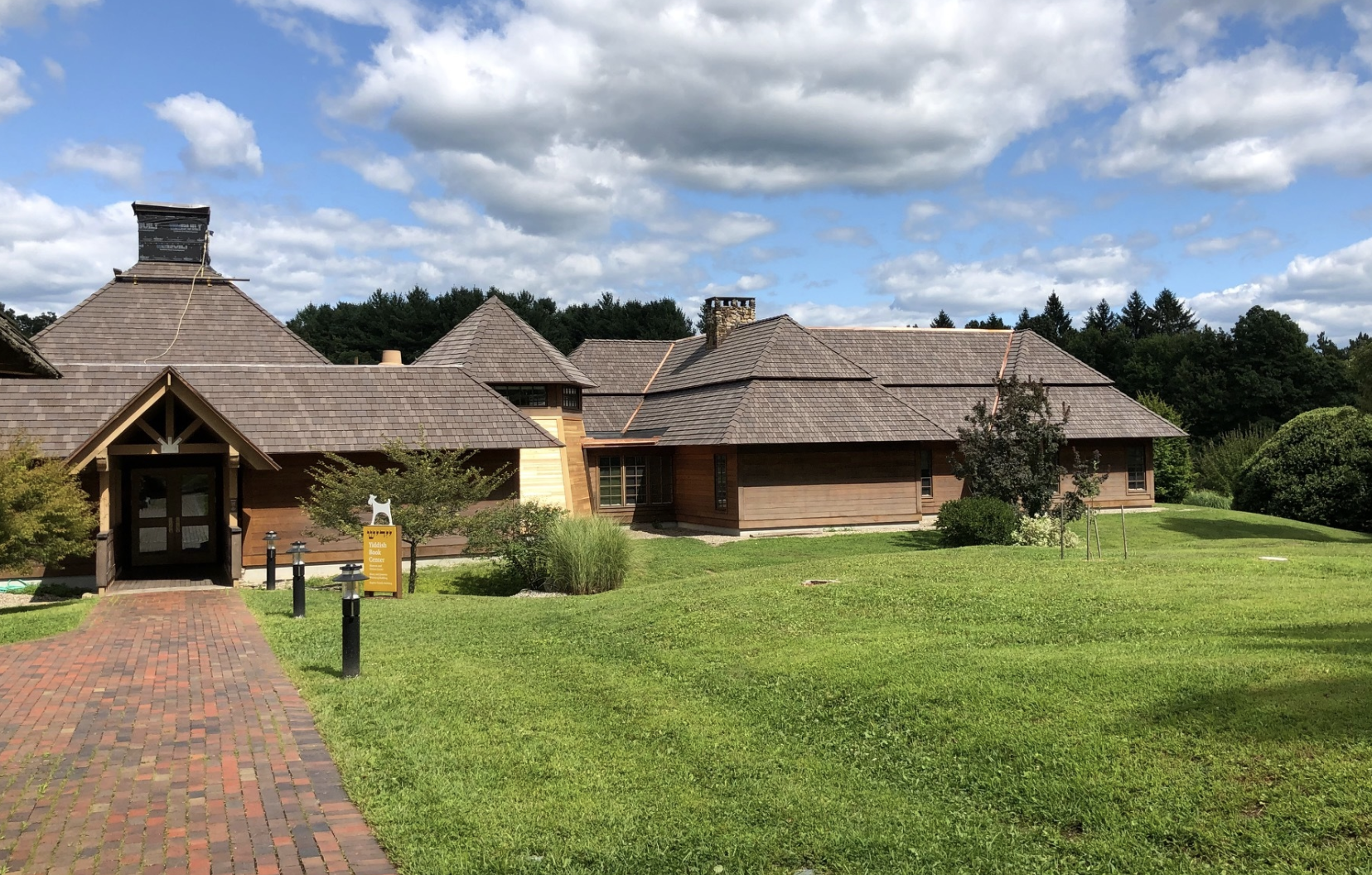 The Yiddish Book Center is a nonprofit organization whose mission is to preserve and celebrate Yiddish and modern Jewish literature and culture. Located in Amherst, Massachusetts, the Center is a repository for historic works of literature and art, and it hosts various educational and cultural programs throughout the year to share them with others. The complex that houses the Yiddish Book Center was designed to resemble a shtetl, or traditional Jewish town common in Eastern Europe before World War II. The effect is achieved by incorporating multiple steep-slope roof sections with distinctive double rooflines, all topped by cedar shakes. But when the natural cedar shake roof system began to fail, the priceless works of art and literature were suddenly at risk.

Administrators reached out to Tech Roofing Service Inc., Chicopee, Massachusetts, to repair the leaks and assess the condition of the roof, which included several interlocking steep-slope and low-slope sections. Tech Roofing, founded in 1975, focuses primarily on commercial projects and prides itself on its ability to install a wide variety of systems.

Joshua Narkawicz, vice president of Tech Roofing, says the company thrives on jobs with multiple scopes of work. “We like complex jobs,” he says. “Those are the ones we love. We’re not afraid of anything — the more difficult, the better.”

As Tech Roofing repaired the leaks, Narkawicz realized the roof was nearing the end of its service life. Tech Roofing crew members handled preventive maintenance issues while they worked with the Yiddish Book Center to develop a plan and a budget to replace the entire roof system.

“Two years ago, we started to develop a game plan of what the end stage was going to be on re-roofing,” Narkawicz says. Working with the client and the original architect, the team explored re-roofing with wood shakes, as well as various options for synthetic shake roofing. Narkawicz worked with his local supplier, Beacon Roofing Supply’s branch in Chicopee, Massachusetts, to obtain samples of various synthetic shake products. The goal was to find the product that would most closely mimic the look of real cedar shake while providing a longer service life with fewer maintenance issues. “They ended up deciding to go with the DaVinci Multi-Width Shake product in Tahoe.”

The schedule would be a daunting one, as the job would have to be sandwiched in during a summer break period, with work beginning right after a major event in mid-July and wrapping up before the end of August. “They still had some classes being conducted over the summer, so were kind of playing hopscotch,” Narkawicz notes. “There were four buildings we had to kind of jump around to work on.”

The removal of the existing steep-slope roof was the first step. “We ended up tearing off the existing wood shakes and breather vent,” Narkawicz says. “There was 30-pound felt beneath every layer. We tore everything off, down to the existing tongue-and-groove, which was in beautiful shape.”

As one crew did the tear-off work, a second crew installed custom fabricated copper drip edge and applied Grace Ice & Water Shield to dry in each section before the end of the day. The roofing crew then started installing the synthetic shake roofing tiles.

“Guys were falling back and setting the DaVinci starter courses over the custom fabricated copper drip edges,” Narkawicz explains. “We then started snapping lines and installing the DaVinci Multi-Width Shake. They chose a 9-inch exposure, and it has a multi-width pattern, so they range from 4 inches to 6 inches to 8 inches, and are staggered to get the desired look.”

The synthetic shake tiles were installed using a nail gun and 1-5/8-inch coiled ring shank nails. “There are marks on each shake that determine precisely where the nails should go,” says Narkawicz.

With the hut-shaped roofs bunched closely together, the courses had to line up perfectly, so crews were meticulous in the installation process, checking it carefully against the other sections as work proceeded.

At the horizontal break at the mid-roof, it was like starting the roof installation all over again. “That break was purely an aesthetic feature,” says Narkawicz. “We got the shingles up underneath there as high as we could. There was an existing head flashing there, and we sealed it in with copper ring shank nails as the counterflashing went over it. Then we started on the next tier, installing another copper drip edge and starter course, just like we were starting a separate roof.”

Some of the steep-slope roofs had a small section of flat roofing at the peak, while others had ridges where GAF Cobra ridge vent was installed. “DaVinci has pre-molded ridge caps, and we used those on the hips and on the ridge for a uniform look,” says Narkawicz. “They were actually really easy to install.”

After the steep-slope work was completed, work began on the low-slope sections. Tapered insulation was installed and topped with a 60-mil fully adhered EPDM roof system from Carlisle. Tech Roofing crews also rebuilt a small cupola, which was sided with rough cedar planks.

Challenges on the project included not only the compressed schedule but tricky logistics at the jobsite. Crews had to work closely with the Yiddish Book Center to make sure work did not affect ongoing classes. Narkawicz credits Ollie Schmith, the building and grounds supervisor, for helping coordinate the schedule. “He was phenomenal,” Narkawicz says.

The property is bordered by an apple orchard and has streams running through it, so access to some roof areas was difficult. There are also several elevation changes, and the back of the building features a landscaped terrace.

“We had to make sure the roof was set up correctly with the crane,” Narkawicz states. “We also had two scissor lifts on site, as well as a shingle buggy — the Equipter. The Equipter was huge for the tear-off because of the distances we had to travel to the dumpsters, which had to be located at the edge of the site.”

The project featured a multi-pronged safety plan. On the flat roof, crews used stanchions with a warning line and a safety monitor. During the steep-slope installation, crew members did some of the work from lifts, while other areas were scaffolded. Workers on the sloped sections were tied off at all times. “The guys would have ropes and harnesses,” explains Narkawicz. “We used planks and brackets for the removal, and we would have the shingle buggy down at the bottom to catch the debris. When we started going back up, we had the scissor lifts at the bottom with the material, and the guys did the first 5 feet or so working from the scissor lifts.”

Rainy weather made the schedule even tougher, and crews worked on weekends to keep the project on track. Narkawicz credits the teamwork of his company’s multi-talented crews for the successful outcome of the project.

“It was a great project overall, and a great client to work for,” Narkawicz says. “It just demonstrates the expertise of all the guys. We did the carpentry work, the sheet metal, the installs, the ripping. That’s a huge part of our company — we all do everything as one.”