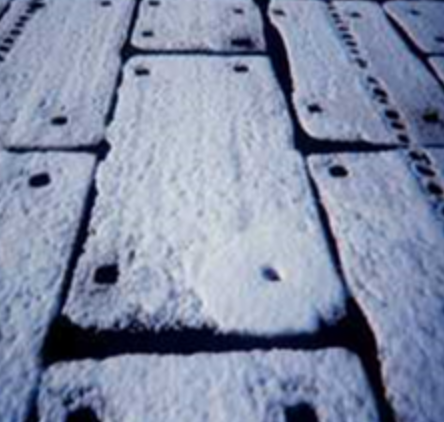 Photo 1. Conditions such as this, in which the fastener plates melt the snow, visually demonstrate the heat loss that is a known entity to roof installers and knowledgeable roofing professionals. 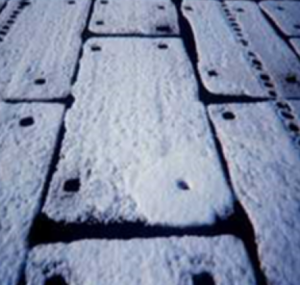 Photo 1. Conditions such as this, in which the fastener plates melt the snow, visually demonstrate the heat loss that is a known entity to roof installers and knowledgeable roofing professionals.

You may have overheard conversations such as this:

Mechanical Engineer: “We sized the mechanical unit based on the code required effective thermal value.”

New Building Owner: “But why are my cost 30 percent above your estimates and I am needing to run my units constantly and they still barely maintain a comfortable environment?”

Mechanical Engineer: “We have checked all the set points and systems and they are all working, albeit with a bit of laboring. We don’t know why there is not enough heat.”

New Building Owner: “Well, someone is going to have to pay for this!”

Scenarios and liability questions like this are being repeated across the northern North American continent, and to mechanical engineers, architects and owners, the cause is a mystery. Perhaps they should have talked to seasoned roofing professionals and consultants. They could’ve told them that many mechanically attached roofs, incorrectly promoted and sold as energy-saving systems, were actually energy pigs. One only needed to walk a mechanically attached roof with a few inches of snow on it to see the heat loss occurring. It doesn’t take scientific studies and long-winded scenarios to prove this — just get up on the roof and see it. (See Photo 1.) 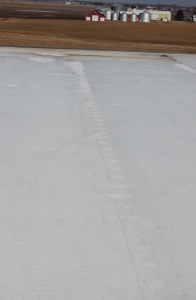 Photo 2. When a light dusting of snow blew off this 2 million-square-foot facility in central Illinois, every single mechanical fastener and insulation joint could be identified by the ice visible at their locations. This roof needed to be replaced due to condensation issues several years after installation at a cost of more than $10 million.

I spoke on this topic back in 2007 at the RCI Cool Roofing Symposium. I always like being a soothsayer, and several recent studies are demonstrating and attempting to quantify this energy loss that most roofers could tell you was there.

For years the NRCA suggested a loss of thermal value of 7 percent to 15 percent through the joints in a single-layer insulation application and through mechanical fasteners used to secure the insulation. (The NRCA has since removed this figure and suggests that professionals be consulted to determine thermal heat loss.) The NRCA recommended a cover board to reduce this effect. This was at a time when roof covers were predominantly BUR, modified bitumen or adhered single plies. The upsurge in mechanically attached single-ply membranes, brought on by low-cost installation and the promise of energy savings, changed the game. No one was asking, if there could be a loss of 7-15 percent when mechanically attaching insulation, what could the effective R-value loss be when we install thousands of fasteners and plates 12 inches on center (or less) down a membrane lap seam? Gee, haven’t we seen that before?

The code and standard bodies — ICC, IECC, ASHRAE — have been repeatedly raising required thermal insulation values over the past decade in an attempt to conserve energy; that is their intent. They listened to astute designers and 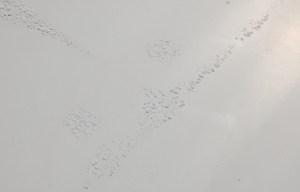 Photo 3.This is close-up of the roof shown in Photo 2. Heat loss through the screws and fastener plates and through joints in the single layer of insulation melted the snow. The water froze when the temperatures dropped and the ice was revealed when a light wind pillowed the membrane and the remaining snow blew away.

prescribed two layers of insulation, and then again to determine the minimum R-value and not allow averages. The intent is clear. The required R-value per ASHRAE zone is to be achieved.

Their goals were laudable, but not all roof systems achieved the in-place R-values required. So, this article is in part an attempt to educate code officials and explain the need for a change.

Words can explain the phenomenon of thermal loss, but photos are worth a thousand words, and since my editor has told me that I cannot have a 4,000-word article, I leave it to the photos to do the talking. (See Photos 2, 3 and 4.)

Their study exposes a shortfall in many standards that have as their goal a reduction in energy loss through building envelope systems through prescriptive approaches. For roofing assemblies, standards prescribe a minimum R-value, but they do not take into consideration the heat loss that happens though metal fasteners. There are no guidelines or recommendations in regards to thermal loss, including the loss of heat through roof system fasteners. It’s actually ignored. 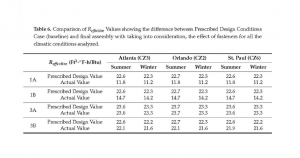 The results of the Singh study, as seen in the graph (Figure A), show that the effects of thermal shorts, e.g., mechanical fasteners used to secure the roof cover, is not negligible. In fact, thermal shorts can result in a loss of 48 percent of the effective value. Read that again! The thermal value of the roof insulation layer on which the mechanical engineer has in part sized the mechanical equipment — and which the owner is counting on for significant energy savings — could be about half of what was assumed. Add in gaps and voids, and the loss in the effective R-value could top 50 percent. What that means is that to achieve the code required R-30, say in Chicago, mechanically fastened roof systems need to have R-45 in the design to meet the effective code required R-value. This last sentence is for the code bodies — are you listening?

The value of this study cannot be underestimated, as thousands of buildings have been constructed since its publication that would not meet an effective R-value check in a commissioning study.

The energy inefficiency of mechanically attached roof systems in ASHRAE zones 4 and above has been known to roofing crews for decades. Now, with the requisite scientific studies completed, the codes need to be revised to reflect the inherent thermal loss through mechanical fasteners. Additionally, studies from Oak Ridge National Laboratory highlight the energy increase required with inherent air changes below the membrane, confirming the need for air/vapor barriers on the deck on mechanically attached roof assemblies. (See “The Energy Penalty Associated with the Use of Mechanically Attached Roofing Systems,” by Pallin, Kehrer and Desjarlais.) 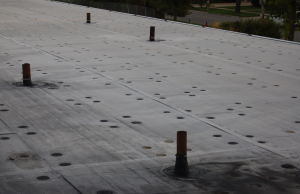 As a starting point for code groups and officials, I suggest the following code revisions:

The goal of energy conservation is a laudable one. The American Institute of Architects’ goal of zero-energy building by 2030 will never be met until real-world empirical information can be presented at code hearings. (For those of you who do not attend code hearings or know the process, information is usually disseminated in two-minute sound bites without documentation.) This lack of information sharing is a travesty and has resulted in numerous code changes that have been detrimental to the goal of energy savings. Time has come for a new way of thinking.

Be the first to comment on "Are You Meeting Thermal Insulation Code Requirements?"