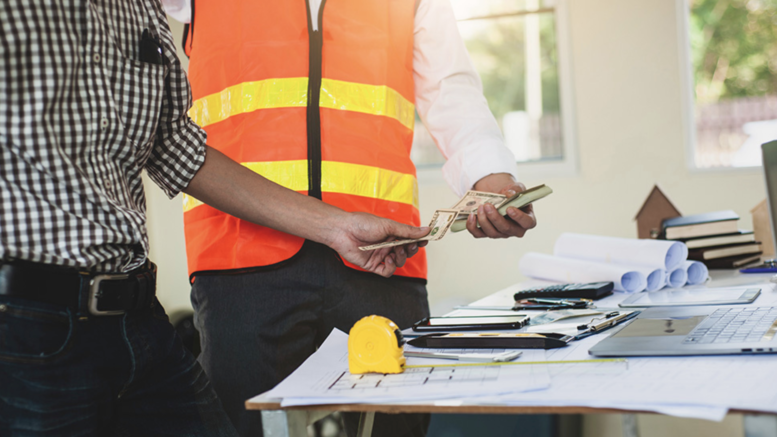 If you are a contractor or subcontractor working on a government project, do you understand your wage obligations under the Davis-Bacon Act?

The Davis-Bacon requirement applies to contracts priced in excess of $2,000 and includes alterations, repairs, and construction of public works and public buildings. The contractor or subcontractor is required to prominently display the applicable wage scale at the worksite.

For DBRA projects, contractors and subcontractors must pay laborers and mechanics weekly, and they are required to submit payroll records to the government contracting agency every week. They must also carefully follow the rules for allowable payroll deductions.

Contractors and subcontractors overseeing Davis-Bacon prime contracts worth more than $150,000, or related act contracts of more than $100,000, must pay mechanics and laborers one and one-half times their basic rates for any overtime hours (beyond 40 hours a week).

In addition to assuring prevailing wages on federal work, some employers must pay set wages on state projects. California, Illinois, Alaska, and other states have adopted “Little Davis-Bacon” laws for jobs that rely on state funding.

How the Prevailing Wage Is Set

Davis-Bacon wage rates are determined based on what contractors local to the project typically pay, per to the U.S. General Accounting Office. However, the wages are also influenced by input from trade unions and other interested parties. Prevailing wage rates vary significantly according to location and can be much higher than rates workers would earn on a private-sector project.

Various construction associations, such as Associated Builders and Contractors, may oppose certain Davis-Bacon requirements. Some assert that the process for setting prevailing wage rates is not transparent and/or that the regulation proves challenging for smaller employers to compete with larger contractors. In contrast, wage advocates assert that without a rate minimum, some contractors will lower wages to win projects rather than finding other ways to cut costs.

Under the Biden Administration

Despite any debate about the Davis-Bacon requirements, the requirements are likely to remain in place for the foreseeable future. The newly appointed Secretary of Labor, Marty Walsh, a former union leader, is a supporter of raising the minimum wage. He is also a proponent of workers’ rights. President Biden has also made it known that he plans to create more union jobs with his proposed infrastructure initiatives.

To ensure Davis-Bacon compliance, contractors are advised to be vigilant and follow these guidelines:

• Determine if the prevailing wage applies. Some projects, such as a federal office building, are clearly subject to Davis-Bacon. However, other projects might not be as obvious. For example, a private building project might be covered by Davis-Bacon if part of it will be leased to a federal agency.

• Do not assume that union rates are enough. Union contractors still need to check the prevailing wage rates for their projects. This is especially true if they operate in multiple jurisdictions. Usually, the collective bargaining rate will match the prevailing rate, but not in every case.

• Keep an eye on subcontractors. General contractors are responsible for their own compliance, as well as that of their subcontractors. It is critical to double-check that subs are paying the prevailing rate.

• Document everything. Keeping up with workers’ hours, breaks, and responsibilities can be challenging. However, contractors and subcontractors must carefully record everything on their payroll forms, including job information, work classification, hours worked, and wage rate paid for every worker.

Contractors and subcontractors who fail to follow Davis-Bacon stipulations may see their contracts terminated. They may also be ineligible for future contracts for up to three years. In addition, if payroll forms are inaccurate, the person who signs those documents can be charged with perjury.

In addition to the Davis-Bacon Act itself, Congress has added prevailing wage provisions to approximately 60 statutes, which assist construction projects through grants, loans, loan guarantees, and insurance. These “Related Acts” involve construction in such areas as transportation, housing, air and water pollution reduction, and health. If a construction project is funded or assisted under more than one Federal statute, the Davis-Bacon prevailing wage provisions may apply to the project if any of the applicable statutes requires payment of Davis-Bacon wage rates.

The scope of each of the related acts is determined by the terms of the particular statute under which the Federal assistance is provided. For example, Davis-Bacon prevailing wage provisions would apply to a construction contract located in Guam or the Virgin Islands funded under the Housing and Community Development Act of 1974, even though the Davis-Bacon Act itself does not apply to Federal construction contracts to be performed outside the 50 States and the District of Columbia.

If you are unsure of whether you have Davis-Bacon or related act obligations, it is critical that you seek legal assistance from competent legal counsel. You can also find information on the Department of Labor website (wage and hour division). Otherwise, you risk losing contracts, missing out on profitable projects, and possibly facing other legal exposure.

About the author: Rick Blystone is Partner at Cotney — Attorneys & Consultants who is Florida Bar Board Certified in Labor and Employment Law. Cotney is an advocate for the construction industry and represents industry professionals in all facets of construction law. For more information, contact the author at (866) 303.5868 or visit cotneycl.com.

Is There Ambiguity About Regulatory Compliance With Edge Metal Systems?

Be the first to comment on "Assuring Davis-Bacon Compliance"