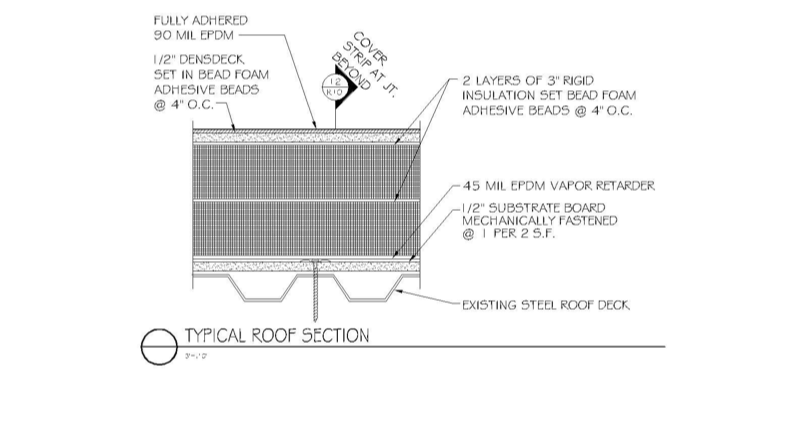 There has been a great deal of opinion expressed in the past 15 years related to the roof cover(s), or the top surface of a roof system, such as “it can save you energy” and “it will reduce urban heat islands”. These opinions consequently have resulted in standards and code revisions that have had an extraordinary effect on the roofing industry. 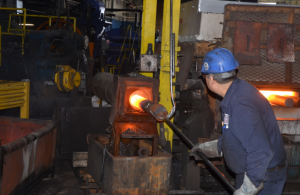 The building type should influence the type of roof system designed. Some spaces, like this steel plant, are unconditioned, so insulation in the roof system is not desired.

Let’s say it loud and clear, “A single component, does not a roof make!”. Roofs are systems, composed of numerous components that work and interact together to affect the building in question. Regardless of your concern or goal—energy performance, urban heat-island minimization, long-term service life (in my opinion, the essence of sustainability) or protection from the elements—the performance is the result of an assembled set of roof system components.

Energy conservation is an often-discussed potential of roofs, but many seem to think it is the result of only the roof-cover color. I think not. Energy performance is the result of many factors, including but not limited to:

Building use: Is the building an office, school, hospital, warehouse, fabrication facility, etc.? Each type of building use places different requirements on the roof system.

Spatial use and function be low the roof deck: It is not uncommon in urban areas to have mechanical rooms or interstitial spaces below the roof—spaces that require little to no heating or cooling. These spaces are typically unconditioned and unoccupied and receive no material benefit from the roof system in regard to energy savings.

Roof-deck type: The type of roof deck—whether steel; cast-in-place, precast and post-tensioned concrete; gypsum; cementitious wood fiber; or (don’t kill the messenger) plywood, which is a West Coast anomaly—affects air and moisture transport toward the exterior, as well as the type of roof system.

Roof-to-wall transition(s): The transition of the roofing to walls often results in unresolved design issues, as well as cavities that allow moisture and vapor transport. 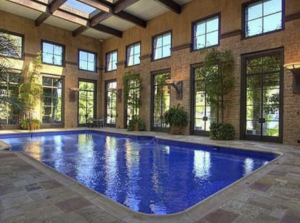 Meanwhile others, like this indoor pool, require extreme care in design and
should include a vapor retarder and insulation.

Roof air and/or vapor barrier: Its integration into the wall air barrier is very important. Failure to tie the two together creates a breach in the barrier.

The number of insulation layers: This is very important! A single layer of insulation results in a high level of energy loss; 7 percent is the industry standard. When installing multiple layers of insulation, the joints should be offset from layer to layer to avoid vapor movement and thermal shorts.

Sealing: Voids between rooftop penetrations, adjacent board and the roof-edge perimeters can create large avenues for heat loss.

With Today’s ‘New Age’ Roofs, Removing All System Components May Not Always Be Required or in the Clients’ Best Interest

Be the first to comment on "Attention Roof System Designers: Numerous Roof Components Work Together to Affect a Building"