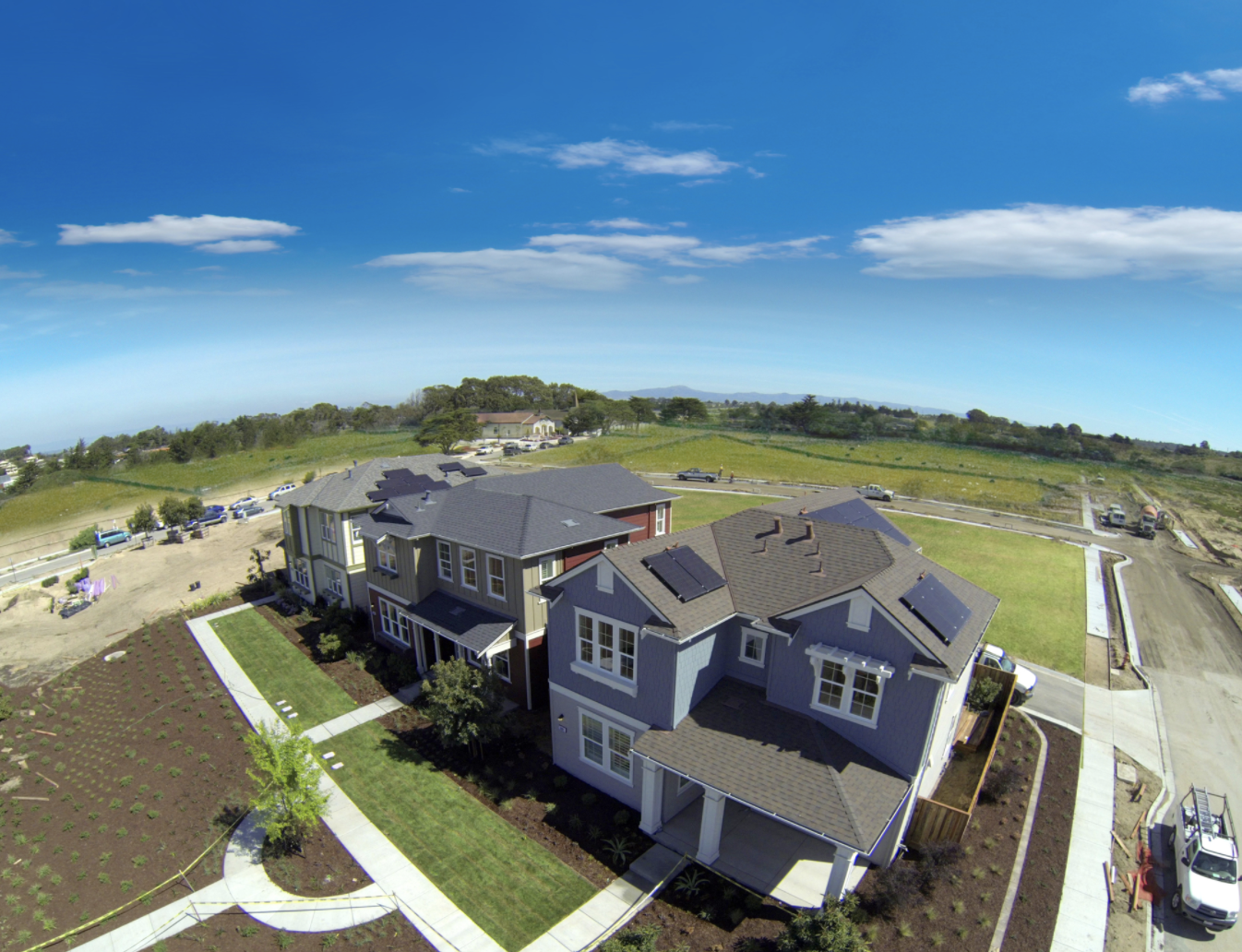 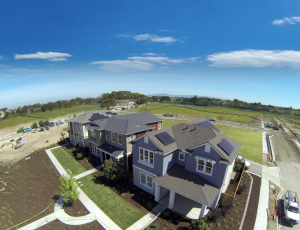 The importance of solar energy to provide renewable energy options and protect the health of our environment is a national movement that got a big boost in California recently. The state government adopted new policies to establish a more progressive foundation for the use of solar power in residential buildings as part and parcel of its pioneering “net-zero” mission.

While California is at the leading edge of solar energy production, other states such as Colorado, New Jersey and Virginia are not far behind. So, whether roofing companies are working in California or somewhere else in the country — especially the so-called “sunshine states” — it would be smart for them to better understand the state-of-the-art technologies as well as nuts-and-bolts mechanics of high-performance solar energy systems.

Of most interest to roofers in California is a far-reaching energy policy adopted earlier this year by the California Energy Commission requiring that solar photovoltaic (PV) electric systems be installed on virtually every new residential dwelling built in the state starting in 2020. “California is about to take a quantum leap in energy standards,” stated Robert Raymer, technical director for the California Building Industry Association. “No other state in the nation mandates solar, and we are about to take that leap.”

For California’s roofing industry, this pro-solar policy could open the door for significant new business opportunities as home builders prepare for the 2020 implementation. 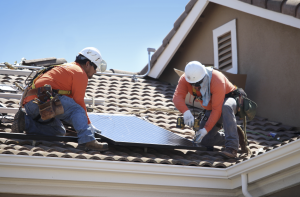 California has been a leading proponent of solar power for the past decade with its goal of reaching net-zero energy usage by 2045. Committed to the long-term use of solar power, the California Energy Commission took a major step toward achieving that goal, and beyond, by adopting a policy in May of this year that will make solar energy systems standard on virtually every new home built in California starting in 2020.

California’s net-zero mission dates to 2007 when the Energy Commission adopted the goal aimed at making homebuilding so efficient “newly constructed buildings can be net zero energy by 2020 for residences and by 2030 for commercial buildings.” Under this policy, solar energy was considered one component of building more energy efficient homes — but was not required.

“Under these new standards, buildings will perform better than ever, and at the same time they contribute to a reliable grid,” explains CEC Commissioner Andrew McAllister, who is the commission’s lead on energy efficiency. “The buildings that Californians buy and live in will operate very efficiently while generating their own clean energy. They will cost less to operate, have healthy indoor air and provide a platform for ‘smart’ technologies that will propel the state even further down the road to a low emissions future.” 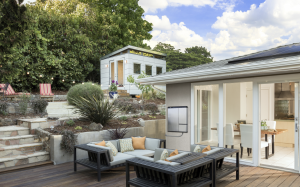 With the new standards in place, more advanced solar products and roofing systems will become the norm as consumers expect optimum performance and maximum savings from their solar investments. Based on a 30-year mortgage, the Energy Commission estimates that although the new standards could add about $40 to a residential homeowner’s average monthly payment, they will save consumers $80 on monthly heating, cooling and lighting bills.

“With this adoption, the California Energy Commission has struck a fair balance between reducing greenhouse gas emissions while simultaneously limiting increased construction costs,” explains California Building Industry Association CEO and President Dan Dunmoyer. “This set of cost-effective standards ensures homebuyers will recoup their money over the life of the dwelling.”

California’s most recent pro-solar policy, SB 700, was signed into law by California Gov. Jerry Brown in September and promises to give use of solar energy another big boost in the state. The new measure extends California’s Self-Generation Incentive Program (SGIP) for an additional five years, from the current January 1, 2021 expiration date until January 1, 2026. SGIP provides substantial rebates to homeowners through the state Public Utilities Commission for the installation of energy storage systems that save solar power for use during off hours such as evenings and cloudy days, or during utility blackouts.

This extension should also add to the demand for new and retrofit solar systems — a boost that could benefit roofing companies which also install solar panels.

Understanding this potential, PetersenDean Roofing & Solar is at the forefront of storage battery technology as a key component of our solar energy systems. To this end, we have partnered with SolarEdge, a global leader in PV inverters, power optimizers, and module-level monitoring services, and LG Chem, the world’s largest lithium-ion battery manufacturer. With this partnership in place, our company has made a major leap towards utilizing state-of-the-art storage battery technology as part of the solar packages we offer to our builder customers and home owners.

High-performance storage systems such as lithium ion batteries also dramatically increase the homeowner’s independence from utilities and the associated challenges related to stability and rate increases with lower energy costs. A grid-connected residential energy storage system that synergistically combines solar and energy storage can greatly reduce a homeowner’s operational reliance on the local electric utility. Simply put, modern batteries make it possible for homeowners to use stored solar energy not only during the night and possible blackouts, but during peak demand times when utility rates are at their highest, thus keeping their monthly utility bills lower.

On a macro level, storage battery technology offers electric utilities the opportunity to create a smarter power grid that, among other benefits, can give the utility better control over managing peak demand and thus reduce the need for new, extremely costly generation plants to cover that demand. Considering all the changes required by utilities and regulatory agencies as these entities respond to the new energy age, this transformational storage technology provides energy producers more creative ways to connect with home builders and home owners, giving them greater control over their efforts to save money and help our environment by using more renewable energy.

This also creates huge potential. The market research firm IHS Markit states that energy storage is considered critical to enabling power delivery systems that are heavily reliant on renewable energy, and batteries will play an important role in this transition. According to Grid-Connected Energy Storage Market Tracker by IHS Markit, 130 gigawatt hours (GWh) of battery energy storage will likely be installed worldwide between 2018 and 2025.

Continuing education is critical. As alternative-energy policies such as those adopted by California become more prevalent in states across the country, builders and their planners/architects must be in tune with the changing demands and requirements of structural design and implementation that optimize the performance of solar as well as other non-polluting energy producing systems.

“There is a lack of awareness and technical expertise with respect to creating cost-effective net zero energy communities,” explains Judi G. Schweitzer MRED, AMDP, CALGreen CAC, founder and owner of Orange County, California-basedSchweitzer & Associates. An energy consultant for the state as well as major residential developers, Schweitzer states emphatically that one of the top priorities to achieving optimum performance is education.

Whatever aspect of solar energy production in which a roofing company or other vendor may be involved, ongoing education is key to knowledge and success. To assist roofing companies with education and information, the National Roofing Contractors Association (NRCA)hosts as part of its website The Rooftop Solar Resource (www.rooftopsolarresource.com). This site serves as a comprehensive resource for homeowners, business owners, building managers and consumers looking for information regarding solar rooftops, as well as a resource for contractors, suppliers, architects, designers and consultants seeking more information regarding the technical aspects of rooftop solar installations.

Nevertheless, while much has been written and says about solar energy and its benefits, education about system design and proper installation is at best, lagging. For example, we are still amazed as we do our on-the-ground assessments how many residential solar panel systems are improperly designed and installed, such as not orienting solar panels for maximum exposure to the sun.

Along with orientation, Schweitzer points out that the size of a solar PV system will depend on such factors as the location of a home and its relative climate zone. Obviously, solar panels will perform better on homes located in sunbelt states, but even in these regions, design and installation are critical to performance. One other point that falls under education: Something as basic as the correct color of a roof can improve the performance of a solar energy system. Combining a PV system with a so-called cool roof — usually white or light colored — can boost the performance of a solar system by as much as 10 percent. When it comes to the wise production of energy, every percentage point counts.

About the Author: Gary Liardon is president of the Consumer Group Nationwide at PetersenDean Roofing & Solar, a full-service roofing and solar company based in Fremont, California that employs 3,000 workers and operates in 11 states. For more information, visit www.petersendean.com.

Gary Liardon is president of the Consumer Group Nationwide at PetersenDean Roofing & Solar, a full-service roofing and solar company based in Fremont, California that employs 3,000 workers and operates in 11 states. For more information, visit www.petersendean.com.

Living Building Challenge: 25 Projects Have Been Certified by the International Living Future Institute