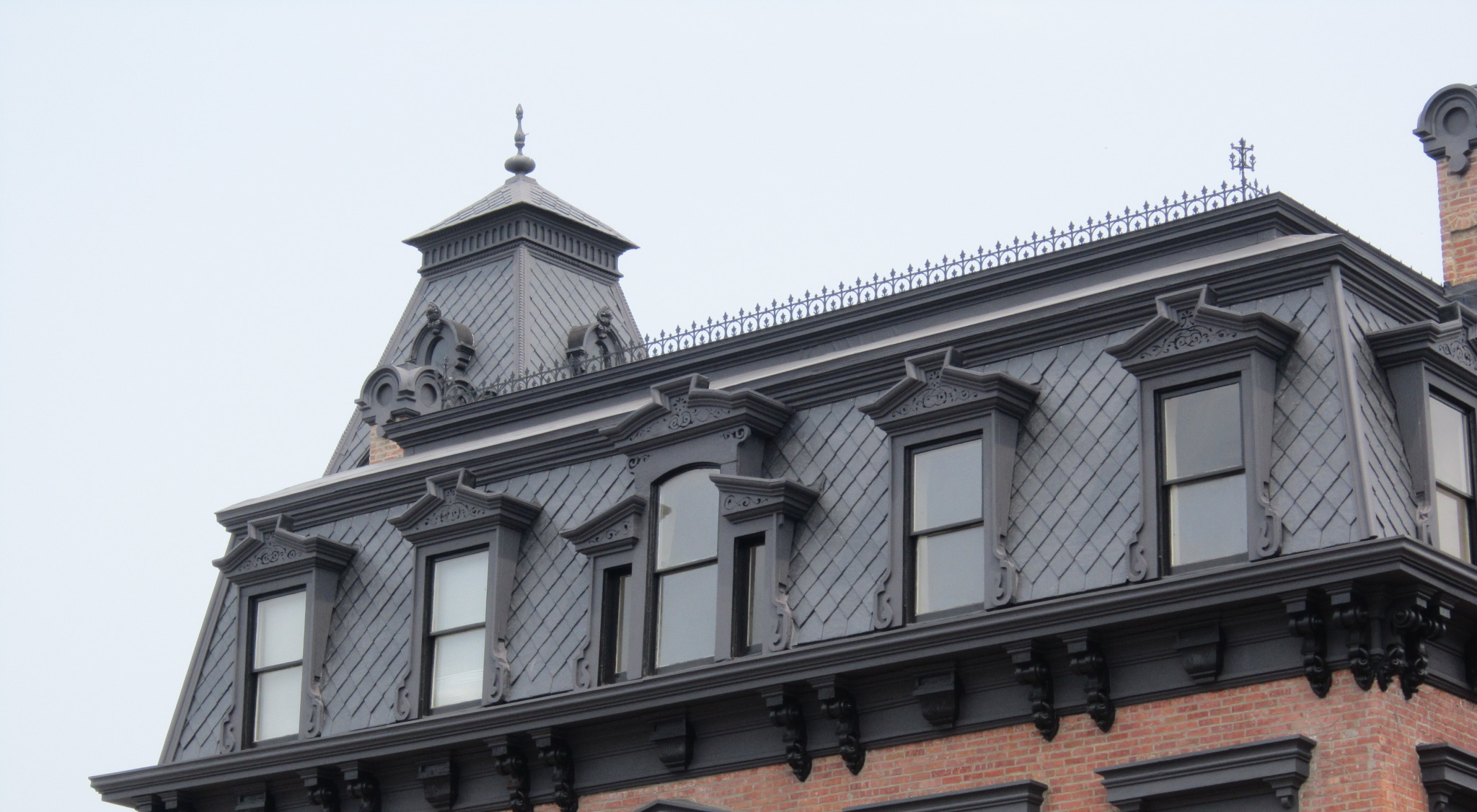 Selecting a historically appropriate roofing material is often restrictive as a simple matter of economy. Not everyone can afford a new slate roof. But individually landmarked structures and those in local historic districts are often monitored by historic district commissions (HDCs) that typically require property owners to replace in-kind or with an otherwise historically appropriate material.

Although the preference is replacement in-kind, an intelligent argument for an alternative can often be made. The HDC can consider other materials that were available at the time of construction, as well as what buildings of similar style in the community have on their roofs. A Queen Anne may have started with a polychromatic Vermont slate roof, but the commission can consider that nearby Queen Annes have monochromatic Monson slate or even cedar shingles. A Greek Revival may have a silver-coated tin roof, but few would argue with a homeowner willing to replace it with standing-seam copper. Let’s look at several American building styles and the materials used to roof them. 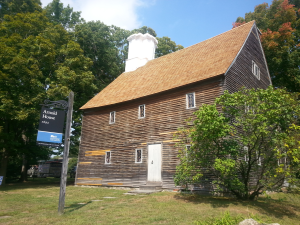 From the New England Salt Box to the Dutch-vernacular homes of upstate New York, the earliest structures in the American colonies were roofed with wood shingles.

From the New England Salt Box to the Dutch-vernacular homes of upstate New York, the earliest structures in the American colonies were roofed with wood shingles. It is a myth they were covered with hand-split shakes because these sometimes do not hold up well. Wood shingles were easily made by planing down the shakes to a uniform thickness for ease of installation.

In the Northeast, Eastern white cedar was the typical material used while cypress was often used in the South. Western red cedar was not used much in the eastern U.S. until after the 1850s and should not be considered appropriate on a circa-1820, Federal-style structure in Connecticut. Eastern white cedar, however, rarely lasts longer than 10 years in a roofing application. Instead, preservation architects now specify Alaskan yellow cedar. Predominantly distributed from British Columbia, this dense wood is favored because of its longevity and because it develops a silvery patina, like Eastern white cedar, within one year.

Many of these buildings have low-slope roofs and are often obstructed by a balustrade that runs across the top of the eaves. In congested, urban environments, the roof may not even be visible from the street. This raises the obvious question: What needs to be done when an element of the exterior is not within the street view? Most HDCs use that standard question to limit their purview over a proposed alteration. If your roof falls into this category, then you should pick the most enduring and sustainable material you can afford.

These structures were not often originally covered in slate, though many are today. Original roofs were wooden shingles—less than ideal on a roof with a shallow pitch. In limited instances, standing-seam or flat-lock-seamed roofs are seen on these building styles. To find out what’s appropriate, check out roofs on structures of the same style in your neighborhood and neighboring communities. 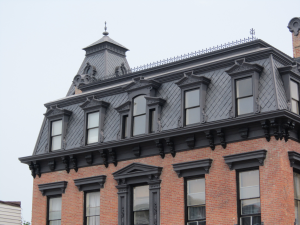 The mansard roof is the character-defining feature of the Second Empire style. A mansard is essentially a hipped gambrel. The lower roof, between the eaves and upper cornice, is most often covered in slate.

This style also features a low-slope roof, typically 4:12. Although the original roof material may have been wooden shingles, many of these roofs in the Northeast were replaced by a more sustainable material long ago. Flat-lock tin or terne-coated steel were typical from the late 1800s on. Because many of these structures also have box gutters at the eaves, keep in mind that relining these systems is costly and will need to tie in to the new roof material. (See “Traditional Gutter Systems in North America”, March/April issue, page 56, or bit.ly/1Mw7Qek.) It is not uncommon for an affordable membrane, like EPDM or TPO, to be used on the majority of the roof while a costlier appropriate material, like copper, covers the visible, projecting “porch” roof.

Ward Hamilton has provided historic-preservation consulting and contracting services for more than 100 buildings in Boston, New York and throughout the New England states through his company Olde Mohawk Historic Preservation, Melrose, Mass.