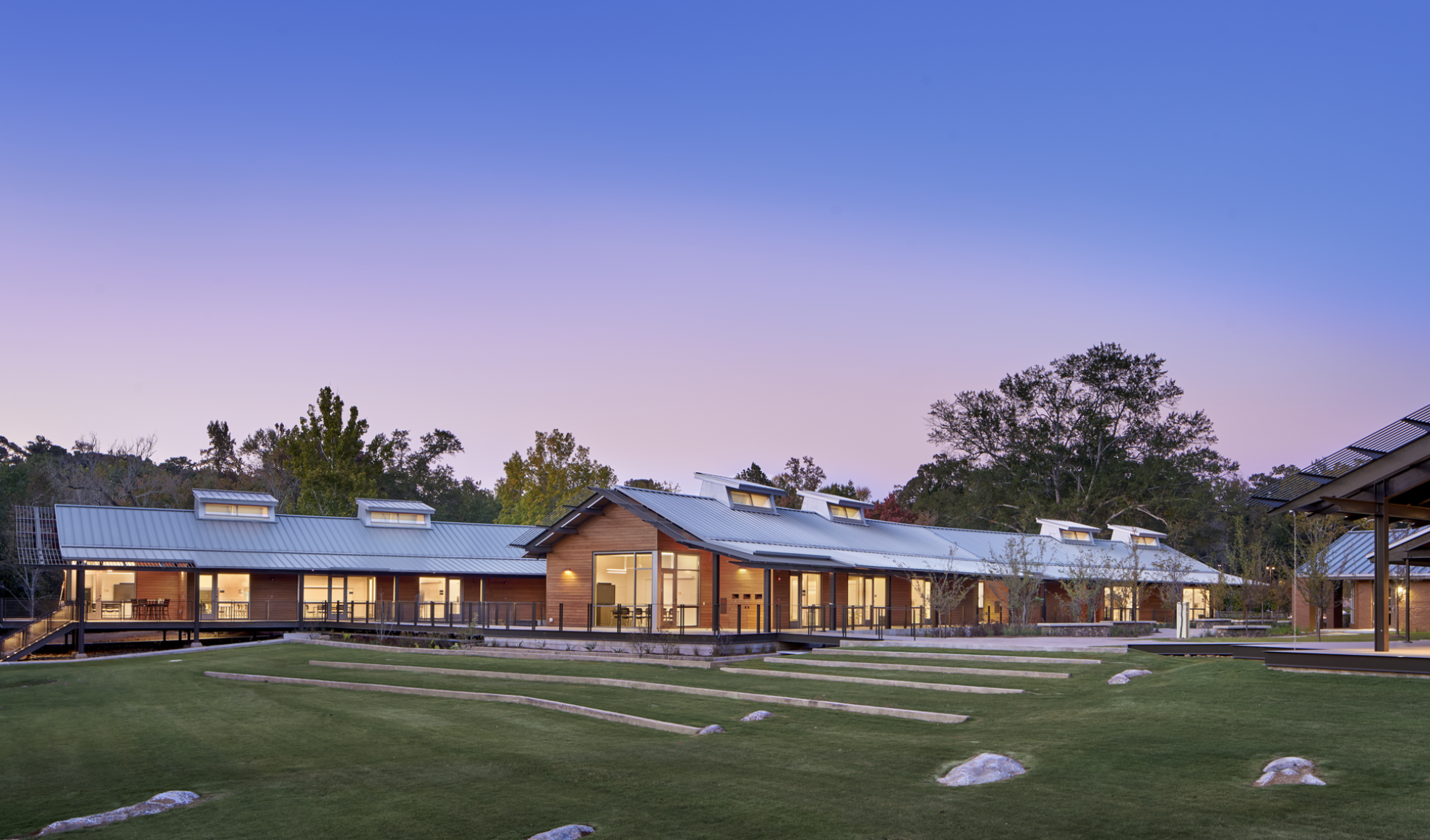 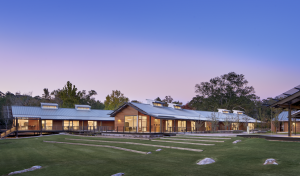 When founded in 1952, the master plan for Indian Springs School in Birmingham, Alabama, called for campus development to maintain focus on the lake at the center of the school’s wooded 350-acre property. During the past 30 years, however, focus was lost, so a new plan was made to demolish some existing structures and construct buildings that re-establish a connection to the lake. The school enrolls 280 students in grades 8-12.

Phase one of a three-phase construction plan consisted of constructing three new cypress-clad, single-story classroom buildings and a new administration building, plus a re-roof of an existing library building. Oversight of design and construction was handled through a partnership of Lake Flato Architects in San Antonio and ArchitectureWorks in Birmingham. The first phase utilized 45,000 square feet of Petersen’s 18-inch-wide, 24-gauge Snap-Clad and Tite-Loc roof panels in Cool Color Zinc. The new buildings, which added 18 classrooms and 18 administrative offices, achieved LEED Silver status.

Installation of the PAC-CLAD roof was completed by Quality Architectural Metal and Roofing in Birmingham. The combination of panels was determined by the roof pitch, according to Eddie Still, the company’s vice president and project manager. “We used the mechanically seamed Tite-Loc panel on a few areas with pitches that required that profile, which amounted to less than 2,000 square feet,” he notes. 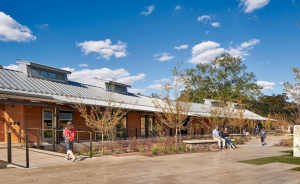 The roof systems were designed to extend over covered walkways, blurring the lines between indoor and outdoor areas. Photos: Petersen

Some of the buildings feature monitors, which provide daylighting to each classroom, onto which QAMR installed PAC-CLAD flush panels for both the vertical and horizontal sections. This was a big job, Still notes. “Installation went smoothly, but finding manpower to get it done was the problem,” he says. “The job was big with multiple buildings, and I wasn’t able to stop all of our other projects for this one job. So, we approached it like four small jobs. This sounded good in theory, but there were delays with the work in front of us which impacted my schedule. This meant I had to put two crews out there to catch up. And then I had to call one of my friendly competitors and put one of his crews out there to help out. I’ve never done that before, but it worked out. Plus, these architects were good to work with. We had no issues at all on this project. We worked smoothly together.”

Still notes he frequently uses Petersen’s Snap-Clad panel. “The panel performs well and we’ve never had problems with it,” he says. “You don’t need to reinvent the wheel; you just need a product you can depend on. We have a 30-plus year relationship with Petersen and they’re great to do business with.”

The design team sought to respect the school’s original structures’ simple forms and materials while opening the new buildings to nature. “Our notion was that 21st century schools could actually feel more like 19th century schools,” Papay explains, referring to the firm’s back-to-basics approach.

Focus on the Roof

All new buildings feature a roof that extends over covered walkways. “The roof shape allowed us to create transition spaces around each building that blur the lines between indoor and outdoor areas,” Papay says. “We chose a metal roof for longevity, attractiveness and efficiency properties. Plus, Birmingham used to be the steel capital of the South, so to have it on the buildings was a subtle reference to that local history.” 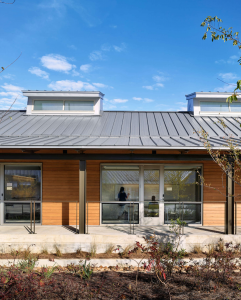 The school’s Southern U.S. location was also taken into account, notes Papay. “It was important to find balance between heat gain and glare inside from reflectivity off a neighboring roof, so we had to find the right color that addressed those issues,” he says “In the end we chose PAC-CLAD’s Cool Color Zinc.”

Lake Flato’s approach to building materials is to allow each to express its nature, where steel and wood in this application remain light in appearance. “We want a metal roof to look thin at the edge, so we don’t use heavy fascia. Some people wrap roof edges with fascia and don’t care if its appearance is thick or heavy, but fascia is not part of our approach; we were mindful of the details,” Papay says.

Papay points out that these buildings have subtle geometry shifts to accommodate natural rock groupings on the land. Therefore, he notes, “there was some roof detailing required where it was not turning at 90 degrees with a simple ridge/valley, so there was some metalworking trickery required at that point. Also, we created roof monitors which are smaller elements that required refined metal work. The roof looks great thanks to a great installation job.”

Be the first to comment on "Challenges With Metal Roof, Manpower Overcome at Alabama School"