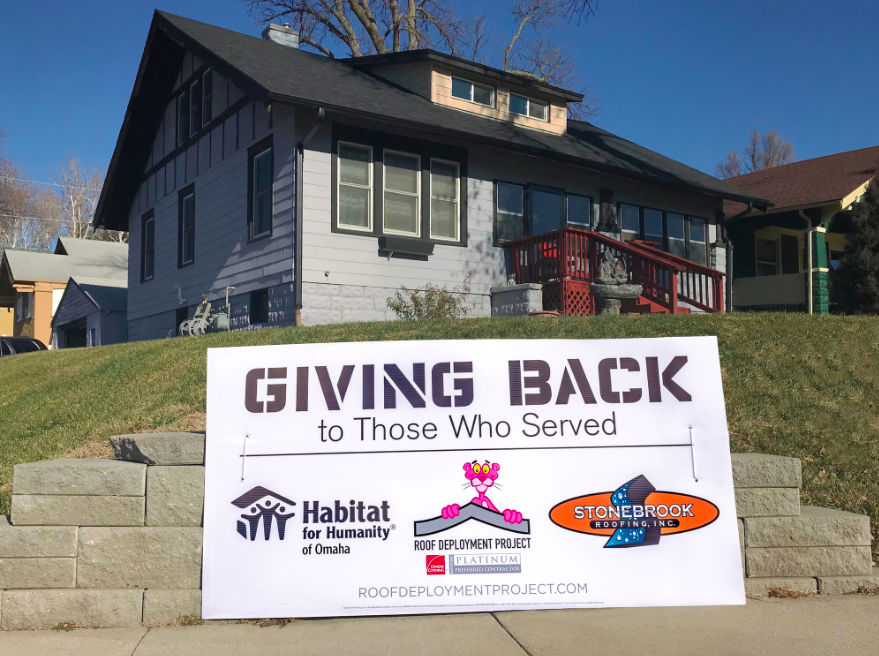 Habitat for Humanity identifies veterans who are in need of a new roof, and Owens Corning donates the materials. Platinum Preferred Contractors donate their team members’ labor to install the roofing systems. Photos: Owens Corning Roofing 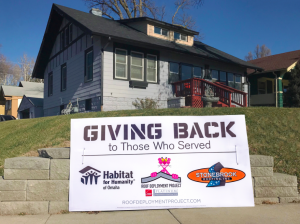 Habitat for Humanity identifies veterans who are in need of a new roof, and Owens Corning donates the materials. Platinum Preferred Contractors donate their team members’ labor to install the roofing systems. Photos: Owens Corning Roofing

Combine the expertise of a global humanitarian organization with roofing system materials donated by a manufacturer. Add the generosity and community-minded spirit of roofing contractors across the nation. Apply the parties’ collective efforts to honor and protect unsung heroes. What is the outcome? For veterans served by the Owens Corning Roof Deployment Project, the results are safer, more comfortable homes. This article shares the story of how one manufacturer connected its relationship with Habitat for Humanity with the expertise of roofing contractors already active in community service to create an integrated program serving American heroes.

An Idea Is Born and Contractors Collaborate

As the grandson of a veteran who proudly served under General Patton in World War II, Brad Beldon, CEO of Beldon Roofing in San Antonio, Texas, has long respected the service and sacrifice of America’s veterans. In fact, his grandfather’s selfless service inspired Beldon Roofing Company to develop a strong legacy of community outreach. When Brad broached the concept of a community service initiative honoring veterans during a Platinum Contractors Advisory Board meeting in San Antonio, his idea was met with broad enthusiasm. Beldon Roofing completed the first “trial project” which served as a model for the national Roof Deployment Project.

Leveraging the humanitarian spirit of Platinum Preferred Contractors across the nation, the Owens Corning Roof Deployment Project is a multi-stakeholder initiative bringing together Habitat for Humanity, members of the Owens Corning Platinum Preferred Contractor Network and the Owens Corning Foundation to support American veterans. The program fuses Habitat for Humanity’s experience building and restoring homes with the expertise of the network’s members to provide veterans with new roof systems. Each partner in the program plays a distinct role. Habitat identifies veterans who are in need of a new roof but are unable to replace the roofs themselves. Owens Corning donates the roofing system materials including underlayment, shingles and other materials needed to replace roofs in disrepair. Platinum Preferred Contractors donate their team members’ labor to specify materials and install the roofing systems.

Since its inception in Spring 2016, the National Roof Deployment Project has installed nearly 60 roofs, and the program’s momentum continues to grow. The practice of giving back is a time-honored tradition for Platinum Preferred Contractors. Owens Corning Contractor Network Leader Jason Lewinski says the program builds upon Platinum Contractors’ rich history of giving back to their communities. “When we rolled the program out at our Platinum national conference in San Antonio, we saw lots of hands go up and heard contractors say loud and clear, ‘I’m ready and willing to participate,’” said Lewinski. “Not one contractor has ever said, ‘this is new to us’ – as many of our contractors are already so community-minded. And many of them don’t stop at the roof. They often want to provide gutters, soffit, fascia, siding or whatever it takes to make the needed repairs.”

Platinum Contractor Tripp Atkinson, owner of ContractingPRO in Memphis, Tennessee, is a good example of a roofer who is also a community servant. He and his team have donated roofing and siding labor for Brinkley Heights Urban Academy, a Christian missionary organization serving at-risk youth. In addition to ministering to the kids, feeding them or just listening to the kids, ContractingPRO finds opportunities to apply its remodeling expertise to the distressed homes of these under-served youth. Remarking on his involvement in the Roof Deployment Project, Atkinson says, “We’re not just putting on roofs, but giving back in a way that is changing lives and helping these veterans enjoy their homes more.” He adds that community service provides an opportunity for his team to make a difference that extends beyond the business. “It’s very important for us to be part of something that is bigger than ourselves and our company,” he said.

Contractors Give Back to America’s Heroes and Communities

The National Roof Deployment Project’s focus on supporting veterans has been especially appealing to contractors, notes Matt Schroder, communications leader at Owens Corning. “Many contractors have shared that they either served in the military or have close members of their family who are active service members,” Schroder said. He added that the Roof Deployment Project has also opened up opportunities for Owens Corning to partner with veteran-focused organizations such as Purple Heart Homes. 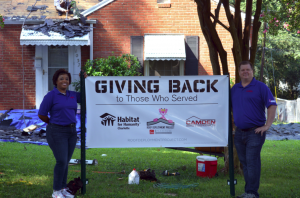 Jon Sabo, owner of RoofRoof in Charlotte, North Carolina, is a good example of a Platinum Preferred Contractor who can relate to the program as a veteran. “As a former Marine myself, I’m personally honored that we’re able to partner with Owens Corning and Habitat to relieve a big stress,” said Sabo, following the donation of a new roof to a veteran. “One of our core values has always been to give back to the communities we serve, and we jumped at the opportunity to be able to give back to someone right in our own back yard.”

Military members’ time away from home can mean maintenance on the home front is neglected. Nick Yadron, owner of M&M Remodeling Services in Crete, Illinois, says that the Roof Deployment Project is an opportunity to say thank you to veterans and help their families. “We all see so much value in this program as a way to say thank you to our veterans. All the Platinum Contractors were really excited when the program was announced a few years ago,” Yadron says.

While he is active in the Chicagoland area, Yadron’s commitment to service goes much further. In 2013 and 2016, he traveled to India on a mission trip where he helped a team establish water wells and build schools. Closer to home, M&M supports Habitat for Humanity. Over the years, his company has also “adopted” a family experiencing hard times and provided new windows, siding and gutters.

Even those not directly impacted by the Roof Deployment Project are engaged by the program. According to Don Rettig, Director of Community Relations and President of the Owens Corning Foundation, the Roof Deployment Project has resonated with both Owens Corning employees and the communities served by Platinum Contractors. Rettig says one welcome outcome of the project is the amount of conversation on Owens Corning internal communication channels and social media. “We’re always excited to see our people take pride in our community engagement,” Rettig says. “This partnership with our contractors to help our nation’s veterans has certainly been well received.”

“We know from surveys that some 93 percent of our people appreciate working for a company that provides opportunities to be involved in supporting the local community,” Rettig notes.

Communities have also taken notice of the contractors and veterans involved in the program. In multiple local markets, media outlets ranging from broadcast television stations to daily newspapers and online news sites have shone the spotlight on this program. In several markets, media have come out more than once to report live from veterans’ homes as contractors replaced a roof. “We’ve seen TV stations return to neighborhoods to produce stories about additional projects — even in the same market,” Schroder says.

A November 6, 2017 article in The New York Times noted an emerging trend in corporate philanthropy is the desire by companies to show both customers and employees that their interests extend beyond making profits, and that companies today are determined to show an impact. As the National Roof Deployment Project illustrates, when roofing contractors, communities, and corporations align with non-profits to engage in service, the results can literally make an impact, one shingle at a time.