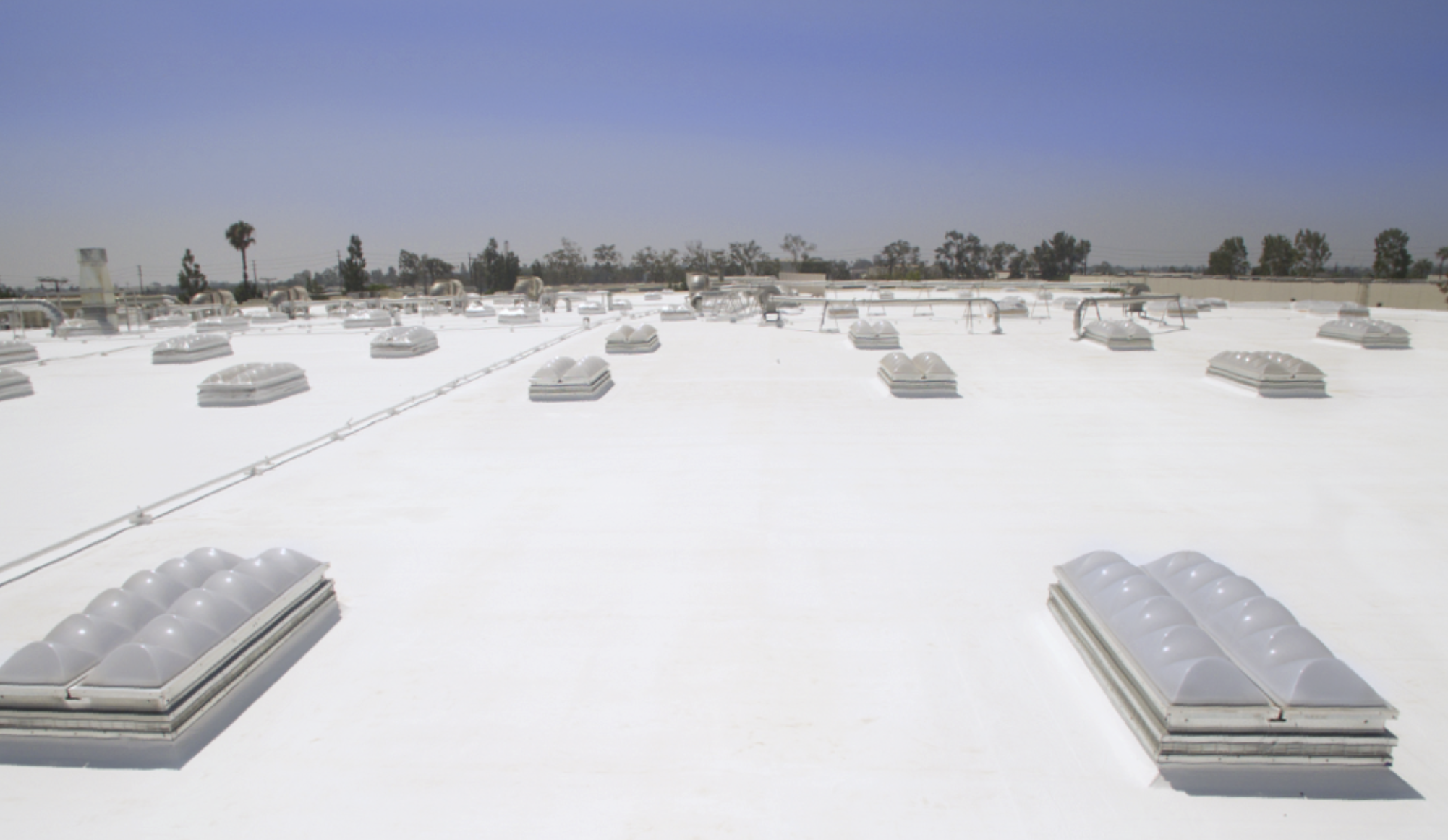 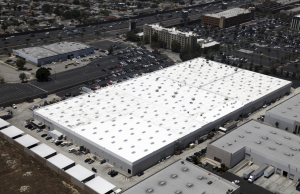 American International Industries manufactures cosmetics at the facility, and great care had to be taken to ensure no dust or fragments would fall from above and contaminate the products. Photo courtesy of Highland Commercial Roofing.

American International Industries was faced with a conundrum. The roof diaphragm on its 1968, 210,000-square-foot, wood-frame manufacturing facility in Los Angeles had deflection caused by structural settlement, but a full roof replacement was not an option.

“The roof was built without a substantial amount of pitch to it and the plywood deck in between the main purlins had settled over time,” recalls Rick Cunningham, president of Highland Commercial Roofing in Baldwin Park, Calif. “Removing the existing roof and deck and restructuring a roof of this size to return it to its original slope was financially unfeasible.”

American International Industries contracted Ernest Orchard, owner of Irvine, Calif.-based Orchard Roofing and Waterproofing Consultants as a project consultant and owner’s representative who closely monitored the job. Orchard selected a reinforced fluid-applied roof restoration system and brought Highland Commercial Roofing into the project because of the company’s specialization with the process and its expertise in commercial flat roofing in the Southwest. (Highland Commercial Roofing has offices in the Las Vegas; Los Angeles; Oakland, Calif.; and Phoenix areas.) 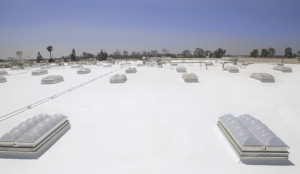 According to Ernest Orchard, another critical consideration in selecting a roofing solution had to do with the activities inside the building. “American International Industries manufactures cosmetics here and we couldn’t have any dust or fragments falling from above into the product,” he says. “In addition, the installation was to take place over the winter while the facility remained operational, and we couldn’t have the building open to weather.”

Be the first to comment on "Roof Sections of Cosmetics Manufacturing Facility Get Expert Makeover With Cold-applied System, SPF and Smoke-vent Skylights"