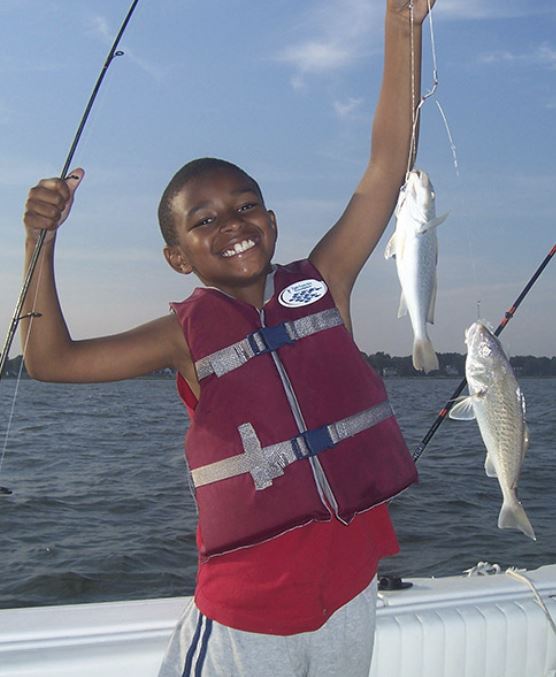 Through Big Brothers Big Sisters of Greater Williamsburg, Wortsell has mentored Jordan for the past 10 years. 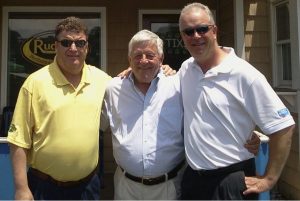 Dan Worstell (right) is pictured with his dad Jerry (center) and his brother Dave (left).

Dan Worstell, president of Pyramid Roofing, which has offices in Newport News, Suffolk, Virginia Beach and Williamsburg, Va., believes the biggest changes can be made with small efforts. Worstell lives his belief every day.

For example, after signing up as a volunteer with Big Brothers Big Sisters of Greater Williamsburg, he was quickly paired with 7-year-old Jordan. The plan as to spend a few hours a month with the boy over the course of a year, sharing activities and generally being a positive male role model for Jordan. Recently, the pair celebrated 10 years as “Big” and “Little,” and both their lives have changed for the better as a result of their relationship. Jordan is a smart, popular teen in his senior year of high school. He works after school and on weekends, has his own bank account and buys presents for the Worstell family at Christmas.

Meanwhile Worstell and his family—wife Tammy and sons Derek and Drew—include Jordan in family activities, from holiday celebrations to just hanging out around the house. Worstell also attends Jordan’s sporting events and hangs photos of Jordan along with his own sons on the walls of his office. 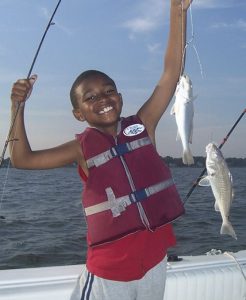 Through Big Brothers Big Sisters of Greater Williamsburg, Wortsell has mentored Jordan for the past 10 years.

Worstell is not only one of the most prominent roofing contractors in the Hampton Roads area, he’s also a stand-up guy who cares about his employees and community.

For example, Worstell roofed the home of a disabled veteran for free and also supplied the labor to install roofing shingles (donated by Atlanta-based Atlas Roofing Corp.) at the Jamestown 4-H Center. On rain and snow days, Worstell keeps his crews working by posting on Facebook that the roofers are available to do odd jobs around the house. All Worstell asks in return is a $15 minimum donation to the Grove Christian Outreach Center.

On rainy mornings, Worstell often can be found in his company truck in the Chick-fil-A drive-thru in Hampton Roads. He hands his credit card to the cashier and moves to the end of the line, paying for breakfast for everyone originally behind him. Along with the free breakfast, the cashier passes out a chip clip with the Pyramid Roofing name and logo on it. This small investment has led to new business and positive feedback about Pyramid Roofing.

How to Choose a Roofing Contractor