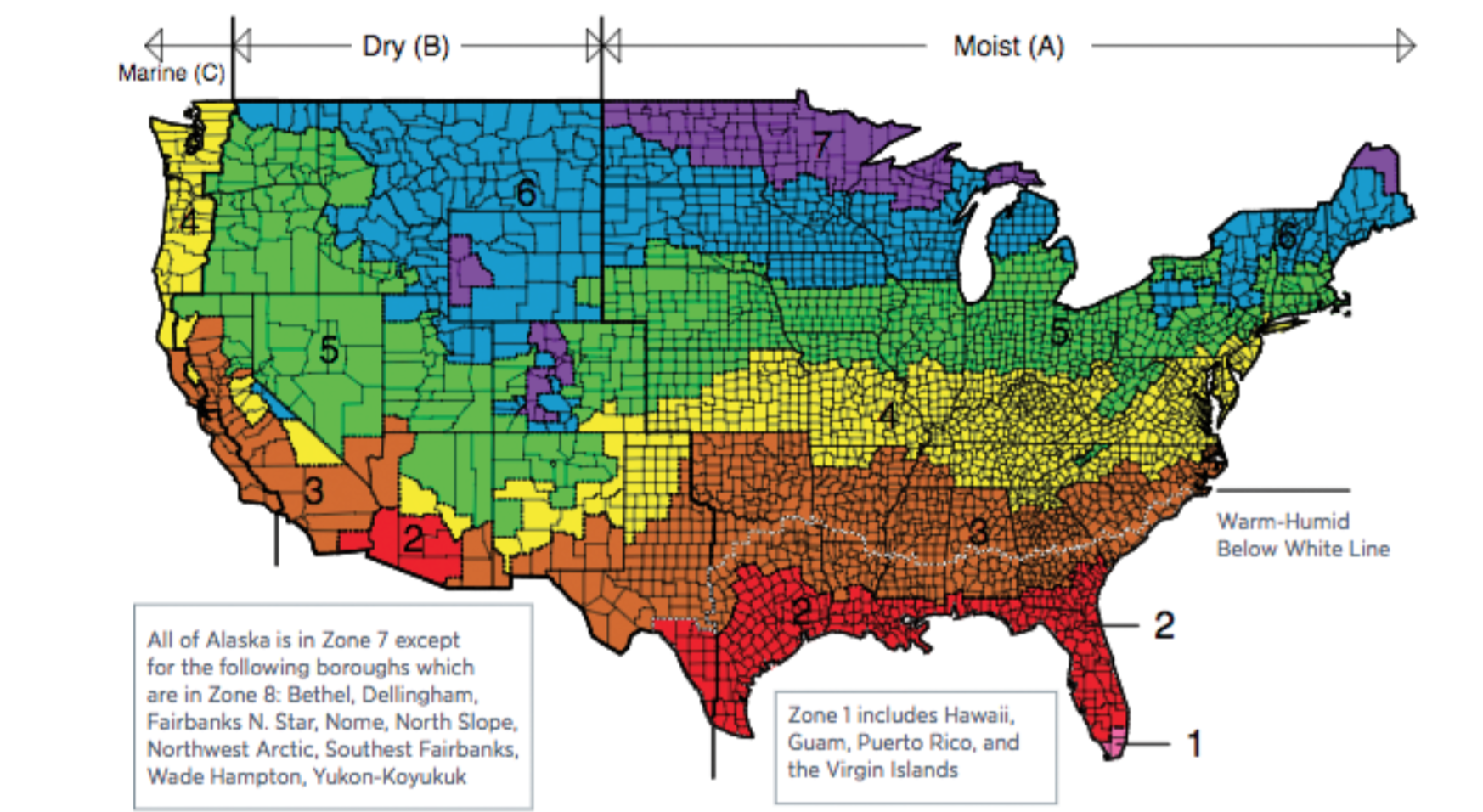 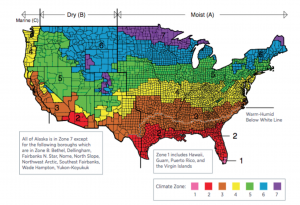 Reflective roofs are a tried and true way to improve building energy efficiency and comfort, generate net energy savings and help mitigate summer urban heat islands. Reflective roofs work by reflecting solar energy off the roof surface, rather than absorbing the energy as heat that can be transmitted into the building and surrounding community.

The simple act of switching from a dark to a light-colored roof surface has a number of benefits. Buildings protected by these types of roofs require less energy to cool and help building owners and residents save money. Cool roofs on buildings without air conditioning can save lives during heat waves by lowering indoor temperatures. Cooler city air is safer to breathe and less polluted, which makes cities more livable and less vulnerable during heat waves. Increasing the reflectivity of urban surfaces can also offset the warming effect of green- house gases already in the atmosphere and help us address the challenges of climate change. Taken together, these benefits are worth billions of dollars to the growing number of people that live and work in U.S. cities.

The energy-savings case for cool roofs in warm climates is clear. Widely adopted model building-code systems, ASHRAE and the IECC, address roof reflectivity. ASHRAE 90.1-1999 added a credit for highly reflective roofs with IECC allowing compliance via ASHRAE in 2003. ASHRAE 90.1-2010 added reflectivity requirements for new and replacement commercial roofs in Climate Zones 1 through 3. IECC added the same requirements in its 2012 version. (Figure 1 shows the ASHRAE climate zone map for the U.S.)

There is, however, an ongoing debate about whether cool roofs deliver net energy benefits in northern climates that experience cold winters and warm to hot summers (Climate Zones 4 through 8). Do reflective roofs remain beneficial as the cold weather season kicks in? The same properties that allow reflective roofs to keep buildings cooler in the summer may also cause them to make buildings colder in the winter. Theoretically, buildings with cool roofs could require more energy to reach a comfortable temperature in winter—a consequence known as the “winter heating penalty.” Furthermore, building codes tend to require more roof insulation in colder climates than warmer climates, potentially reducing the energy-efficiency benefits of roof surface reflectivity. 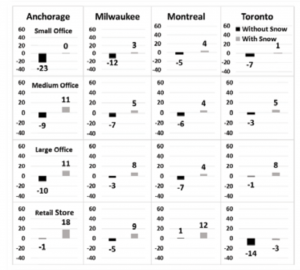 The “winter heating penalty” and the impact of insulation are considerations when installing reflective roofs in some cold climates, but their negative effects are often greatly exaggerated. The sun is generally at a lower angle and days are shorter in winter months than summer months. In fact, in northern locations winter solar irradiance is only 20 to 35 percent of what is experienced in summer months, which means the sun has a reduced impact on roof surface temperature during the winter. Heating loads and expenditures are typically more pronounced in evenings, whereas the benefit of a darker roof in winter is mostly realized during daylight hours. Many commercial buildings require space cooling all year because of human activity or equipment usage, thereby negating the little—if any—heating benefit achieved by a dark roof.

Two new studies, along with decades of real-world examples from the marketplace, indicate that reflective roofs are an effective net energy (and money) saver even in our coldest cities.

In a study recently published in Energy and Buildings, researchers from Concordia University in Montreal evaluated the energy-consumption impact of adding cool roofs to a number of retail and commercial buildings in Anchorage, Alaska; Milwaukee; Montreal; and Toronto. The researchers looked at older, less insulated building prototypes, as well as newer buildings built with code-compliant levels of insulation. Unlike earlier work evaluating the impact of roof reflectivity on building energy consumption in cold climates, this new analysis also accounted for the impact of snow on the roof during winter months. 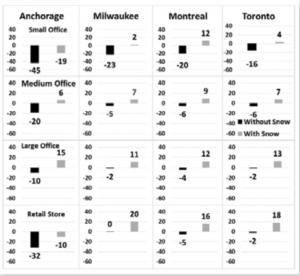 FIGURE 2B: Annual energy-cost savings ($1 per 100 square meters) from cool roofs installed on older buildings with all- electric HVAC.
SOURCE: Energy and Buildings

Snow has two impacts on the roof that are relevant to understanding the true impact of roof surface reflectivity on energy consumption. First, snow helps insulate the roof. As a porous medium with high air content, snow conducts less heat than soil. This effect generally increases with snow density and thickness. Second, snow is white and, therefore, reflective. At a thickness of about 4 inches, snow will turn even a dark roof into a highly reflective surface (approximately 0.6 to 0.9 solar reflectance).

When snow is factored in, the benefits of cool roofs in cold climates be- come much clearer. Figure 2a shows the net energy savings and peak electricity reduction with and without snow for cool roofs installed on newly constructed, code-compliant buildings, assuming all-electric HVAC. Figure 2b shows savings from cool roofs installed on existing, older vintage buildings. The paper, available from the journal Energy and Buildings also includes results with gas HVAC systems.

Another argument often heard against reflective roofing in cold climates is that buildings in northern climates tend to have higher levels of roof insulation that reduce or negate the energy-savings impact of roof surface color. A new field study and model analysis of black and white roof membranes over various levels of insulation by the City University of New York and Princeton University and Princeton Plasma Physics Lab, the latter two of Princeton, N.J., clearly rebuts the “insulation versus reflectivity” tradeoff.

You Can Influence Codes and Standards