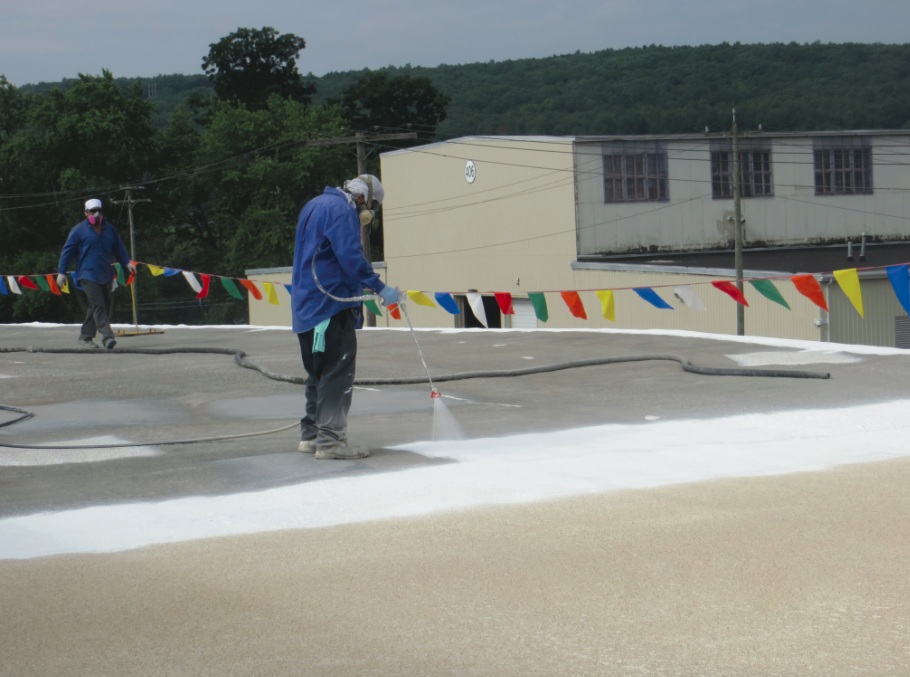 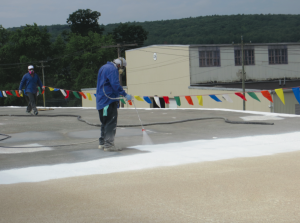 The cold, snowy winters and hot, wet summers in Scotia, New York, put immense stress on local buildings’ roofs. A damp climate with conditions that often involve standing water can take a toll on conventional roof coatings. That was the reason the federal Defense Logistics Agency (DLA) first chose a waterproof silicone roof coating for its Scotia facility in 1996.

“Most building owners in this area spend thousands, sometimes hundreds of thousands, each year keeping their roofs intact,” says Dave Landry, director of operations for DLA, adding, “After using Enduris by GE, we spend almost nothing in comparison.”

More than two decades later, the coating’s 15-year extended warranty had long run out and DLA was ready to reapply. As in 1996, the alternative to resealing would have been a costly and intrusive tear-off. “We had a terrific first experience with Enduris roof coating,” says Landry. “Twenty-two years later, there was no question about who we’d use.”

The GE Performance Coatings team inspected the roof for damage before the work began. After more than two decades of punishing conditions, on average less than five mils of the original 21.5-mil coating surface had worn away. Because silicone coatings are seamless, the roof was also protected from expansion and contraction cycles caused by temperature 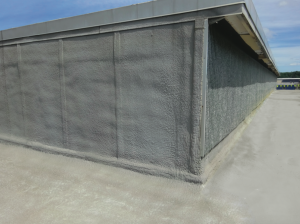 More than 20 years after applying a silicone roof coating on the roof of the Defense Logistics Agency in Scotia, New York, PUFF Inc. returned to conduct another installation. Photos: GE Performance Coatings

fluctuations, which can tear apart dissimilar materials where they overlap. In the end, only 5 percent of the 275,000-square-foot roof required repair—the rest just needed a few more mils of coating. DLA chose to cover the previous gray coating with white coating finished with granules, helping to lower the amount of heat absorbed by the roof and add further protection.

The applicator, PUFF Inc., also experienced the benefits of the silicone coating. “During the seven-week project, we lost only one day to rain,” says Bill Rush, operations manager at PUFF Inc. and an approved applicator for GE Performance Coatings. “If it had been an acrylic coating, we would have likely lost a week to predicted rain delay. Additionally, there were two days that rain came unexpectedly from over the mountains, when the forecast was a 10 percent chance of rain.”

A quicker installation meant savings for the PUFF Inc. team—hotel rooms, per-diem expenses, and the opportunity cost of missing other jobs add up fast. Rush also felt a personal connection to the DLA’s positive experience. “I led the installation 20 years ago,” he says. “It’s a matter of great pride to see how well the system held up.”