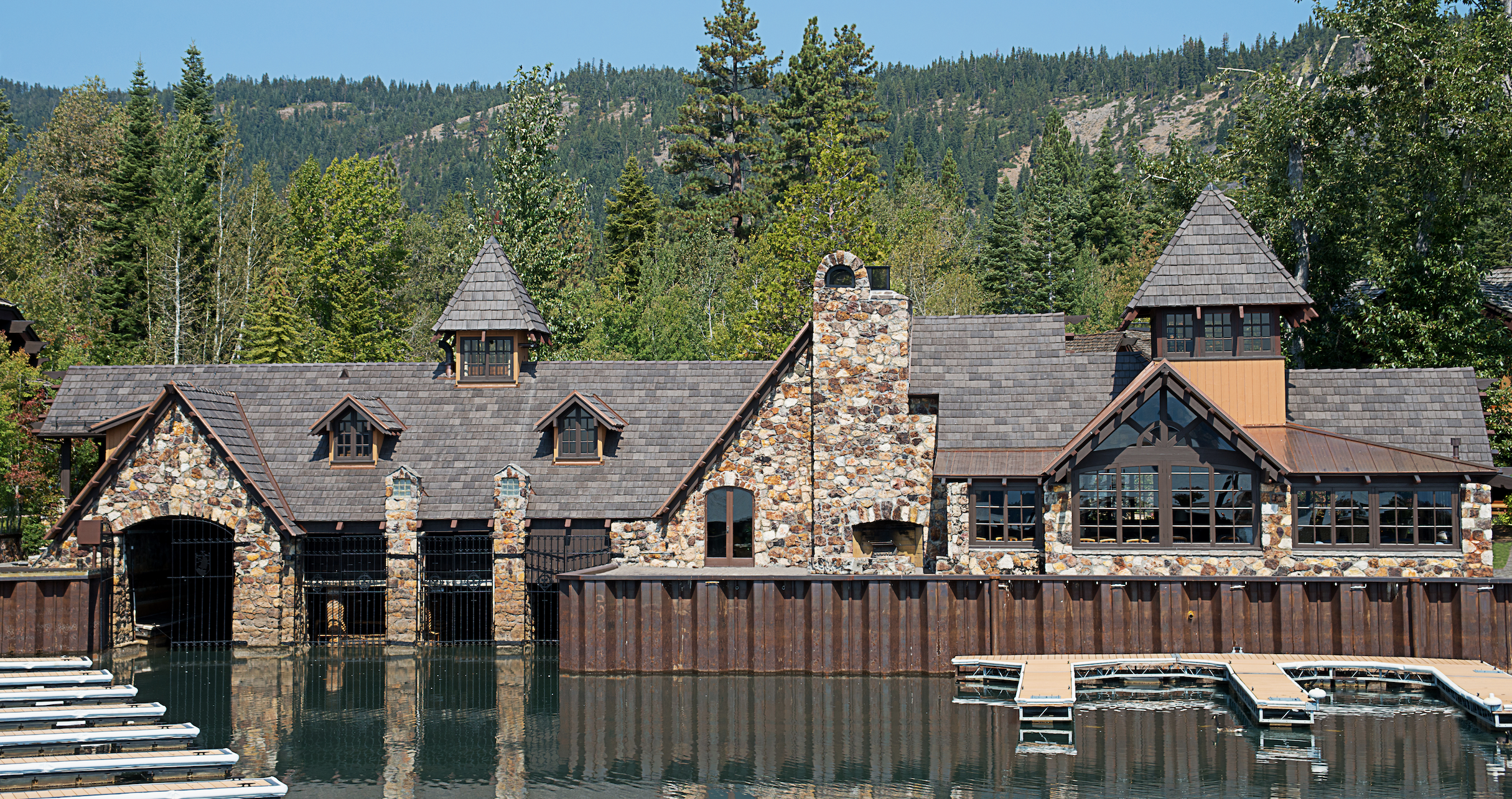 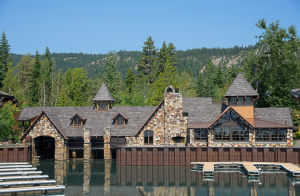 Fleur du Lac Estates is now a private condominium development located on the shore of Lake Tahoe. The Yacht Club and Boat House were the first structures to be re-roofed with synthetic shake. DaVinci Roofscapes

Years of harsh weather conditions had taken their toll on the real cedar shake roofs at Fleur du Lac Estates. Damage from repeated leaks, hail, ice dam issues, snow and other weather conditions recently convinced the board of directors it was time to invest in new roofs for the entire estate.

Homeowners at Fleur du Lac Estates looked for a product that would mimic the look of cedar, but bring them advantages to protect their homes and buildings from Mother Nature. After a comprehensive search, they determined that the Class A fire and Class 4 impact ratings of Bellaforté polymer shake tiles from DaVinci Roofscapes met their needs.

“We started with our two most valuable community structures, the Yacht Club and Boat House,” says Stewart Dalie, maintenance supervisor and project manager at Fleur du Lac Estates in Homewood, California. “Our plans are to re-roof all of the buildings in the Tahoe Blend over the next five to seven years. We did a tremendous amount of research to determine what roofing products would look realistic in this setting, meet the new codes required for roofs in our area, yet offer us superior qualities and a long lifespan.”

“Selecting the fire- and impact-resistant Bellaforté shake material from DaVinci Roofscapes means we won’t have to be concerned with the potential spread of flames should our area ever be touched by wildfires,” Dalie continues. “That’s a huge concern for our geographic area. However, not having to worry about wind-blown embers landing on a roof and then catching the building on fire is a tremendous relief.”

The Class A fire and Class 4 impact ratings of the Bellaforté tiles bring peace-of-mind to residents within the community. The durable roofing tiles have the appearance of natural hand-split cedar shake with slanted sawn edges and staggered lengths, but with the hassle-free qualities of a manufactured product. At a 1-inch average tile thickness, Bellaforté Shake roofing tiles remind many residents of jumbo cedar shakes prevalent in the Lake Tahoe area.

It’s not surprising that homeowners at the upscale Fleur du Lac Estates want to invest in the best possible roofing material. This is a mountain and lakeside homeowners association where every home has a deeded slip in the marina, resort-style services are the norm and aesthetics of the community are vigilantly upheld. 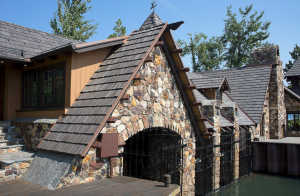 Originally the summer home of famous industrialist Henry J. Kaiser, the 15-acre lakeshore site was constructed beginning in 1938. After Kaiser sold the estate, it went through a series of transitional uses from the 1960s to 1979, including serving as a private school and as the site for many on-location scenes for Francis Ford Coppola’s film, “The Godfather II.” Only in the 1980s did the current project begin to refurbish existing key structures and transform original homes on the property to individually-owned homes.

“Our community has always embraced the history of this setting while looking toward protecting its future,” says Lane Murray, general manager at Fleur du Lac Estates. “That’s one of the key reasons we wanted a roofing product that has the look of real cedar shakes, but with man-made advantages like resistance to fire, impact and high winds.”

Despite a variety of challenges with removing the old roofs and prepping for the new synthetic shake tiles, the team at Bruce Olson Construction has successfully tackled their first DaVinci Roofscapes installation project at Fleur du Lac Estates.

“The roofing surface for the Yacht Club and Boat House were in bad shape and very uneven,” says Taylor Greene, general manager of Bruce Olson Construction in Tahoe City, California. “We had to plane these into workable surfaces before getting started. Once we got started the product installed beautifully. We added flashing material to cover some valley locations which made the project look exceptional. To achieve the realistic look, gable end flashing that concealed the manufactured edge of the DaVinci product was added.”

The company, which does residential and multi-family new construction work in several states including Hawaii, has already started work on several additional roofs in the Fleur du Lac complex.

“The Bellaforté roofing looks amazing,” says Greene. “Best of all, these polymer shakes are perfect for this geographic area. Traditional wood shakes ‘hold’ the water from melting snow. Those saturated shakes weigh more and cause the freeze line to be a part of the shake. With the DaVinci product, the water is not absorbed into the tile, so snow melting is faster and more efficient. This can also help reduce the ice damming effect in many locations.”

Nestled amidst stunning mountain peaks and world-famous ski conditions, Fleur du Lac Estates can experience heavy snowfall during the winter months. The property is just five minutes from Homewood Mountain Ski Resort, and the area usually sees snow in excess of 180 inches total. That’s one reason why the community decided to have the Bruce Olson team incorporate snow fences and snow guards from Rocky Mountain Snow Guards into the structures. 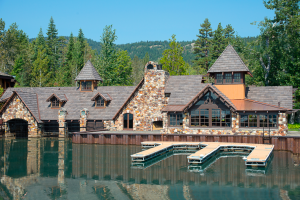 “In our area, it’s very common to use snow guards and fences to help keep snow from falling on individuals and property,” says Greene. “The previous structures at Fleur du Lac Estates didn’t have any type of snow retention system. We believe having these products in place now — which were very simple to put in during the polymer shake installation — will make life much easier for property owners no matter how much snow Mother Nature delivers each season.”

For homeowners, the new Bellaforté roofs on the Yacht Club and Boat House are tempting reminders of what will come on their own homes within the community in the years to come.

“Now that the Yacht Club and Boat House roofs are complete, we’re hearing very positive comments from our residents,” says Murray. “Folks are eager for the work to continue in the common areas so that their individual homes can soon get these terrific-looking new roofs.”