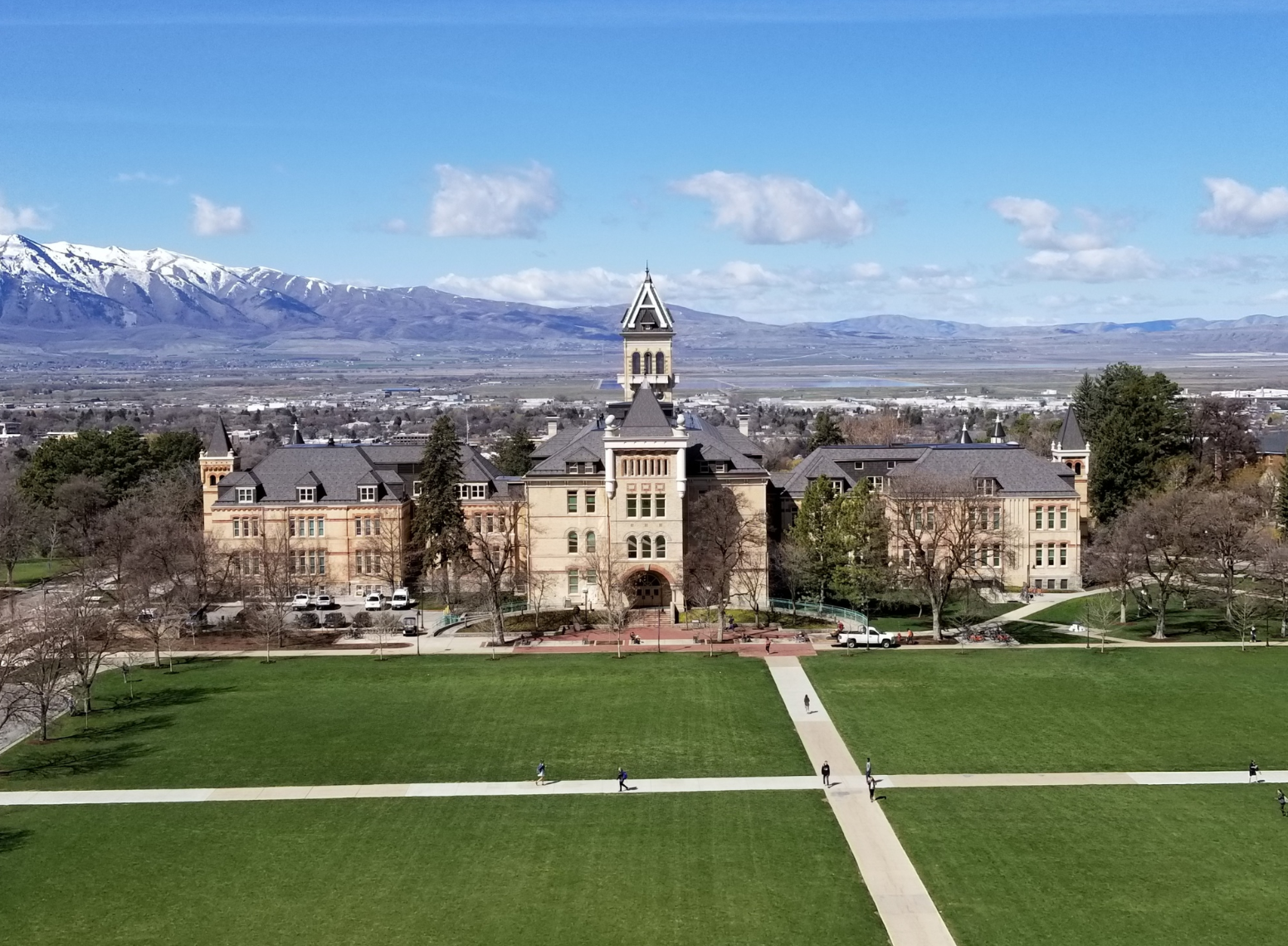 The roof on Utah State University’s iconic Old Main structure was replaced over the course of three summers by the team at KBR Roofing. Photos: Davinci Roofscapes 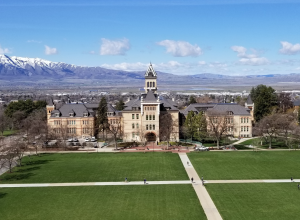 The roof on Utah State University’s iconic Old Main structure was replaced over the course of three summers by the team at KBR Roofing. Photos: Davinci Roofscapes

There was no summer break for the team at KBR Roofing these past three years. As soon as school ended in May for students at Utah State University, the team got to work on re-roofing the iconic Old Main structure on campus.

Originally built in 1889, Old Main has served its community for more than 125 years. Now listed on the National Register of Historic Sites, the imposing structure is home to the president of the university and a multitude of offices and classrooms.

“Every summer we tackled a different phase of the re-roofing project,” says Brent Wood, project manager at KBR Roofing. “This structure is so critical to the university that it made complete sense to invest in composite roofing. The old, curling gray wood shingles simply had to come off.”

Each summer, the crews from KBR Roofing focused on a different element of the project. “We encountered a few challenges along the way,” Wood notes. “First, since the structure was built so long ago, many of the walls were not square. Second, due to a fire on the north side in 1984, this section of the roof had to be re-sheeted. Third, we had to fabricate four new cupolas. And fourth, we had to custom create a pedestrian bridge 106 feet on top of the center to access the east tower.”

With all their challenges, Wood relates that the easiest part of the project was installing the DaVinci Roofscapes Fancy Shake tiles. “We used the regular shake on the roof surface and then the beaver tail and diamond tiles to accent different parts of the structure,” Wood says. “They were a dream to install.”

Before installation began, representatives of Utah State University and Design West Architects sought permission to use the composite shake tiles on the Old Main project. 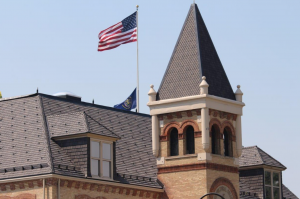 Originally built in 1889, Old Main is listed on the National Register of Historic Sites. The building houses the president of the university and a multitude of offices and classrooms. Photos: Davinci Roofscapes

“USU has an on-campus architectural review committee that monitors and approves all changes to buildings, signage and landscaping,” says Quin E. Whitaker, PE MBA, structural engineer/project manager at Utah State University. “Our Facilities team was required to meet with the State Historical Department of Utah to gain approval of the Fancy Shake shingles. When we met with the state’s representative, he declined all proposed roofing samples, including one from DaVinci. We asked him to go look at the DaVinci tiles installed on our Geology building back in 2012. As soon as we got there, he immediately told us the composite tiles looked great and met his expectations.”

Getting approval was critical, notes Whitaker. “Old Main is our flagship building,” he says. “It houses the president of the university, her staff and many other administration officials and classrooms. We didn’t wish to skimp on the quality of this roofing product. Gaining approval on the DaVinci product was especially important since we anticipate that five historic buildings on the campus quad (including Old Main) will all have the same composite roofing tiles installed in the coming years. The DaVinci product has an authentic look, backed by a strong warranty, which we appreciate.”

With the green light received, KBR Roofing started the Old Main roofing project in May of 2015. At the same time, the roof specialists from the university’s carpentry shop created new cupola bases.

“Bryan Bingham and Mike McBride at our university were intimately involved in the project,” says Whitaker. “I’ve never seen the level of craftsmanship that they were able to achieve for the cupola bases. Everyone involved in this project gave 110 percent.” 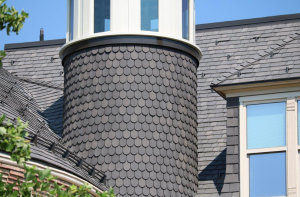 Going the extra mile involved quite a few special considerations for KBR Roofing on this project. The team manufactured a 15-foot pedestrian bridge to allow access from the roof to one of the towers. Located more than 100 feet in the air, the new bridge complements the building’s structure and meets code requirements.

On the north side of the building, workers crafted new metal sheeting on four finials. At the south tower, the stone finials were in need of renovation. The roofers contracted with Abstract Masonry to revitalize the stone, mortar joints and other surrounding brick features. They also contracted with Rocky Mountain Snow Guards for snow fences and snow guards that were installed around the entire structure. Drift II – two-pipe snow fences were put in place at the eaves over pedestrian and vehicular areas as a barrier to snow movement with RG 16 snow guards applied in a pattern above to hold the snow slab in place.

“Three of Old Main’s four towers now have a new DaVinci roof on them covered with the company’s attractive diamond shingles,” says Whitaker. “KBR Roofing was amazing. They also had to radius the railing for the two large rotundas. This company, in my estimation, is top notch and the only company that could have pulled off this project.”