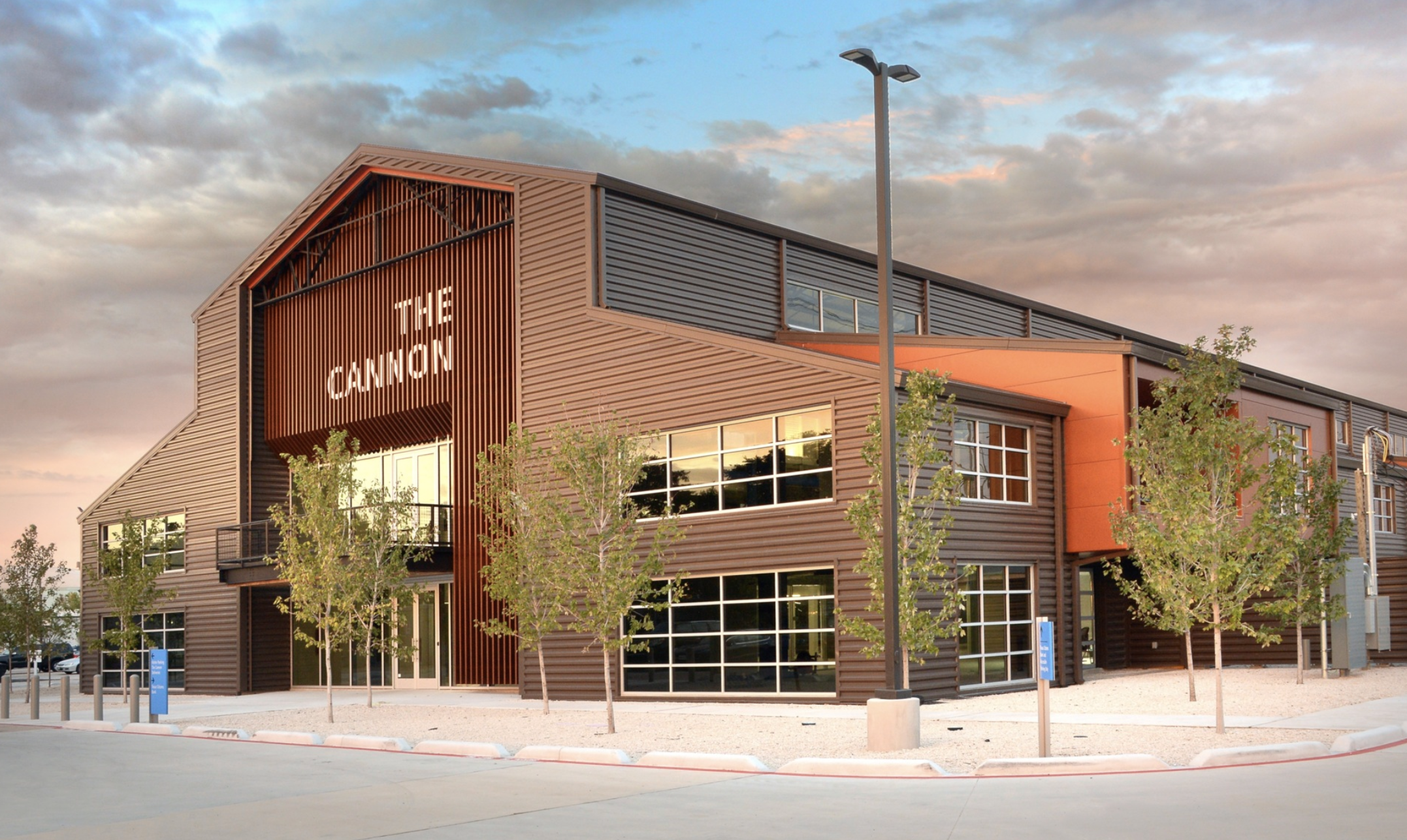 Renovating and transforming a 70-year-old manufacturing facility into a contemporary office building with impressive amenities requires some imagination, careful planning and a lot of communication. The Cannon, an entrepreneurial hub in west Houston, also called for more than 90,000 square feet of insulated metal panels (IMPs) for walls and roofing.

The Cannon, a 120,000-square-foot modern, flexible workspace, provides innovators with everything they need to establish a home base for their companies. Home to more than 500 of Greater Houston’s most talented and accomplished entrepreneurs, creatives and small business owners, The Cannon includes 131 offices, 300 open and dedicated desks, a movie theatre, game room, event space, full-service kitchen, a health and wellness room, and a courtyard with outdoor seating. The facility is marketed as “a citywide ecosystem for Houston’s entrepreneurs, small businesses, freelancers and creatives.”

Insulated metal panels from Metl-Span helped achieve the desired appearance, inside and outside. “We could have gone the conventional route, with insulation and drywall, but we really wanted to maintain some of the original look of the building,” says Ken R. Harry, AIA, NCARB, LEED AP, Principal of Abel Design Group of Houston. “With the insulated metal panels, we were able to leave the interior beams and columns exposed. Plus, we got the levels of insulation that were required for the roof and walls. Right from the start, it seemed like the logical way to go.”

The original building was stripped down to the steel structure. Some of the 70-year-old purlins and cross members had to be replaced. “We had to verify every dimension of all the beams so shop drawings could be accurate,” says David Baldwin, Sales Manager at FSR Services of Houston. “The beams were painted, and the insulated metal panels were installed. The bright blue beams against the white interior finish of the insulated metal panel is a very modern and clean look.”

Baldwin says FSR needed 180 working days to install the IMPs, but crews ran into weather delays during the rainy Houston summer of 2019, which pushed back the original completion date approximately 90 days. The project was completed in August 2019.

“We were basically working in a mudhole all summer,” Baldwin says. “There were a lot of days we couldn’t get anything done. Our equipment was buried in the mud.”

The Cannon is the largest IMP project completed by FSR Services. Baldwin says his team, led by owner Steve Seibert and project manager Tommy Pavlicek, did its best to keep the project moving along. Seibert says it was a challenging project, retrofitting an existing structure, but the end product turned out amazing.

“Insulated metal panels are easy and quick to install,” Baldwin says. “The larger panels cover a lot of space in a single pass. It’s a lot easier than making several passes for the exterior system, interior system and insulation.”

IMPs Are Key to Construction of New Warehouse at Manufacturing Complex

Be the first to comment on "IMPs Provide Aesthetics, Durability for Houston Renovation"