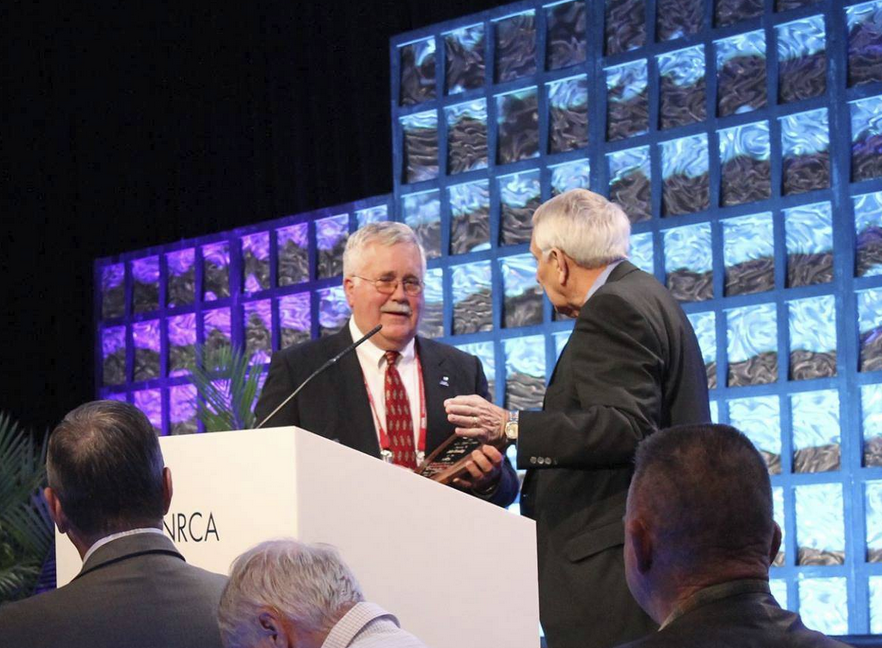 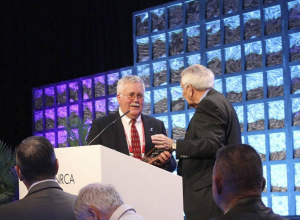 The National Roofing Contractors Association, Rosemont, Ill., has announced John Gooding, chairman of the board of GSM Roofing, Ephrata, Pa., as the 69th recipient of its annual J.A. Piper Award. The award was presented at the association’s 129th Annual Convention held Feb. 17-19 in Orlando, Fla. The J.A. Piper award is the industry’s most prestigious honor, recognizing roofing professionals who have devoted constant outstanding service to NRCA and the roofing industry.

“He had roofing in his blood,” says fellow former NRCA Chairman of the Board and 2015 J.A. Piper Award Winner Don McCrory, president of Kiker Corp., Mobile, Ala. “He’s transformed the business his father started into one of the largest and most successful roofing companies today.” 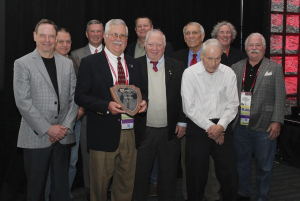 First presented in 1948, the J.A. Piper Award is named for former NRCA Chairman of the Board Joseph A. Piper, whose extraordinary efforts kept the association alive during the Great Depression.