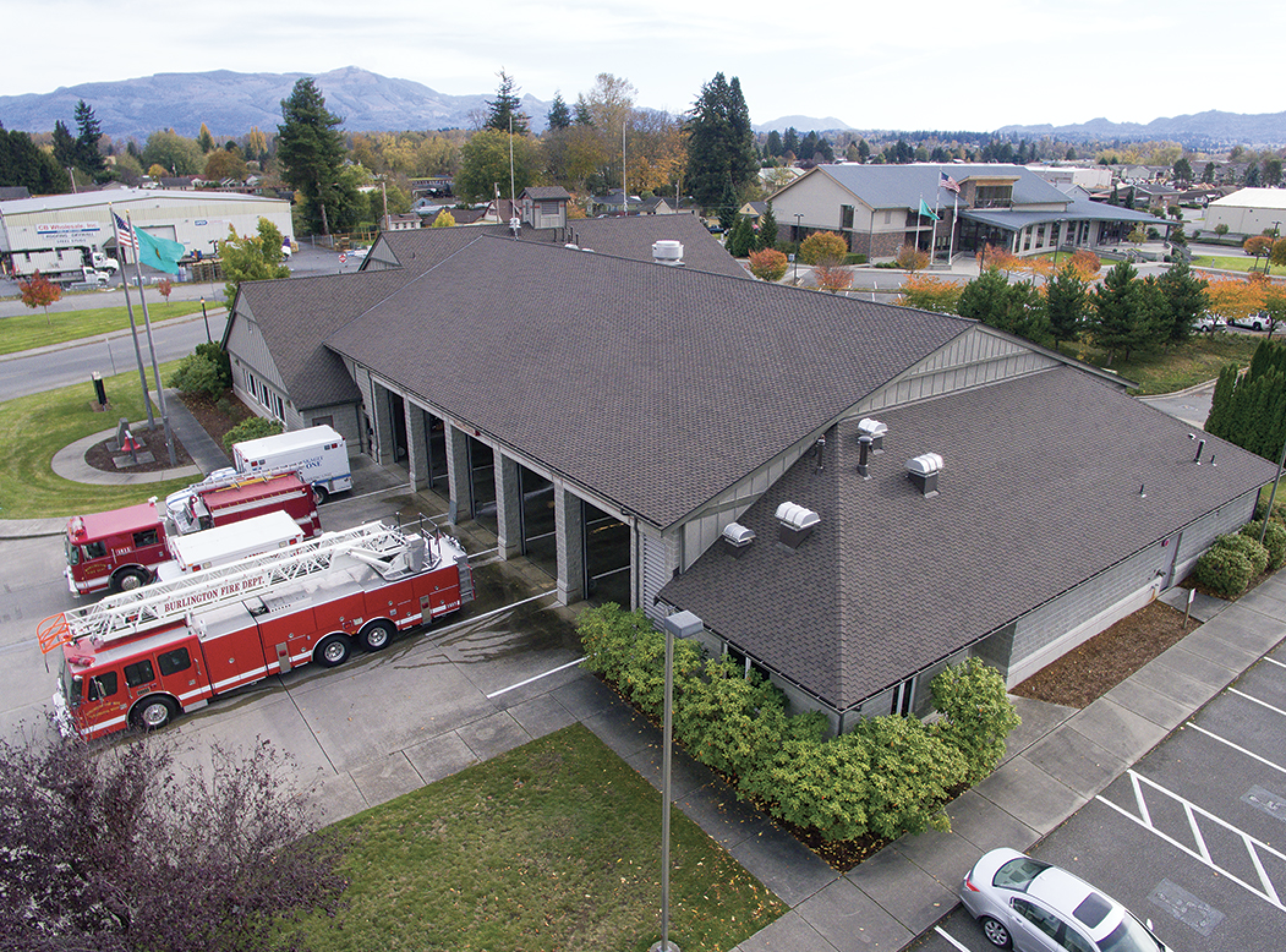 When the Burlington Fire Department decided to replace its aging steep-slope system, the goals included finding a system that would look good, stand up to high winds and resist algae growth. 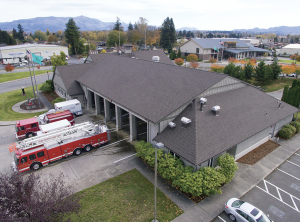 When the Burlington Fire Department decided to replace its aging steep-slope system, the goals included finding a system that would look good, stand up to high winds and resist algae growth.

The firemen and firewomen of the Burlington Fire Department, located in Burlington, Wash., reportedly respond to about 1,800 service calls a year. The members of the department are on call 24/7, handling a variety of emergencies, both big and small.

Whether it is fighting a fire, performing a search and rescue, or something as simple as retrieving a driver’s keys from the car, the city’s bravest are too busy to have roof issues make their days more difficult. When the fire station began to experience leaks that required countless repairs and patchwork solutions, the City of Burlington knew it was time to replace the entire roofing system and ensure that the firefighters were safe from the elements.

Over the last few years, leaks began to appear more frequently in the fire station’s roof, with the worst leaks occurring in the paramedic’s quarters and in the firehouse’s workout room. The water would drip down on the firefighters and ceiling tiles became discolored, creating an unpleasant appearance throughout the firehouse. The intense winds in the area would also cause the shingles of the roof to become loose and fly off.

“The roof was patched several times over the years. We filled the voids as we went,” says Brandon Bond, a lieutenant on the Burlington Fire Department for the last 10 years. “After a while, the patches and replacements weren’t working and the leaks were getting harder to fix. At that point, we knew it was time to replace the whole roof.”

For their new roof, the city wanted a material that was visually appealing and performed against algae and wind. Also, because this was a city project, they wanted to find a contractor who was nearby and a roofing material that was manufactured locally—all of which showed pride in their community. When they considered the criteria, along with the size of the roof—24,000 square feet—the city chose to go with asphalt shingles because they provided a high level of longevity and durability while keeping it affordable.

Asphalt shingles offered a heavyweight, wind-resistant roofing material with a number of color options, making it the optimal choice among the design team. Wind resistance was an important factor because the old roofing system sustained considerable wind damage. The winds in the area can reach 65-70 miles per hour.

Cascade Roofing Company from Burlington was hired to install the new roof on the fire station. The company has been in business for nearly 30 years and works on both commercial and residential roofing projects. The owner of Cascade, Rick Steiner, explains that asphalt shingles were used on the fire station for a number of reasons.

“Shingles were used because of the different pitch heights of the roof, their affordability and their great look,” Steiner says. “The algae-resistance was also a must. Algae grows like weeds in Washington, due to the moisture in the air and fluctuating temperatures.”

Algae flourishes in humid climates and its spores can be carried by the wind. The temperate but rainy weather found in the Pacific Northwest of the U.S. produces an environment for algae to thrive in. While algae is not known to cause damage to roofs, the dark streaks are unsightly.

“Burlington is very wet, whether it’s raining or if we’re dealing with the humidity,” says Lauren Wilkins, a firefighter at the Burlington Fire Department since 2012. “We wanted the new roof to provide some resistance to algae so that it looked good as compared to the other surrounding roofs in the area.”

Cascade used shingle manufacturer PABCO Roofing Products, located in nearby Tacoma, Wash. PABCO’s algae-resistant Paramount Signature Cut Shingle in Oakwood color was selected for the project because it provided exceptional curb appeal. An aggressive modified sealant was used as well as high-wind shingle application—6 nails—to add resistance to wind uplift. PABCO Paramount starter shingles were applied over PABCO Universal Starter to provide a double-layer base. A synthetic underlayment along with an ice and water shield on the leading edges were also used. Shasta HD Ridge was applied to the ridge and hips of the roof to complement the roofline. 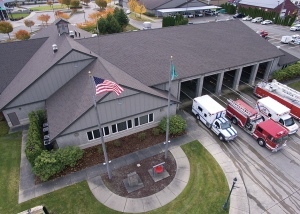 The City of Burlington was thrilled to choose local companies for the project. The manufacturer, contractor and even the supplier were all located nearby. This provided Cascade an avenue for necessary materials to be delivered quickly, allowing them to stay under budget and ahead of schedule. The project took about two weeks and 230 squares of shingles to complete, which is equivalent to the number of shingles necessary for the company to roof six or seven regular-sized homes.

“It’s easily the biggest shingle job I’ve ever done,” Steiner says. “But the design of the building along with the high-profile look of the shingles made the project look incredible. The city has a roof that’s going to last a very long time.”

Steiner also points out how smooth operations were due to the local theme of the project. “Everything was on-time. The supplier was right across the street and very easy to work with,” Steiner notes. “Even the weather cooperated – it made a potentially difficult project that much easier.”

The firefighters felt the same way. “We thought the hardest thing about the renovation would be continuing our daily operations, but we didn’t run into any problems,” Wilkins says. “They were very friendly and easy to coordinate with when moving equipment. There were no horror stories here.”

Since the renovation was completed, the firefighters are very happy with the new roof. The firemen and firewomen of the Burlington Fire Department can now focus on keeping the residents of Burlington safe.

Award-winning projects are selected based on innovation, performance and beauty, and recognize projects that lead the way in areas like weather protection, green roofing or unique utilization of asphalt shingles in a roofing system. ARMA is currently accepting submissions for both low- and steep-slope roofing project installations completed in 2017 for its 2018 awards program. Roofing contractors can submit multiple projects through Dec. 31, and there is no fee to enter.

For more information about asphalt roofing systems, the QARC awards program and more, visit the website.

Be the first to comment on "Key Priorities for Fire Station Project Include Visual Appeal, Resistance to Algae and Wind"