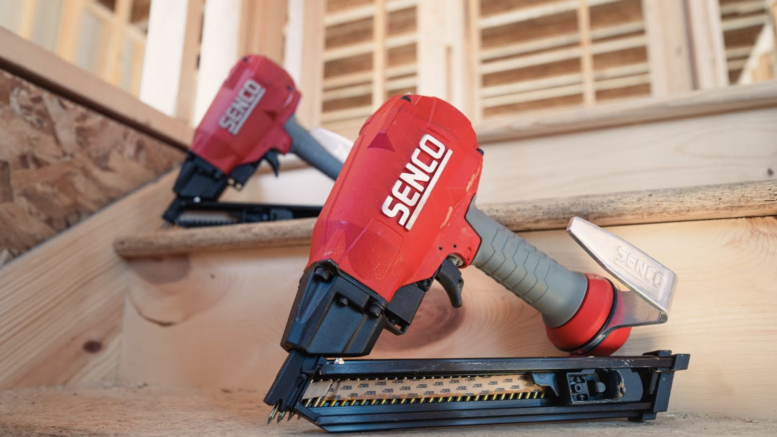 “Like all SENCO innovations, we relied on insights from daily users in the field, whose existing nailers excelled in sawn lumber but occasionally left nails proud in engineered lumber, requiring them to finish the job with a hammer,” said Ryan Schuler, product manager for SENCO’s pneumatic construction tools. “The JN91H1 and JN91H2 incorporate heavier duty components and pack increased power to sink nails fully in any material, with every shot.”

Both of the new tools shoot 1-½-inch nails ranging from .131 to .148 inches in diameter. The JN91H1’s magazine holds a single rack of 34-degree paper tape-collated nails, offering users a lightweight tool with high degree of maneuverability. The JN91H2 has an extended magazine that can accommodate two racks of nails, allowing users to maintain higher production rates with fewer reloads.

Each nailer comes with tool oil, safety glasses, an air plug and a 5-year limited warranty. Manufacturer’s suggested retail prices for the JN91H1 and JN91H2 are $224 and $234 respectively. SENCO metal connector nailers that shoot 2-½-inch nails are due later this year.

Be the first to comment on "New Metal Connector Nailers"