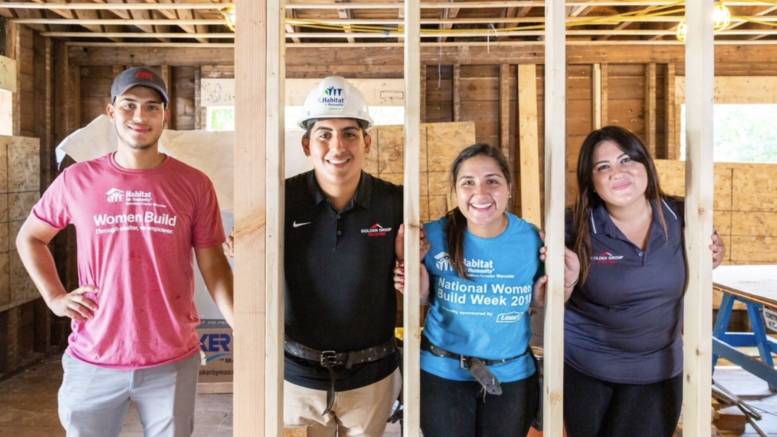 As tempting as it may be to simply install brand-new shingles and move on to the next roof, roof replacement is the perfect time to try to address existing problems — including improper attic ventilation.

In our recent survey of residential roofing professionals across North America, most of them actual contractors, the participants revealed that the life of a shingle is cut short by 24 percent due to improper or zero attic ventilation. That was their assessment based on firsthand field experience. The premature damage they witnessed to the shingles included:

Not to mention what might be happening to the roof deck under the shingles.

Greta Bajrami, CEO of Golden Group Roofing, Westborough, Massachusetts, was one of the survey participants. Bajrami believes strongly in being the roofing contractor who solves problems — such as improper attic ventilation — not just installs a new roof.

Stop the Cycle of Errors

Bajrami shared an example in which the contractor is called to the house by the homeowner because of cracking shingles.

“Our first instinct is to blame the cracking on the shingle itself. But I think shingle manufacturers have done such a great job of upgrading their products that it’s worth investigating further,” she says. Is improper attic insulation contributing to the cracking? Is it improper attic ventilation? “I understand that maybe the roofing contractor does not offer attic insulation as a service, for example,” Bajrami says. “But if the homeowner called you to the house because of cracking shingles and improper insulation or ventilation may be part of the problem, have that conversation with the homeowner. Don’t just replace the shingles without pointing out the root of the problem.”

Bajrami says contractors open themselves up to bad customer reviews or possible lawsuits by installing new roofs without attempting to address existing problems.

“I always tell my team, when you arrive to the property be sure you first identify why the homeowner called you. What if why they called you cannot be addressed by you?” Bajrami asks. “If I’m calling the roofing contractor because my house is cold in the winter and I think new siding will solve that, the contractor might tell me actually it’s not the siding but your lack of attic insulation. Listen, listen, listen to the homeowner.”

Bajrami is very willing to be the roofing contractor who walks away because she cannot solve the root cause of the problem, but she at least helped the homeowner identify the real problem. She may even recommend contractors who specialize in the type of work that will solve the problem.

The conversation with the homeowner might proceed this way: “I’m here to tell you, homeowner, you do not need a new roof. Instead, what you need is proper attic insulation. Or, homeowner, your 15-year-old shingles are cracking because your attic ventilation is improper. If all I do is replace the cracked shingles with new shingles, it’s going to happen again.”

Whether the roofing contractor offers those various services or not, Bajrami recommends bringing them to the attention of the homeowner. “If you’re having those kinds of conversations, they will always give you the roof because you’re the one who let them know what was causing the problem in the first place.”

What happens when the roofing contractor is awarded the roofing project, but the homeowner pushes back against solving the existing attic ventilation problems due to the added cost? “I’m in a position where I do tell homeowners, ‘I’m sorry but I cannot do your roof. I cannot lower my craft to meet your budget point or just to meet your wants. I will not install the roof unless you allow me to address the improper attic ventilation,’” Bajrami says.

Ten years in the books and Golden Group Roofing has established a strong reputation for high quality standards. Bajrami does not want to put that in jeopardy. She draws some comparisons using her restaurant industry background.

“I tell homeowners, ‘I’m like a Michelin Star restaurant. I will only be known for the best of the best. I cannot have you messing up my secret sauce and my secret formula and the line of customers out the front door.’ When I say this to homeowners it probably comes across a little cocky, but it works. It puts things in perspective. I generally earn their respect,” Bajrami says.

Homeowners have budgets. Bajrami has quality standards. “Budget and money are very important. But I tell my team and myself all the time, ‘You would never go back to a client years later and say in 2008 you could only afford $20,000 so we gave you that roof without proper attic ventilation. But if you would have paid another $4,000, we could have fixed the improper attic ventilation,’ ” Bajrami says. “So, I like to take that conversation that might happen 10 years down the road with an unhappy homeowner and have it on day one of the relationship.

“Everyone can allocate a little more money when it’s necessary. I’m a big believer in that. Even when I had nothing to my name very early in my career, I would have spent an extra dollar if it meant fixing an existing problem,” Bajrami says. “No one wants to have the same problem repeat itself. It’s up to you the roofing contractor to stand strong and have that conversation with the homeowner on day one instead of compromising your standards and then dealing with an upset customer years later. You’ll be surprised the positive response you’ll receive by taking this approach.”

Roofing contractors do not make the shingles. They do not make the attic ventilation products or the attic insulation, either. “The product is not made by us, but the service is, the way we install things,” Bajrami says. “That’s your secret. Hold on to that as long as you can.”

About the author: Paul Scelsi is marketing communications manager at Air Vent Inc. and leader of its Attic Ventilation: Ask the Expert seminars (airvent.com). He hosts the podcast, “Airing it out with Air Vent,” and is the chairman of the Asphalt Roofing Manufacturers Association Ventilation Task Force. He is the author of the book, Grab and Hold Their Attention: Creating and Delivering Presentations that Move Your Audience to Action.

Paul Scelsi is marketing communications manager at Air Vent Inc. and the leader of its Attic Ventilation: Ask the Expert seminars for residential roofing professionals. He also is chairman of the Asphalt Roofing Manufacturers Association Ventilation Task Force.

Apps Are Made More User-friendly

Be the first to comment on "Offering Solutions May Not Be the Easy Path, But it’s the Right Path"