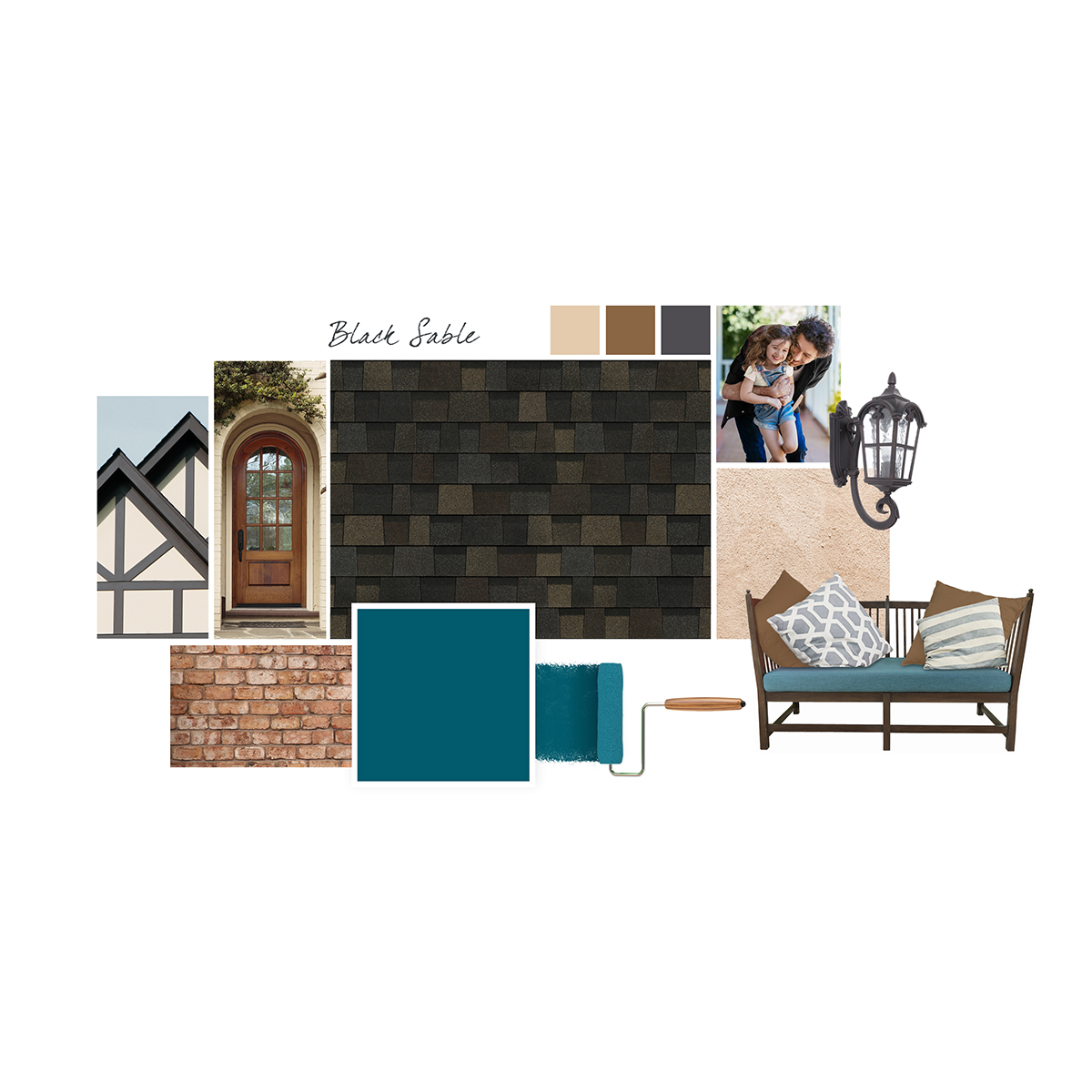 Owens Corning introduces Black Sable as the 2019 Shingle Color of the Year. As the newest addition to the Owens Corning TruDefinition Duration Designer Colors Collection series, Black Sable was inspired by color trends as well as feedback from homeowners, contractors and builders. “Black Sable provides a modern take on a classic color, making a sophisticated and timeless statement,” says Sue Burkett, Owens Corning Roofing Strategic Roofing Manager. “You could say this shingle is the ‘little black dress’ for the roof because it will never go out of style.”

As a twist to conventional monochromatic black palettes, Black Sable is a dark and intensely rich blend that uses classic black granules mixed with gray, umber and sable tones. The result is a dramatic yet grounded color complementing any number of architectural styles and exterior color palettes. “This is a new go-to color in roofing,” says Burkett. “Many people have asked me, ‘is the shingle black or brown?’ and my answer is ‘both’. Black Sable addresses a specific color gap we found in the market.”

The Shingle Color of the Year initiative highlights the roof as a design element expressing a homeowner’s personal style and enhancing a home’s curb appeal. “Research has shown that homeowners, especially women, embrace color and want guidance on how to use it on their homes’ exteriors,” Burkett says. Each year, Owens Corning introduces new online exterior style boards and other design and visualization resources to help. Three new style boards featuring Black Sable are supporting the product launch. These “design and inspire” tools are particularly popular with women. In 2018, Owens Corning earned the 2018 Women’s Choice Award as America’s most recommended roofing products.

HGTV’s “Good Bones” home renovation and design experts Karen E Laine and Mina Starsiak–renowned for their use of color as an exterior design element–announced the launch of Black Sable in a Facebook video. Laine and Starsiak have helped Owens Corning spread the message about color and curb appeal since the company announced its inaugural Shingle Color of the Year in 2017.  Black Sable becomes the third Owens Corning Shingle Color of the Year following Sand Dune in 2018 and Sedona Canyon in 2017. It will be available nationally in January, 2019. More information can be found at www.shinglecoloroftheyear.com.

How to Achieve a Balanced Approach to Ventilation