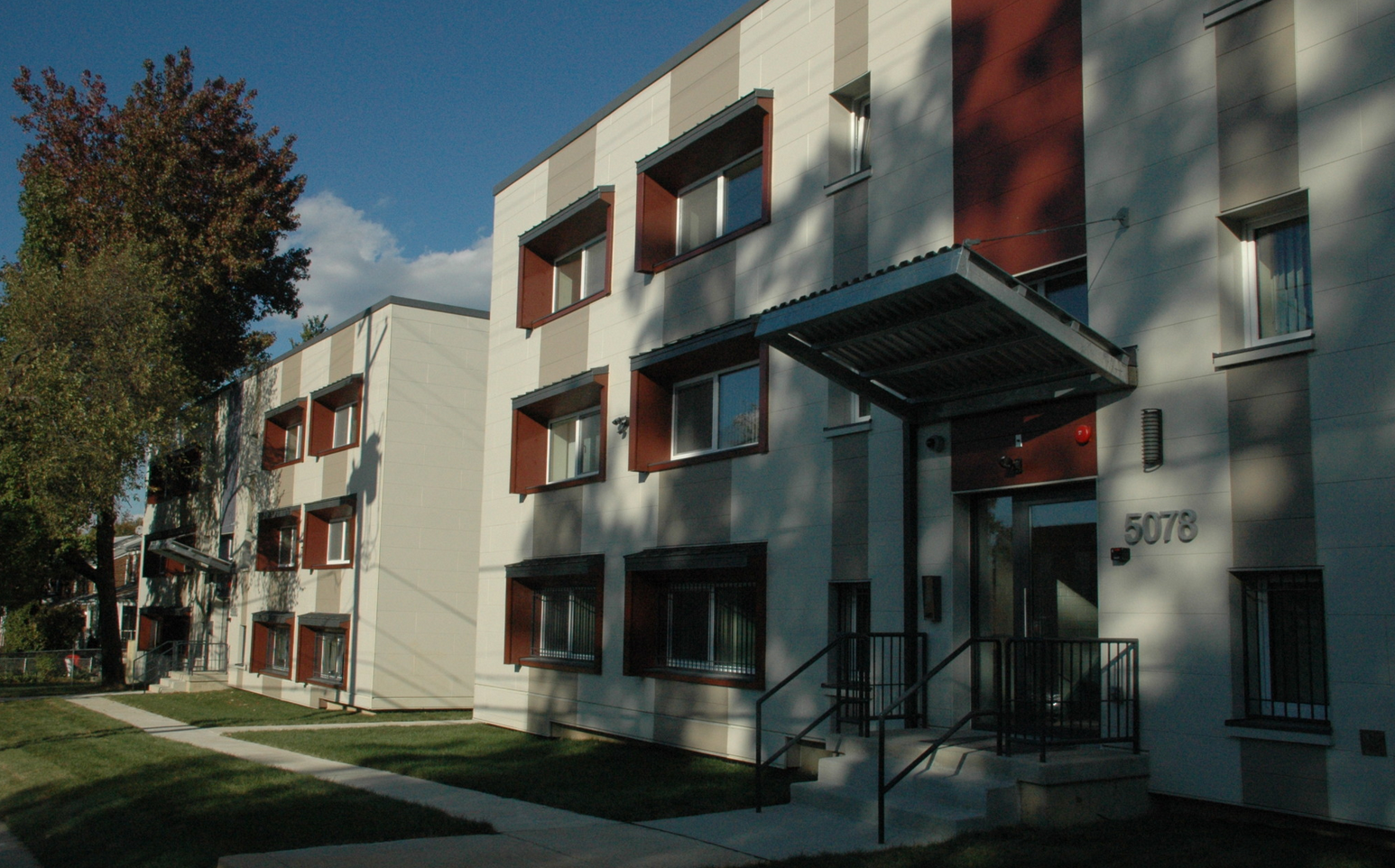 Thermal conductivity, air infiltration and exfiltration, and solar gain were important to the team working on Weinberg Commons.

Two years ago, the three low-rise apartment buildings at the intersection of Southern Avenue and Benning Road in Washington, D.C., stood derelict and abandoned, uninhabitable reminders of 1960s brick and block construction. Today, the buildings—now known as Weinberg Commons—represent a landmark effort to provide clean, secure and energy-efficient shelter to low-income families. For the scores of people—architects, energy consultants, contractors and experts in housing finance, to name a few—who helped repurpose Weinberg Commons and bring it back to life, this project represents an unparalleled achievement in retrofitting. For the families who now live here, it means a giant step toward a more secure future. 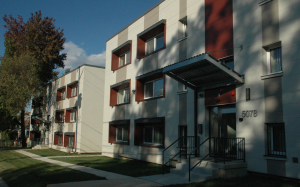 Thermal conductivity, air infiltration and exfiltration, and solar gain were important to the team working on Weinberg Commons.

One of the keys to that secure future will be very low or no energy bills. From the beginning, the team that oversaw the retrofitting of these buildings, each with almost 8,000 square feet of rentable space, was committed to ensuring that all three would show greatly reduced energy use and at least one would achieve Passive House (PH) certification.

The criteria to become a passive structure are rigorous and focus on three specific design elements to reduce energy. (The requirements and certification observed by the Weinberg Commons team are set by Chicago-based PHIUS, the Passive House Institute U.S.)

The first requirement is airtightness to ensure the building minimizes the amount of heated or cooled air it loses (0.6 air changes per hour at 50 Pascals of pressure).

Second, a Passive House cannot use more than 4.75 kBtu per square foot per year. This is specific heating energy demand (or cooling in cooling climates).

The third requirement caps the peak total amount of energy the heating and cooling system and appliances in the building can use per year, including domestic hot water, lighting and plug loads. It cannot exceed 38 kBtu per square foot per year. 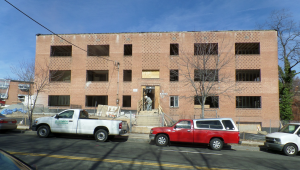 Michael Hindle, a Baltimore-based Certified Passive House Consultant who is current president of the Passive House Alliance U.S. Board of Managers, helped with the retrofit design of Weinberg Commons. (Passive House Alliance U.S. is a PHIUS program designed to advance passive building.) He points out these three pass/fail criteria are measures of success, not design principles to help a team achieve the energy savings that lead to PH certification. However, Hindle highlights five design principles have been identified as important guides in the design of Passive House projects:

Although only one building at Weinberg Commons has achieved PH certification, all three buildings were designed to the exact same specifications and technically could be PH certified as long as the rigorous airtightness threshold is met. Several factors influenced the decision, made at the outset of the project, to focus on just one building for PH certification. The design team’s perception was that airtightness would be the most challenging aspect for the contractor. Matt Fine, an architect with Zavos Architecture & Design, Frederick, Md., who led the project, explains: “The intention was to proceed with the first building, test its airtightness and improve on that scope of work for the next building. Repeat, refine and finally apply to the third sequential building.”

Fine points out the first two buildings actually achieved “super” airtightness results relative to any new-construction project built today but did not cross the 0.6 air changes per hour at 50 Pascals of pressure threshold of Passive House. Given the budget-conscious nature of the Weinberg Commons project, resealing and retesting of the first two buildings was not an option for the team, but lessons learned from these two buildings were applied to the retrofit of the third building. “In retrospect, all three buildings would have been able to meet the PH threshold with relatively little extra effort,” Fine says. “But the dynamics of construction sequencing, along with imposed schedules for occupancy, complicated our ability to be flexible with scope change once the contracts were executed and limited dollars were allocated.”