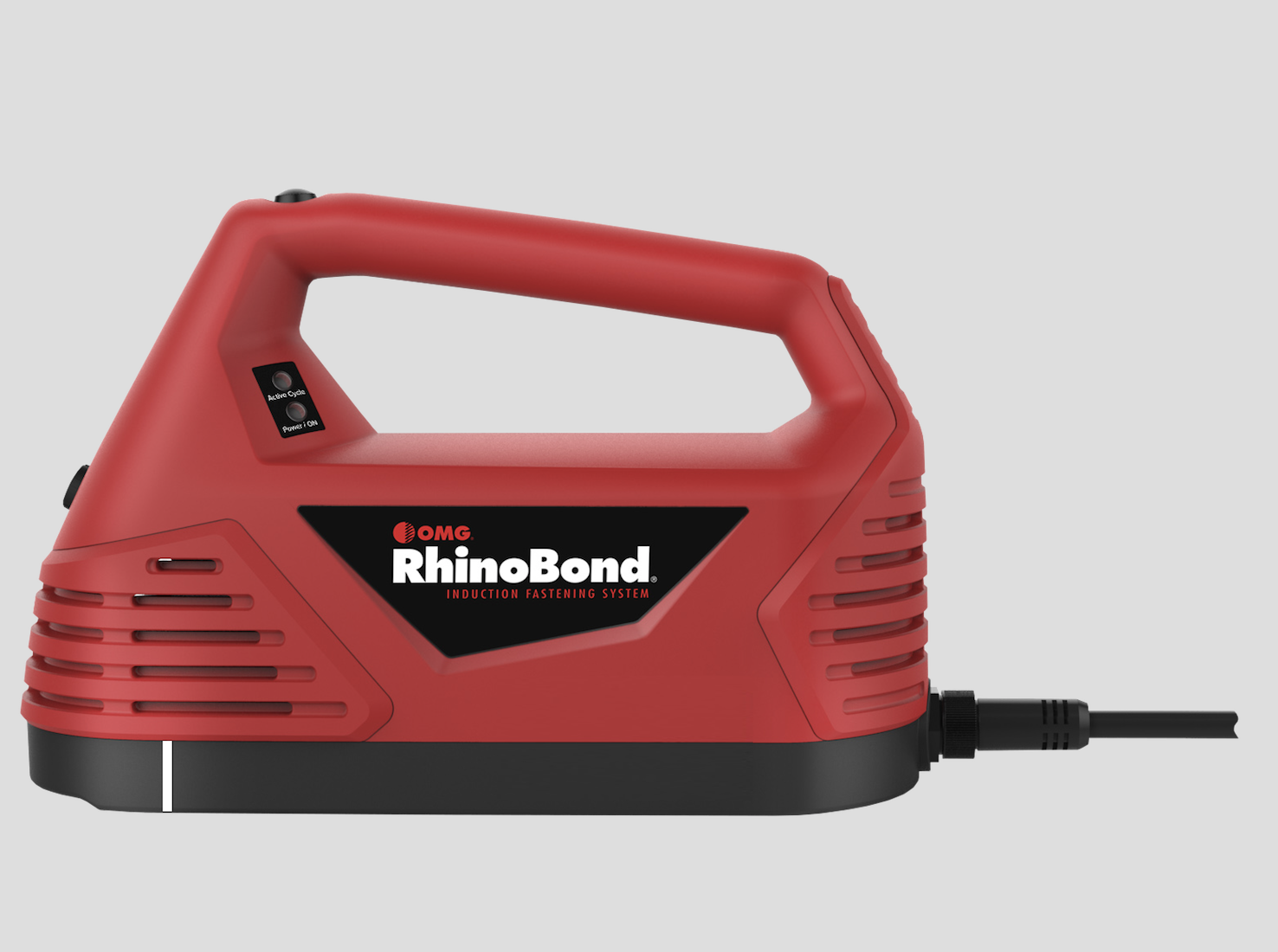 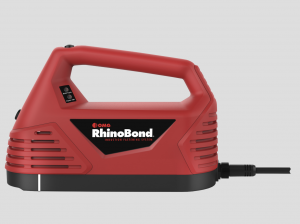 OMG Roofing Products introduces the RhinoBond Hand Welder. Based on patented Sinch Technology, the portable RhinoBond Hand Welder is designed to help roofers weld RhinoBond Plates in tight spaces such as under raised rooftop equipment and on vertical surfaces. The ergonomically designed tool features a vibrating handle and an indicator light that lets roofers know when the tool is activated and when the weld cycle is complete. The base is recessed and features centering indicator lines to help users properly align the tool over installed RhinoBond Plates for optimum bonding and improved productivity.

The new tool weights just six pounds (2.7 kg), and operates on 110V and 220V power sources for global use. Each tool comes with three, eight-inch tall magnets, and a durable carrying case that protects the induction tool when not in use. Using a 12-gauge RhinoBond Power Cord (sold separately), the independent Hand Welder can be operated up to 100-feet (30 m) from the power source. A quick connect power cord pig-tail enables international users to quickly switch to the local plug configuration for global use (international pig-tails sold separately).

“Many roofers understand the tremendous productivity and performance benefits that RhinoBond offers,” said Web Shaffer, vice president of marketing for OMG. “In fact, some roofers have seen productivity rates increase by 30%. To enhance the systems’ overall productivity, we wanted to offer a solution that can be used everywhere on the roof, even in tight spaces. This new product makes that possible.”

The RhinoBond System is designed for use with TPO and PVC roofing membranes and approved by most roofing system manufacturers. The System uses advanced induction welding technology to bond roofing membranes directly to specially coated plates used to secure the insulation to the deck. The result is a roofing system with improved wind performance that requires fewer fasteners, plates, and seams, and zero penetrations of the new membrane. Since it was introduced in 1998, nearly 2.0 billion square feet (185 million square meters) of membrane has been installed with the RhinoBond System around the world.