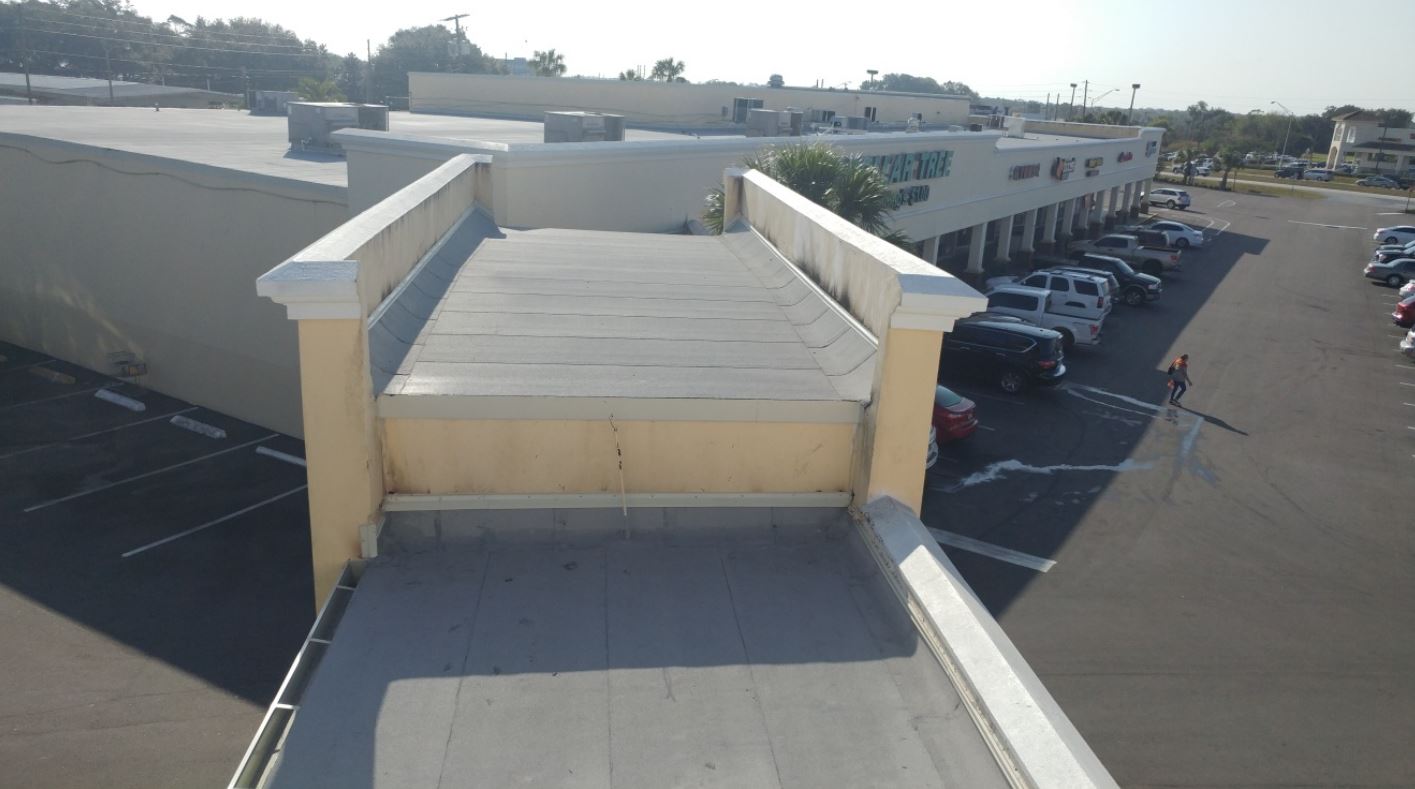 The re-roofing project of the shopping center totaled 79,556 square feet. 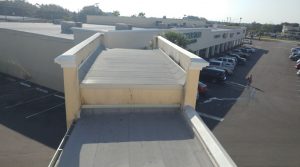 The re-roofing project of the shopping center totaled 79,556 square feet.

Roofing contractors often find themselves tackling re-roofs at shopping centers in piece-meal fashion, doing sections over the years as the budget allows. When property manager Southern Management and Development decided to remodel the entire Southgate Shopping Center in Sebring, Fla., in conjunction with Publix Markets’ replacement of their existing store at the location, they looked to Advanced Roofing to get the job done.

The scope of work included re-roofing three large sections of the retail plaza and a drugstore on the property. The roofing portions totaled 79,556 square feet.

The roof specified was a two-ply modified bitumen system from Johns Manville. In the three large sections of the plaza, the existing built-up roof was completely torn off, while the drugstore was a re-cover project, notes Andrew Vik, estimator and project manager with Advanced Roofing’s Tampa branch, which operates under branch manager Michael Landolfi.

Roofing work started in November 2016 and was completed in February 2017. After the existing roof was removed, crews installed 2-inch polyiso to the steel deck. “We mechanically fastened that with a half-inch USG SecuRock cover board through the steel deck,” notes Vik. “The two plies of modified bitumen were then torch applied, a smooth base sheet and a white granulated cap sheet.”

On the drugstore, the roof was vacuumed, and the cover board and two plies were installed over the top of the old roof system.

In addition to the roofing scope, Advanced Roofing’s HVAC division installed and removed heating and air conditioning units and replaced some obstructive ductwork. “We had our own HVAC people working with our roofing crews, so it was easy to coordinate everything,” notes Vik. “We had HVAC installations on three of the buildings, and we remounted existing units on two of the buildings. There was also a lot of demolition on the south building, as there were several derelict units that
had been sitting there for quite some time. Those had to be hoisted off there and taken out.”

In addition to the roofing scope, Advanced Roofing’s HVAC division installed and removed heating and air conditioning units and replaced some obstructive ductwork.

Logistics are often a challenge with a shopping center that remains open to the public, notes Vik. “You have to load and unload multiple levels of the roof at different times,” he says. “Customer relations is also a challenge; you have to keep everyone happy and ask a lot of questions. The construction manager has to do a lot of P.R. when he’s there.”

Demolition portions of the project were done at night and application during the day, so business at the mall was never disrupted. Traffic in the parking area was also a key concern.

“Setup areas had to be barricaded and marked off while we were loading and unloading,” Vik says. “There was even a drive under bridge connecting two buildings that had to be re-roofed, so we always had to be mindful of people below.”

Parapet walls did not surround all portions of the roof, so safety precautions included a safety perimeter; employees outside the perimeter had to be harnessed and tied off to a portable fall protection anchor system by Raptor.

The project went off without a hitch, according to Vik. “The mall was 100 percent open during the entire project,” he says. “Things went very smoothly— especially for everything that was involved. One of our mottoes is, ‘The harder the job, the better.’ We like a challenge. We take on a lot of projects other companies shy away from.”

The keys to his company’s success are coordination and versatility, states Vik. “We do it all,” he says. “We didn’t have to get anybody from outside the company to work on the project. We did all the roofing, all of the HVAC, and all of the hoisting was done in-house. We’ve also got lightning protection inhouse, and we have a solar division. We have a great team. Everyone does their part to get the bids out and get the jobs done. It’s the best team I’ve ever worked with.”