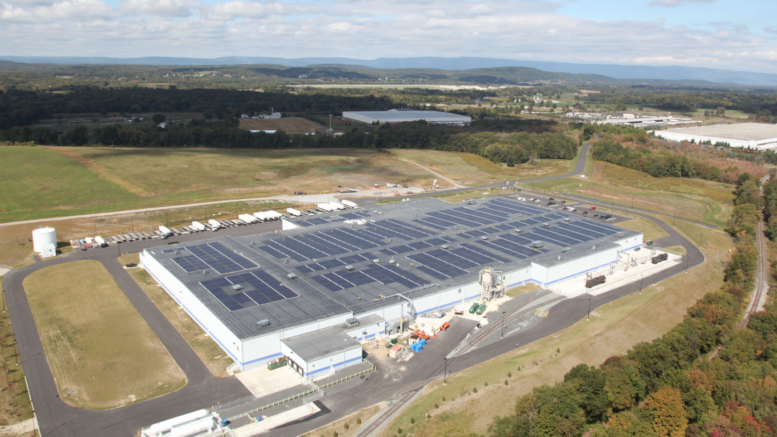 It’s time to get serious about solar. You may have heard that before, only to see the enthusiasm about solar power wane. But with strong government support, almost 70 years of technological advances, and growing concern over the use and expense of fossil fuels, conditions are now right to make solar power an economical and sustainable choice.

Scroll back to 1954 when Bell Laboratories announced the invention of the first practical silicon solar cell. Alongside the introduction of TV dinners, the creation of Social Security, and the release of Elvis Presley’s first record, solar power was hailed as a harbinger of revolutionary change. In a burst of post-war optimism, the New York Times hailed the invention as “the beginning of a new era.”

That was, of course, more than 60 years ago. For decades, solar power limped along as a niche provider of energy, hampered by the expense of solar products, its experimental nature, and the low cost of competing sources of power. When President Jimmy Carter installed solar panels on the roof of the White House in the late 1970s, it was seen as a largely symbolic move. As recent as last year, in 2021, almost eighty percent of energy produced in the United States still came from fossil fuels. The “new era” has been slow to develop. But it is definitely gaining momentum.

The move to solar was jump started by the passage in 2009 of a stimulus package, legislation that earmarked more than $25 billion in funds for alternative energy subsidies. The price of solar cells began to decline as the technology became more efficient, setting the scene for exponential growth during the last decade.

Call it a tipping point, a perfect storm, a critical mass. In 2022, forces have converged to capitalize on the progress of the last decades and respond to the concerns of the current business climate. Political instability worldwide has created major reservations about reliance on traditional sources of energy; as global warming intensifies, “clean energy” independence has become an attractive political agenda.

The Biden Administration has taken forceful action to foster the growth of renewable energy. In late May, the White House said it would cut in half the amount it charges companies to build wind and solar projects on federal lands. And, after climate legislation stalled in Congress late last year, the administration gave the green light to two major solar projects on federal land in the California desert. Federal, state and local governments are offering attractive tax credits to homeowners and businesses who choose to go with solar power. And, in a dramatic act to illustrate its commitment to the development of solar, the Administration is authorizing the use of the use of the Defense Production Act (DPA) to accelerate domestic production of clean energy technologies, including solar panel parts.

So where does this leave the building owner, the contractor, the architect, the specifier? Buildings are now seen as part of the solution to climate change, reducing carbon in the atmosphere. The roof is rightly seen as essential to the function of the building. It is also an attractive platform for photovoltaic systems. But the primary function of the roof needs to be considered and protected before any decisions about solar can be made. In a perfect world, the scope of the solar being attached to the roof would be part of the overall structural scope of the project.

Regardless of whether you are designing a new roof, or retrofitting an existing one, there are certain basic questions to be asked before any construction should proceed:

• First, can the proposed or existing roofing system support the weight of the photovoltaic array, including the solar equipment and the racking system?

• Equally as important, how will the system get attached to the roof? A broad variety of building codes refer to standards for this stage of the construction. The codes provide a good starting point. But there’s also an expectation that the structural performance of items as they are attached to the roof have to be calculated and designed by a professional to fit the unique challenges of the individual project.

There are two basic choices for attaching a solar array to the roof: mechanically attached, or ballasted. In a ballasted system, the ballasting weight is attached to the bottom of the rack. That weight should be adequate to resist forces such as earthquakes or high winds.

The challenge with ballasting equipment, however, is that the ballast needs to be secure enough so that the rack system will not move. Wind is the most obvious concern. Solar panels tend to be of a shape that has large surfaces that can exposed to the wind. Any sliding of the array or the rack on the roofing membrane can cause abrasion, potentially causing damage. The upside of a ballasted approach in a retrofit setting: fewer penetrations that you would have to accommodate in the roof system.

Another key consideration: will the service life of your photovoltaic system be similar to the existing or intended roofing membrane? Solar panels are durable and can last up to three decades. A membrane that wears out before the solar panels are ready to be replaced can create and expensive and logistical challenge.

Assess how much heavy foot traffic will be needed to maintain the proposed panels. In order to maintain their peak efficiency, solar panels need to be cleaned frequently. Caked dust, debris, twigs and pollen can all reduce the yield of the PV system by preventing light from reaching electricity-generating cells.

Before you begin work, carefully determine whether the existing or proposed roofing membrane cam accommodate the heat generated by the PV system, and — conversely — will the solar panel be impacted by heat reflected upward by the membrane? Conventional wisdom might point towards using a reflective roof with a PV system. Recent research suggests otherwise. According to Jason Wilen, a Chicago-based architect and roofing consultant, “There is research out there that would suggest that it would be advantageous to have a non-reflective or dark surface.” This research focused on the reflective heating generated by the roofing surface up towards the solar panels. While the roof itself may be kept at a cooler temperature by using “cool” roofing, the research suggests that up to a nine degree heating of mechanical items could be caused by heat thrown off by the reflective roof. The operating temperature of solar panels directly impacts their efficiency. In general, the cooler the panel, the more efficiently it is collecting and disseminating energy.

Ultimately, these choices will be driven by one basic question: “What will offer the biggest benefit to a building owner?” A PV system that generates significant clean energy, supported by a long-lasting roofing membrane that contributes to the smooth functioning of the solar panels, cutting costs and generating tax relief, is most likely an approach that will leave a business owner smiling. That’s the promise of solar power in 2022, a promise that seems sure to deliver long-anticipated and long-term results.