During the last decade, the roofing industry has been increasingly impacted by two strong forces: first, rising energy prices with no real end in sight, and, second, increasingly stringent building codes and regulations, designed to limit emissions, reduce energy use and mitigate the impact of urban heat islands. 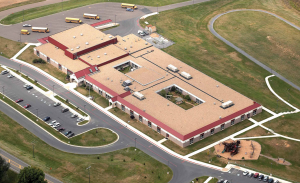 The industry response has also been two-fold: In some instances, new products have been created, such as lower VOC adhesives, primers and sealants, self-adhering membranes and a wider variety of reflective membranes. At the same time, roofing professionals have taken a close look at some of the products that have been in use for a generation. Using rigorous science, they have tested these tried-and-true products to see how they measure up against the new standards. And in many cases, they’ve found that products that have been in use for decades are delivering great results in this new, energy-sensitive environment. Case in point: ballasted roofing, which has been available since the early 1970s, is turning out to be a great choice to meet 21st century needs.

The first definitive study to measure the energy-saving potential of ballasted roofs was done at Oak Ridge National Laboratory, Oak Ridge, Tenn., in 2007. Andre Desjarlais, ORNL’s group leader of Building Envelope Research, and his colleagues had just completed work in which “we had done a fairly substantial comparison of different cool roof technologies, both membrane types, as well as coatings,” Desjarlais says. At the request of EPDM manufacturers, working together at the newly founded EPDM Roofing Association (ERA), Bethesda, Md., as well as manufacturers within Waltham, Mass.-based SPRI, Desjarlais designed and implemented a second study to assess the performance of ballasted roofing. “We undertook a study to effectively expand what we had done earlier on coatings and membranes,” he says.

Other factors also encouraged ORNL to generate data about ballasted roofing. The California Energy Commission, Sacramento, had just revised its codes, essentially defining roofs with high reflectance and high emittance as the only choice of roofing membranes that would deliver high energy savings. Desjarlais believed this definition of a “cool roof” might be inaccurately limiting roofing choice by excluding other roofing materials, such as ballasted roofs, that would deliver comparable savings. 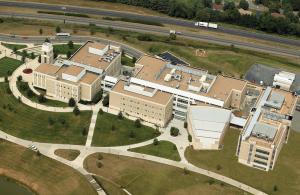 The California Energy Commission, Sacramento, had just revised its codes, essentially defining roofs with high reflectance and high emittance as the only choice of roofing membranes that would deliver high energy savings. PHOTO: EPDM Roofing Association

In addition, in Chicago, a new Chicago Energy Code was adopted as early as 2001 “with high reflectivity and emissivity requirements that limited severely building owners’ and managers’ roof system choices”, according to a paper presented in 2011 by Bill McHugh of the Chicago Roofing Contractors Association. At the roofing industry’s request, a reprieve was granted, giving the industry until 2009 to come up with products with a reflectivity of 0.25.

Faced with that 2009 deadline, the Chicagoland Roofing Council, Chicago Roofing Contractors Association and Rosemont, Ill.-based National Roofing Contractors Association began in 2001 to conduct research on products that would help to meet the city’s goal of creating a workable Urban Heat Island Effect Ordinance while giving building owners a wider choice of roofing products. As part of their effort, the industry coalition turned its attention to the energy-saving qualities of ballasted roofing and coordinated its work with the research at ORNL.

Desjarlais points out the concept of thermal mass having energy benefits has been accepted for years and has been a part of the early version of ASHRAE 90.1. “Thermally massive walls have a lower insulation requirement, so there was industry acceptance of the fact that using mass is a way of saving energy,” he says. “But we had a hard time translating that understanding from a wall to a roof. Whether you do that with a concrete block or a bunch of rocks doesn’t really matter. The metric is no different. Roofs or walls.”

CNA Makes Donation to Chicago Chapter of Rebuilding Together