The Sentinel II XDR Solar Roof Pump features a removable solar panel that can be placed away from the pump. 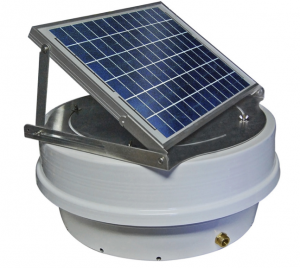 When you say “flat roof”, many people cringe, thinking of stagnant ponding water, health concerns and damaging roof leaks. And it’s not unusual during very rainy seasons to hear about low-slope roofs collapsing under the weight of ponded water.

Auxiliary roof pumps and even solar roof pumps have been around for decades but can be unreliable. Nicholas Bryditzki, a licensed roofing contractor and certified infrared roof inspector, developed the Sentinel Solar Roof Pump because he wanted a more reliable option. “It’s not that I invented it; they already exist but none of them work,” he says. “I went to a premier solar engineer with the concept and said I want to make this thing ‘roofer-proof’.”

To Bryditzki, “roofer-proof” means the roof pump had to be very durable. Consequently, the Sentinel Solar Roof Pump is encased in spun aluminum that is powder coated with a DuPont coating to keep the patent-pending system cool. In addition, patent-pending cold-weather protection ensures the pump won’t freeze and burn out. To further protect the pump, a sensor detects when water needs to be drained, so the pump doesn’t run all the time; it uses a “siphon-effect”, per Bryditzki. The 20-Watt solar panel is large enough to recharge the battery. 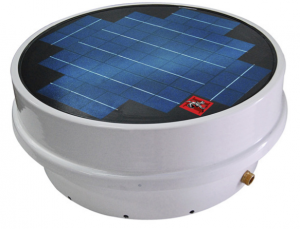 The Sentinel II LP Solar Roof Pump is a stationary unit with an embedded solar panel.

“Roofers showed a little resistance to this until I showed them how to actually save a roof and service it until the owner was ready to re-pitch and re-deck or instead of installing expensive new in-roof drains,” Bryditzki adds. “That’s how it’s catching on right now.”

The Sentinel II XDR Solar Roof Pump features a removable solar panel that can be placed away from the pump.

Bryditzki is delighted by the Sentinel Solar Roof Pump’s success during the two years it has been available in the marketplace. He credits the success to the design of the roof pump itself. “The original prototype is still installed and running in the middle of New Mexico,” he says. “I was just out there last month and we tried to break it; we put mud, leaves and rocks in it and it was still draining.”

This “Roofers’ Choice” was determined by the product that received the most reader inquiries from the March/April issue’s “Materials & Gadgets” section.