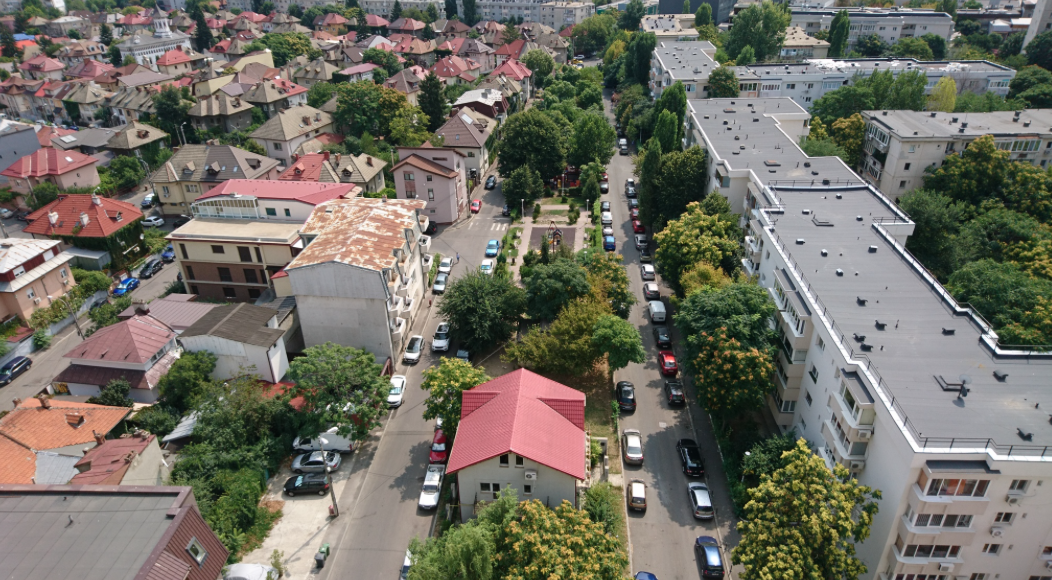 [Editor’s Note: In May, Thomas W. Hutchinson presented a paper at the 2017 International Conference on Building Envelope Systems and Technologies (ICBEST) in Istanbul, Turkey, as did his good friend, Dr. Ana-Maria Dabija. After the conference, Hutchinson delivered a lecture to the architectural students at the University of Architecture in Bucharest, Romania, and spent several days touring Romania, exploring the country’s historic buildings and new architecture. Convinced that readers in the United States would appreciate information on how other countries treat roofing, he asked Dr. Dabija to report on roof systems in Romania. The first article, “Roofing in Romania: Lessons From the Past,” was published in the July/August issue of Roofing. In this follow-up article, Dr. Dabija continues her exploration of the forces shaping the architecture of Romania.] 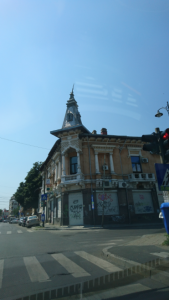 In buildings as well as in other fields of activity, there are at least three determinant factors in the choice of products:

Like many other things, buildings can be read from the perspective of these factors. And so we go back to square one: history. 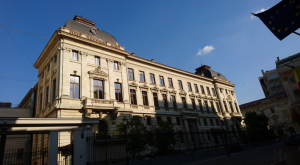 Our excursion in the history of the roofing systems in Romania moves from the 19th century to the present. As mentioned in the previous article, the use of metal sheets and tiles began sometime in the late 17th century (although lead hydro-insulation seems to have been used in the famous Hanging Gardens of Babylon in the sixth or seventh century, B.C.).

The Industrial Revolution that spread from the late 18th to the mid 19th century included the development of iron production processes, thus leading to the flourishing of a new range of building materials: the roofing products. The surfaces that can be covered with metal elements—tiles or sheets—span from low slopes to vertical. More complicated roofs appeared, sometimes combining different systems: pitched or curved roofs use tiles while low slopes are covered with flat sheets.

Copper, painted or galvanized common metal, zinc or other alloys cut in tiles and sheets, with different shapes or fixings—the metal roofs of the old buildings are a gift to us, from a generation that valued details more than we do, today (Photo 1). 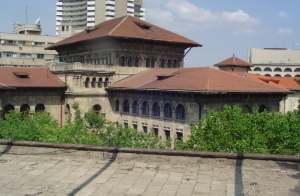 (Photo 3) The Palace of the School of Architecture in Bucharest, designed by architect Grigore Cerchez. Photo: Ana-Maria Dabija.

In the second half of the 19th century, in 1859, two of the historic Romanian provinces—Walachia and Moldova—united under the rule of a single reigning monarch, and, in 1866, a German prince, Karl, from the family of Hohenzollern, became king of the United Principalities. In 1877 the War of Independence set us free from the Turkish Empire and led to the birth of the new kingdom of Romania. The new political situation led to the need of developing administrative institutions as well as cultural institutions, which—in their turn—needed representative buildings to host them. In only a few decades these buildings rose in all the important cities throughout the country.

The influence of the French architecture style is very strong in this period as, in the beginning, architects that worked in Romania were either educated in Paris or came from there. It is the case with the Palace of the National Bank of Romania (Photo 2), designed by two French architects and two Romanian ones. 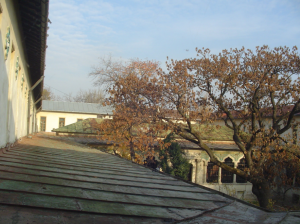 (Photo 4) A detail of the inner courtyard and roof at the Central School by architect Ion Mincu, 1890. Photo: Ana-Maria Dabija.

The end of the 19th century is marked by the Art Nouveau movement throughout the whole world, with particular features in architecture revealing themselves in different European countries. In Romania, the style reinterprets the features of the architecture of the late 1600s, thus being called (how else?) the Neo-Romanian style. A few fabulous examples of this period that can be seen in Bucharest include the Palace of the School of Architecture (Photo 3), the Central School (Photo 4), the City Hall (Photo 5). Most of the roofs of this period use either clay tiles or metal tiles and metal sheets (Photos 6 and 7).

In parallel with the rise of the Art Nouveau style in Europe, the United States created the Chicago School, mainly in relation to high-rise office buildings. This movement was reinterpreted in the international Modernist period (between the two World Wars).

As a consequence of the Romanian participation in the First World War, in 1918 Basarabia (today a part of the Republic of Moldova, the previous Soviet state of Moldova), Bucovina (today partly in Ukraine) and Transylvania were united with Romania. The state was called Greater Romania. The capital city was Bucharest. Residential buildings as well as administrative buildings spread on both sides of the grand boulevards of the thirties, built in a genuine Romanian Modernist style (Photo 8). 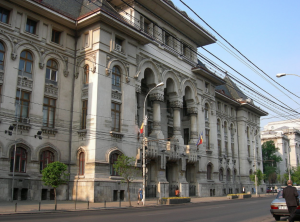 Influences from the Chicago School are present in the roof types. Flat roofs began to be used, sometimes even provided with roof gardens (although none have survived to our day). It is probable that the hydro-insulation was a “layer cake” of melted bitumen, asphalt fabric and asphalt board, everything topped with a protection against UV and IR radiation. The “recipe” was mostly preserved and used until the mid-90s.

In the second half of the 20th century, the most common roofs were the bitumen membranes, installed layer after layer. Residential buildings and most administrative buildings had flat roofs. Still, in the center of the cities, more elaborate architecture was designed, so next to a church with a metallic roof, you might find a residential block of flats with pitched roofs covered with metal tiles, behind which the lofts are used as apartments (Photo 9).

Most of the urban mass dwellings, however, were provided with flat roofs (Photo 10). Even the famous House of the People (Photo 11)—the world’s second-largest building after the Pentagon—has flat roofs with the hydro-insulation made of bitumen (fabric and board layers). 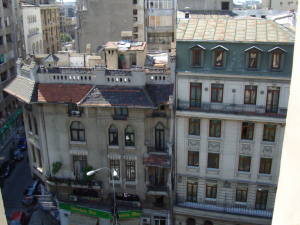 (Photo 6) Residential buildings built in the late 19th or early 20th century in the center of Bucharest. Photo: Ana-Maria Dabija.

Corrugated steel boards or fiberboards were mainly used in industrial buildings and sometimes in village dwellings, replacing the wooden shingles as a roofing solution that could be easily installed (Photo 12).

After 1989, when the communist block collapsed, products from all over the world entered the market. The residential segment of the market exploded, as wealthy people wanted to own houses and not apartments. Pitched roofs became an interesting option, and the conversion of the loft in living spaces was also promoted. Corrugated steel panels, with traditional or vivid colors, invaded the roofs, serving as a rapid solution both for new and older buildings that needed to be refurbished. Skylights, solar tunnels and solar panels also found their way onto the traditional roofs as the new developments continued (Photo 13).

Today the building design market is mainly divided between the residential market and the office-retail market. Where roofs are concerned, unlike the period that ended in 1989 (with a vast majority of buildings with flat roofs, insulated with bitumen layers), most individual dwellings and collective dwellings with a small number of floors (3-4) are provided with pitched roofs, mainly covered with corrugated steel panels. 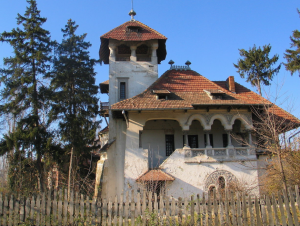 For the high-rise buildings, the bitumen membranes (APP as well as SBS) are still the most common option, but during the past decade, elastomeric polyurethane and vinyl coatings have also been installed, with varying degrees of success. EPDM membranes, more expensive than the modified bitumen ones, are used on a smaller scale. PVC membranes have also been a choice for architects, as in the case of the “Henry Coandă” Internațional Airport in Bucharest. Bitumen shingles also cover the McDonalds buildings and other steep-slope roofs. In the last few years, green roofs became more interesting so, more such solutions are beginning to grow on our buildings.

The roof is not only the system that protects a building against weathering; today it is an important support for devices that save or produce energy. It will always be the fifth façade of the building, and it will always represent a water leakage-sensitive component of the envelope that should be dealt with professionally and responsibly. To end the article with a witty irony, the great American architect Frank Lloyd Wright is supposed to have said, “If the roof doesn’t leak, the architect hasn’t been creative enough.” 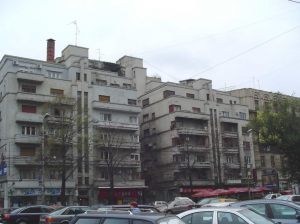 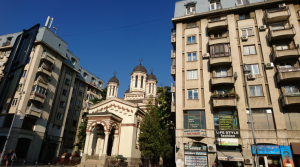 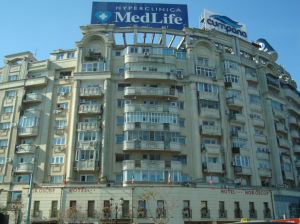 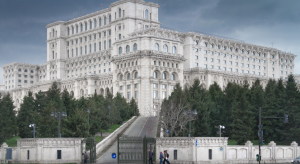 (Photo 11) The House of the People (today the House of the Parliament) is still unfinished. The main architect is Anca Petrescu. Photo: Mihai Petre, Creative Commons Attricbution CC BY-SA 3.0. 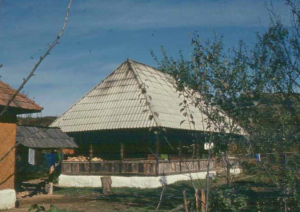 (Photo 12) Corrugated fiberboard on a traditional house in the Northern part of Romania. Photo: Alexandru Stan. 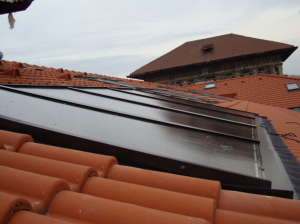 (Photo 13) The roof of the historic building of the Palace of the School of Architecture, with skylights, sun tunnels and BIPV panels. Photo: Silviu Gheorghe.

Membrane Is Factory Laminated to Cover Board

Be the first to comment on "Roofing in Romania, Part II: Past as Prologue"