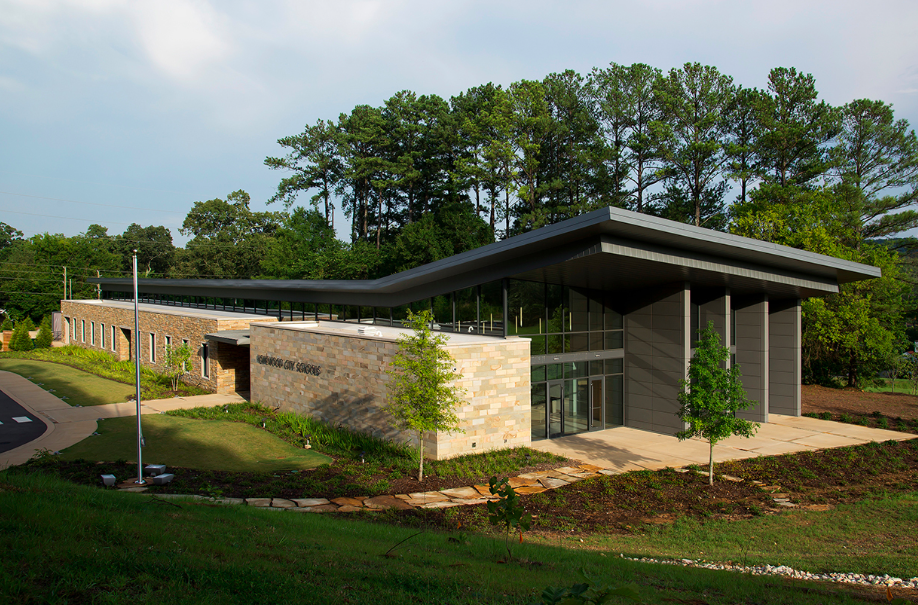 The roof design for the Homewood Board of Education Central Office was inspired by the site, which is known as Kite Hill. Photos: Petersen Aluminum Corp. 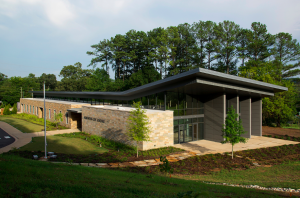 The roof design for the Homewood Board of Education Central Office was inspired by the site, which is known as Kite Hill. Photos: Petersen Aluminum Corp.

The new home for the Homewood Board of Education Central Office in Alabama is a 14,500-square-foot modern structure that marks the first phase of a long-term development plan on a 24-acre site in Homewood, Ala., a suburb of Birmingham.

The contemporary structure was designed by Williams Blackstock Architects in Birmingham. “The roof design was inspired by the site, which is known as Kite Hill,” says architect Kyle Kirkwood. “It’s a spot where kids and parents come to fly kites. The roof, which slopes in two different directions and is kite-like in its appearance, is representative of the popular site.”

The building was conceived as a “garden pavilion” integrated within the site, intended to mediate between public and private property, and man-made and natural materials. The structure is nestled into a line of pine trees with a cantilevered roof extending just beyond the pines.

The roof design was complex, Kirkwood notes. “Since the roof slopes in two directions, we had an interesting valley situation where we had to coordinate the orientation of the seams,” Kirkwood said.

The roof also features two rectangular low-slope sections that were covered with a TPO system manufactured by Firestone Building Products. The roof systems were installed by Quality Architectural Metal & Roofing in Birmingham, which specializes in commercial roofing, primarily architectural metal and single-ply projects. 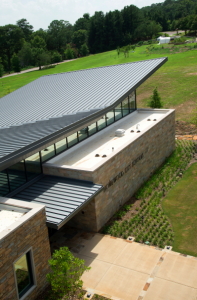 The building is nestled into a line of pine trees near the edge of the site, adjacent to a residential area. The cantilevered roof was designed to help the structure blend in with the location and mediate between public and private property. Photos: Petersen Aluminum Corp.

Eddie Still, Quality Architectural Metal & Roofing’s vice president, helped prepare the budget for Brasfield and Gorrie, the construction manager on the project, so Still was prepared to go when his bid was accepted. “It was a job that consisted of a large portion of metal and a smaller portion of TPO,” he says. “Since we do both things, we were a good fit.”

The installation was made event tougher by the logistics of the site, according to Still. “The design of the metal roof was unusual, to say the least,” he says. “It had a valley that cut through it, and the panels were sloped in two directions. That’s not normally the case.”

The biggest obstacle was posed by the building’s location on a hill near the edge of the property line, immediately adjacent to a residential neighborhood. “The Snap-Clad panels were approximately 60 feet long, which isn’t a problem if you have the equipment to handle them,” Still notes. “It does pose a problem logistically when it comes to getting them into a tight area, and we definitely had that.”

Panels were trailered in and hoisted to the roof by a crane. “Once the panels were up there, the installation was fairly easy,” Still says. “The roof didn’t have a lot of changes in elevation or different plateaus built into it. The only quirky thing was that valley, and once you had that squared away, you were good to go.”

Coordinating penetrations with members of plumbing and HVAC trades is critical, according to Still. “On the metal roofs, we always stress that you’re trying to present an aesthetic picture for the building, so you want to minimize the penetrations so it looks cleaner,” he says. “You have to coordinate on site so if you have a plumbing exhaust stack, it comes up in the center of the pan and not on the seam.” 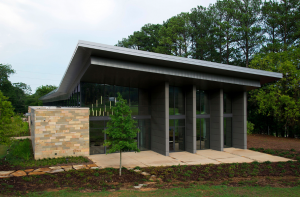 A small section of metal roof near the entryway was made up of mechanically seamed panels. “The reason we used Tite-Loc panels on that portion of the roof was because of the low slope,” Still says. “We used the same width panel, so it looks identical, but the seams are different. They are designed to work on systems with slopes as low as ½:12.”

Still looks back on the completed project with pride. “Our niche would be a building like this one, which has TPO or some other membrane roofing and metal,” he says. “We’ve been in business 33 years. We have a well-deserved reputation for the type of work we do. In the bid market things are price driven, so more often than not, price is the determining factor. But in larger projects and work that’s negotiated, the G.C. is going to opt to choose people to solicit pricing from who have a history of doing successful projects with them.”