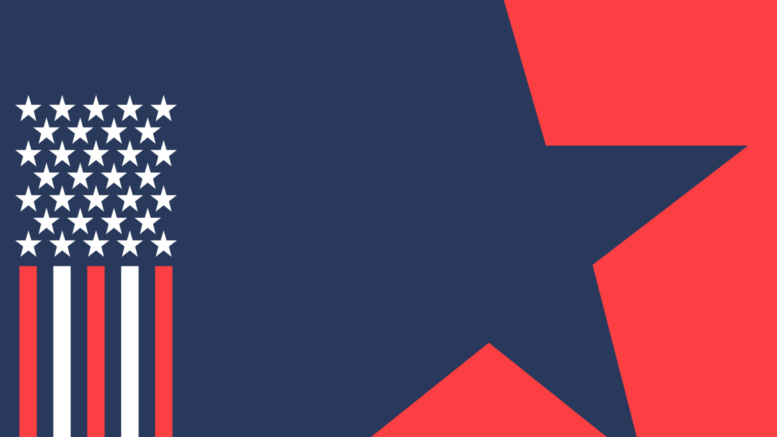 On August 12, 2022, after roughly a year and a half of negotiations, Congress passed the federal Inflation Reduction Act of 2022 (IRA). President Biden signed the bill into law on August 16, 2022. The IRA is a sprawling $485 billion bill that, according to members of Congress, aims to lower prescription drug costs, address global warming, raise taxes on some billion-dollar corporations, and reduce the federal deficit.

Tax on American Companies and Workers

Beginning in 2023, the IRA will impose a 15% minimum tax on financial statement income of corporations that have annual average adjusted financial statement income exceeding $1 billion over a three-year period. The tax provisions are intended to allow companies to take general business credits, such as credits for research and development, energy, and low-income housing. Notably, however, there are no adjustments for cost recovery, including accelerated depreciation and depletion, nor for deductions related to employee stock ownership. As a result, companies that invest in capital assets, like machinery and equipment, may be penalized under the minimum tax.

While the minimum tax is expected to only directly impact around 200 ultra-high income U.S. corporations, the costs could trickle down to smaller businesses, including those in the construction industry. The new tax plan under the IRA, according to its supporting members of Congress, is expected to raise more than $300 billion in new revenue over the next 10 years. However, according to the Congressional Joint Committee on Taxation (JCT), 49.7% of the revenue is expected to come from taxes imposed on U.S. manufacturers. The tax increases on American companies are likely to further exacerbate high materials prices for nonresidential construction projects — which have already increased by 20% during the past 12 months and 46% since February 2020 — and expose contractors to additional supply chain and employment issues as they continue to recover from the COVID-19 pandemic.

Opponents of the IRA contend that there will be an indirect tax on low and middle earners. According to the JCT, under the IRA, in 2023, taxes will increase by approximately $17 billion on American taxpayers earning less than $200,000. The IRA is further expected to raise approximately $14 billion from taxpayers earning between $200,000 and $500,000. According to JCT data, 98% of all tax returns filed by those in the $200,000 to $500,000 category are filed by those earning between $200,000 and $400,000, with at least three-fourths of the income in the $200,000 to $500,000 category also coming from those earning below $400,000, meaning it is likely that at least half of all new tax revenue raised next year would come from those earning less than $400,000. According to the U.S. Bureau of Labor Statistics, the median pay in 2021 for construction laborers and helpers was $37,520 per year, or $18.04 per hour. It naturally follows, then, that a significant number of contractors and their employees will be impacted under the new IRA tax plan. In fact, by 2031, according to the JCT, those earning below $400,000, including contractors and their employees, are projected to bear as much as two-thirds of the burden of the additional tax revenue collected that year. Proponents of the IRA, however, believe that the IRA’s aggregate financial benefits will outweigh any tax implications. Only time will tell whether the IRA will directly impact low and middle earners.

Tax on Oil and Gas

The IRA reinstates that Hazardous Substance Superfund financing rate on crude oil and imported petroleum products at the rate of 16.4 cents per barrel, indexed to inflation. Based on the current inflation trends, this provision could cause further increases in gas prices, utility costs, and additional price increases in petroleum-based products, many of which are regularly used in the construction industry and have already experienced increases of 100% or more over the past year.

The IRA modifies several of the clean energy and energy efficiency tax incentives to provide two different credit values: a base rate and an alternative or bonus rate. The bonus rate equals five times the base rate and applies to projects that meet both wage and apprenticeship requirements.

The bonus rate rules require that the taxpayer ensure laborers and mechanics are paid prevailing wages during the construction of a qualifying project, and, in some cases, for the alteration and repair of the project for a defined period after the project is placed into service. The apprenticeship rules require that the taxpayer ensure that government-registered apprentices perform a specific percentage of total labor hours of the project. The requirement is 10% of apprentices for projects for which construction begins in 2022, 12.5% in 2023, and 15% thereafter. The taxpayer and any contractor or subcontractor that employs four or more individuals to perform construction on a qualifying project must also employ at least one government-registered apprentice to perform such work.

Consistent with the U.S. Department of Labor, the IRA appears to expand the federal Davis-Bacon Act, which sets the prevailing wage requirements. What this means in practice is that no contractor is permitted to offer the government a better than average deal on the cost of labor. A study by the Beacon Hill Institute found that prevailing wage rules increase wages by 20% on average and boost construction costs by 7%. Those additional costs tend to fall on the taxpayers. All things considered, while the IRA provides $250 billion in incentives for clean energy projects, 83% of the value of these credits lies in projects that a majority of the construction industry will be largely prevented from participating in due to these labor restrictions. In an industry that is already facing a substantial workforce shortage, the IRA could limit the ability of otherwise qualified small businesses, skilled construction workers, and apprentices from participating in these projects.

The IRA also contains additional domestic content provisions. While the intentions of the domestic content provisions are positive, there could be severe unintended consequences for the costs of projects and the ability to complete them on time and within budget at a time when the country — particularly the construction industry — is facing such a significant rise in material costs. This is exacerbated by the fact that the 15% tax threatens to hit U.S. manufacturers the hardest.

The adjusted percentage is as follows:

• 40% for projects that begin construction before 2025

• 55% for projects that begin construction thereafter

For offshore wind facilities, the adjusted percentage is as follows:

• 20% for projects that begin construction before 2025

• 55% for projects that begin construction thereafter

About the author: Keith A. Boyette is an attorney with Anderson Jones, PLLC, a construction law firm located in Raleigh, North Carolina, with attorneys licensed in North Carolina, South Carolina, and Georgia. He assists clients throughout the litigation process, from pre-filing advice to mediation, settlement negotiations and trial. For more information or questions about this article, please email him at kboyette@andersonandjones.com.