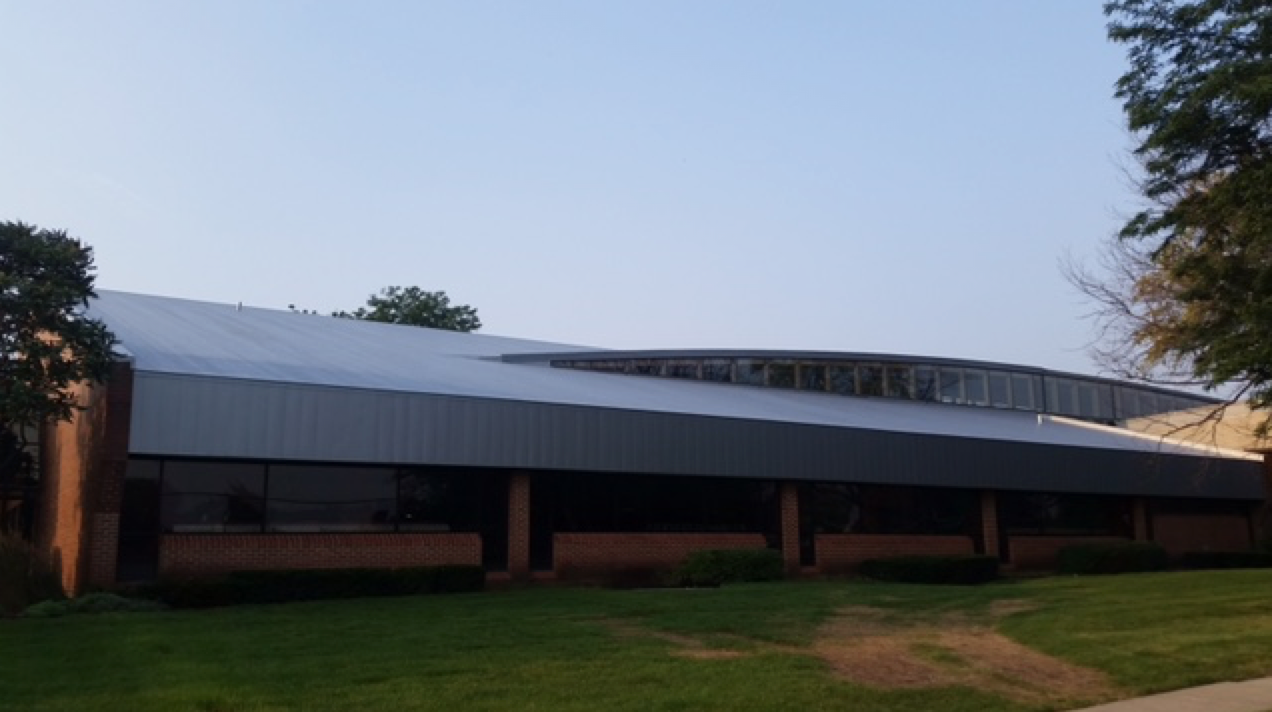 SENTINEL Silver Art met Glenside Public Library’s leak-free and architectural needs, plus the roofing contractor liked that the SENTINEL membrane was easy to install and looked great upon completion.

Whether you’re re-roofing a historic building that needs to maintain its aesthetics or you’re working on a new roof construction that has to make a statement, there are many instances in which a building owner would want his or her roof to generate a specific architectural appeal. The most difficult part of this is balancing durability and beauty with cost. Roof systems today have evolved to solve this conundrum. Now, copper and silver synthetic PVC membranes are being used to achieve the desired appearance of a metal standing-seam roof at a fraction of the cost without sacrificing performance. 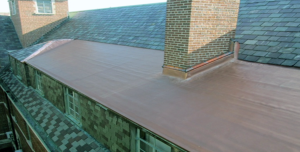 Copper and silver synthetic membranes are great cost-effective alternatives to metal roofs. As flexible synthetic systems, these roof membranes are economical and easy to install by conforming to complex geometries.

Certain synthetic PVC roof membranes on the market today are offered in a variety of colors, some of which can mimic the look of metal roofing. While these roof membranes offer the proven long-term performance of flexible polyvinyl chloride (PVC), they provide the metal appearance via the addition of pigments that can chalk or fade as the pigmented membrane ages, therefore losing the desired aesthetic feature.

Conversely, SOPREMA SENTINEL Copper and Silver Art PVC membranes incorporate copper or aluminum metallic powder into the PVC formulation, producing an enhanced metallic look. Unlike pigmented membranes, SENTINEL Copper Art provides the same weathering capabilities as traditional standing seam copper—the SENTINEL Copper Art will patina as a traditional copper roof would. Silver Art is unique because the color will not fade due to the addition of metallic powder, and its surface layer is factory embedded with an acrylic shield treatment to resist dirt pickup and chalking. Copper Art and Silver Art membranes provide the long-lasting aesthetic appearance and waterproofing abilities of a metal roof.

Applications for Copper and Silver Membranes

Copper and silver roof membranes are often used on buildings where aesthetics are important. Historic buildings, churches, schools, government buildings and army bases are a few examples of where this type of roof membrane has been installed. These buildings may require a particular appearance or designers may simply wish to update the appearance or provide some panache. Mansards or other areas of visible existing light-gauge metal roof systems may be present on these buildings and flexible copper and silver roof membranes may be used as an alternative aesthetic solution. 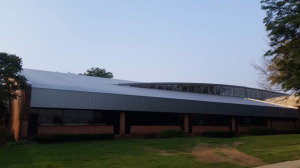 SENTINEL Silver Art met Glenside Public Library’s leak-free and architectural needs, plus the roofing contractor liked that the SENTINEL membrane was easy to install and looked great upon completion.

For example, since 2007, the slate roof of the Snyder-Phillips residence hall at Michigan State University had been leaking. The university needed to replace the existing slate roofing system with a new system that would meet the aesthetic requirements of the historic building. SOPREMA SENTINEL Copper Art was installed as a cap sheet to provide the desired appearance and the required long-term performance.

In addition, the Glenside Public Library had an existing standing-seam roof that was tied-in to a low-slope ethylene propylene diene monomer (EPDM) roof. The tie-in between the two materials was problematic and continuously leaked. The library wanted to preserve the standing-seam appearance, but the noise created by wind and rain on the metal roof was a concern.

SOPREMA SENTINEL Silver Art was selected because it could provide the desired look while eliminating the tie-in issues between the steep- and low-slope roofing materials. SENTINEL Silver Art met the library’s leak-free and architectural needs, plus the roofing contractor liked that the SENTINEL membrane was easy to install and looked great upon completion. In addition to its aesthetic appeal, SENTINEL Silver Art also offered the benefit of significant noise reduction when compared to the former metal roof system.

As roofing technology advances, the options for creating a desired aesthetic have evolved. SENTINEL PVC Copper and Silver Art are high-performance roof membranes that provide the appearance of metal with the flexible, long-term performance of PVC, without the weight, expense or complexity of a traditional metal roof.

Sara Jonas is a marketing manager with SOPREMA.

Locating the Source of Water Intrusion Can Be Tricky

Attach Almost Anything to Corrugated Profiles

The New Parkland Hospital Is Already a Dallas Landmark