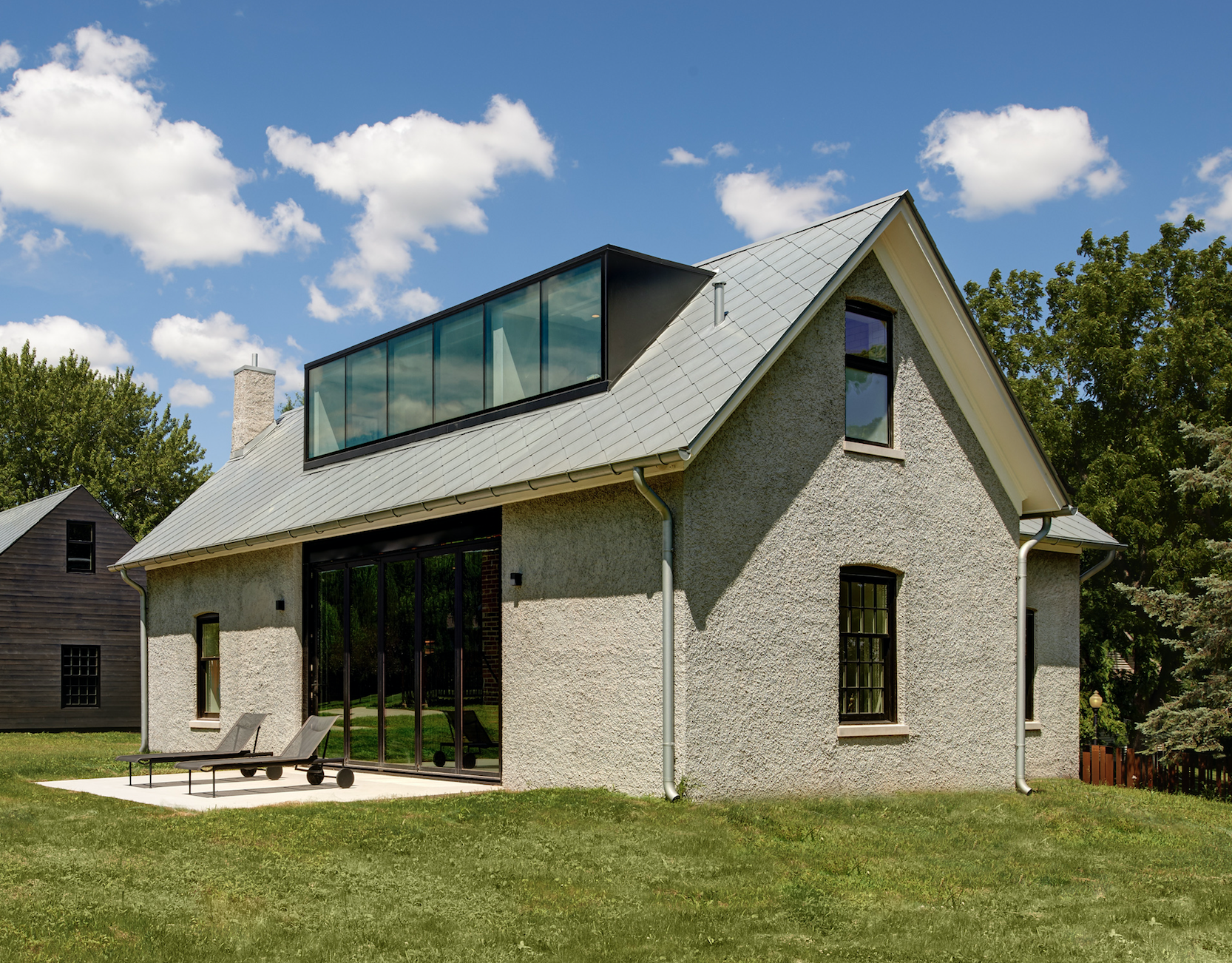 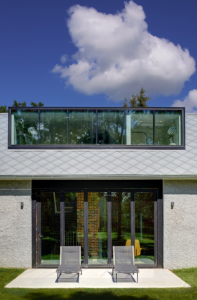 Originally built in 1853, this historic residence was recently renovated. The 1,870-square-foot cottage was designed to offer a highly contemporary flair while retaining many of its historic elements. Photos: RHEINZINK

Prior to its near-total reconstruction, the Jett Residence was an overgrown structure hidden in a grove of trees in Iowa City, Iowa. The strikingly renovated cottage now serves as a retreat house for its owners. Originally built in 1853, the residence retains a significant portion of the original, locally made red brick. An original, vaulted stone root cellar — rumored to have been part of the Underground Railroad — also remains on the property.

The owners were deeply involved in working with Neumann Monson Architects, Iowa City, in planning the renovation, according to co-owner Bobby Jett. The interior design of the 1,870-square-foot cottage offers a highly contemporary flair within the historic setting.

The most prominent feature of the exterior is the roof. “Everyone loves the roof,” Jett says. “They’ve never seen anything like it.” Approximately 2,500 square feet of RHEINZINK Square Tiles were utilized. The 0.8mm prePATINA blue-grey Square Tiles were installed in a diamond pattern.

The selection of the tiles was inspired by an old black and white photo of the house taken more half a century ago. “At that time, the roof of the house had diamond-shaped shingles. We wanted to replicate that look,” notes Jett. “The architect suggested that RHEINZINK could provide the look and durability we wanted.”

“We definitely wanted to replicate the roof’s visual pattern that we saw in the old photo but obviously wanted it to have more permanence and durability,” says Tim Schroeder, vice president at Neumann Monson Architects. “We’ve worked with zinc before and thought it would be a good complement to the dormers that would provide a nice crisp appearance. The RHEINZINK was definitely a nod to the historic element but provided a progressive look as well.” 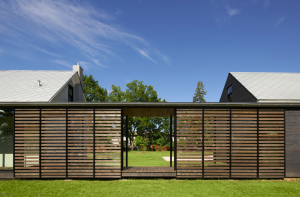 The restored roof is comprised of approximately 2,500 square feet of RHEINZINK Square Tiles, which were installed in a diamond pattern. Photos: RHEINZINK

Installation of the RHEINZINK Square Tiles was performed by Natural Metal Associates, Mont Vernon, New Hampshire. The owner of Natural Metal Associates, Lou Rondeau, has extensive hands-on experience with zinc fabrication methods and techniques. “I knew this was a unique project and I really wanted to be a part of it,” Rondeau notes. Rondeau was accompanied by an apprentice and personally did the hand-cutting and folding associated with detailing the valleys and edges. The work also included installation of the RHEINZINK half-round 5 ½-inch gutter system.

The installation was completed in nine days, according to Rondeau. “Zinc is a premium material that’s a real pleasure to work with,” he says.