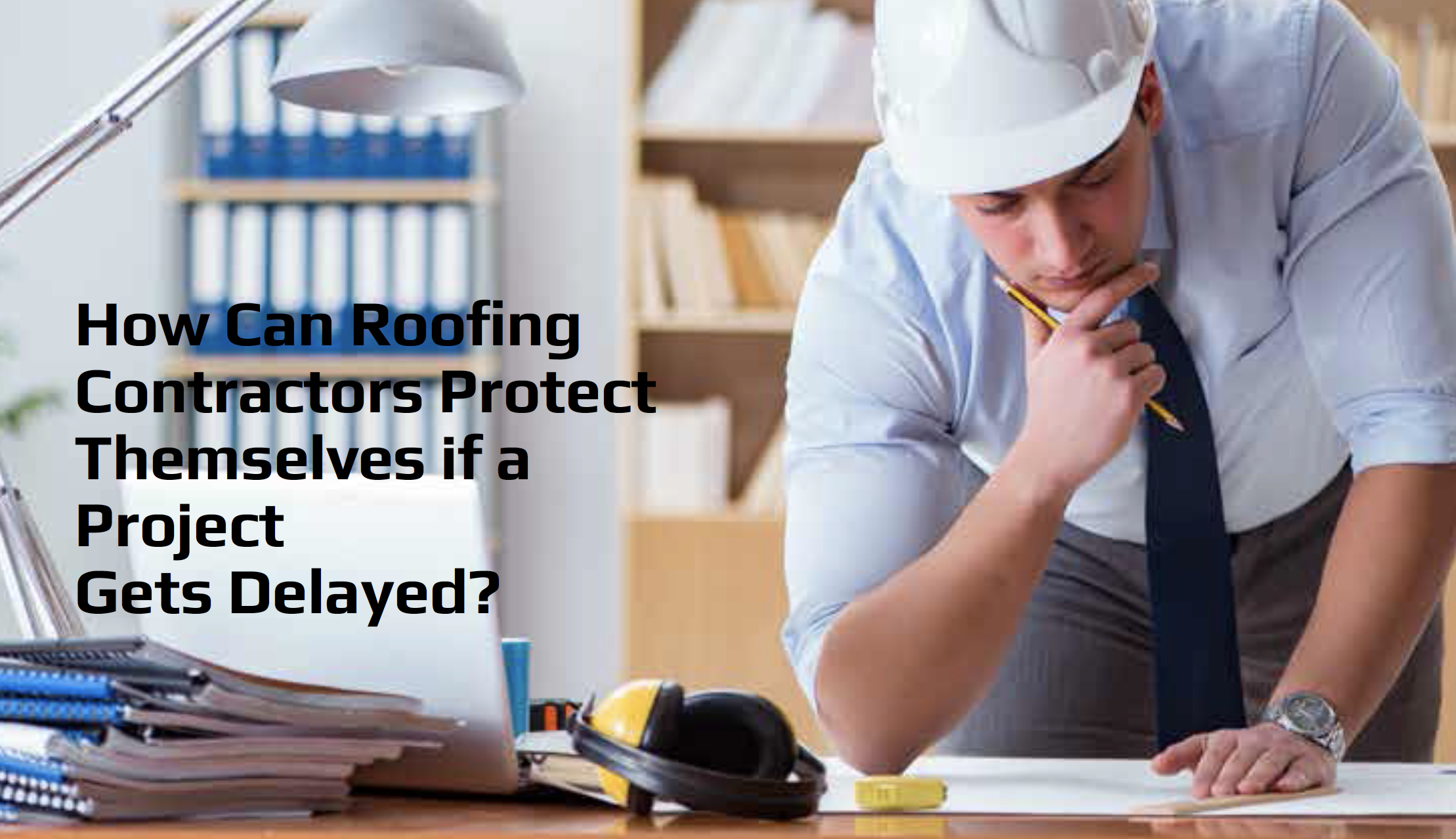 Project delays can have serious financial consequences for both contractors and subcontractors. When such issues arise, one option for affected contractors is asserting delay claims to recover losses. Delay claims, however, must meet several criteria to survive in court, and claimants can pursue them in many different ways. This article will discuss different types of delay claims and the methods for asserting them, as well as what subcontractors can do to protect themselves the next time they encounter a project that is behind schedule.

In simple terms, a delay claim arises when a project is delayed and a contractor or subcontractor needs more time (and possibly more equipment and labor) than originally budgeted to fulfill its contractual obligation.

A delay claim can help a contractor extend an original deadline for completing a job or compensate it for the additional costs associated with the delay, which may include the overtime and additional manpower necessary to keep a job on schedule, as well as consequential damages like lost profits, lost opportunities, and home office and administrative costs.

Some delays, of course, cannot be avoided and do not qualify the impacted contractors for compensation. Examples include weather-related delays and delays arising from foreseeable circumstances. Although, when an owner or general contractor causes or is responsible for a preventable delay—also known as an inexcusable delay—the lower-tier contractor may recover the additional costs to complete the project. Some examples of inexcusable delays include the customer not having the job site ready on time, supplying defective materials to its contractor, giving its contractor insufficient access to the job site, or wrongly interfering with the project schedule.

Before committing to the complicated and risky delay claim process, most subcontractors should seriously consider resolving delay disputes either through informal means or, if applicable, through the “equitable adjustment” clauses within their contracts. Pursuing equitable adjustments can be less confrontational than pursuing delay claims. What equitable adjustment clauses allow varies from contract to contract, and parties are entitled negotiate contract terms to define what constitutes such an adjustment. Generally, however, an equitable adjustment is an adjustment in the contract price to reflect an increase in cost arising from a change in the completion date or duration of time for the contracted scope of work. These price adjustments typically encompass overhead and profit as well as actual costs. (In contrast, a change in the actual scope of work is typically addressed via an additive or deductive change order.)

Some jurisdictions that lack a legal definition of “equitable adjustment” will enforce the parties’ contract terms and, in the absence of evidence to the contrary, an equitable adjustment can simply mean cost, plus reasonable overhead and profit. For example, a recent North Carolina Court of Appeals decision (Southern Seeding Service Inc. v. W.C. English Inc., et al) involved a contract provision stating that unit prices were based upon the project being completed on schedule and that should the contractor’s work be delayed without its fault, “unit prices herein quoted shall be equitably adjusted to compensate us for increased cost… .”

Although neither the contract nor North Carolina law defined the term “equitable adjustment,” the court considered the parties’ intended definitions of the term. Both parties testified that essentially, “equitable adjustment” meant the difference in cost. The court allowed the claimant, Southern Seeding Service, to recover the difference in its actual per-unit costs and the per-unit costs in its bid, plus overhead and profit.

This decision indicates that even in the absence of a contract specifically stating otherwise, contractors can sometimes use equitable adjustment clauses to recover their cost increases resulting from delays. In the case of Southern Seeding, where a “no damage for delay” clause barred Southern Seeding from making a formal delay claim, this proved valuable. One downside to the approach, however, is that it does not necessarily compel upper-tier contractors or owners to speedily compensate contractors for delays. And, unlike some delay clauses, equitable adjustment clauses do not provide for interest accruing on properly noticed claims that go unpaid. Informal methods and equitable adjustments may prove more effective for contractors who have stronger and more positive relationships.

If equitable adjustment claims will not resolve delay issues, delay claims can help—given the right circumstances. One of the biggest hurdles to establishing delay claims is first giving proper notice to the upper-tier contractor or owner. Often, contracts contain notice provisions that restrict the time window in which contractors may present delay claims. For example, some contracts require contractors to submit their claims within a certain number of days—often, as few as two days—of the date that a delaying event occurs or is known to the contractor. Courts generally enforce notice provisions strictly, though there are exceptions.

Additionally, many contracts contain “no damage for delay” clauses that can eliminate delay claims entirely. Under such terms, courts have ruled contractors may only acquire extra time “in the owner’s discretion” and cannot receive damages unless the defending party has clearly breached the contract.

Courts in most jurisdictions recognize some exceptions to “no damage for delay” clauses, particularly when owners or upper-tier contractors deal in bad faith, unreasonably refuse to provide additional time, or unreasonably interfere with the claimants’ work.

Even if a delay claim is allowed by contract, selecting the proper method of measuring and reporting damages from a delay is essential to success. The two primary methods for calculating delay claims are the critical path method and the total cost method.

The critical path method is an analysis of a project’s schedule, which shows the length of a delay and how that delay disrupted the sequence of dependent tasks required to complete a project as scheduled. Ideally, actual records of project hours, materials, and other expenses, as well as agreed-upon schedules, can enable contractors to piece together the contemporary cost of a delay. Although most courts strongly prefer these actual records to calculate damages, contractors without schedule information may also attempt the critical path method by relying on scheduling experts who can retroactively reconstruct the project’s as-built schedule and testify on critical path items to estimate how much the delay impacted them.

If there is no way to collect the information sufficient for the critical path method, the total cost method might be an option for potential claimants. This approach calculates delay damages by subtracting the total anticipated costs of a project from its total actual costs. To use this method, contractors must show (1) the customer is completely at fault for the increased costs from a delay; (2) there are no other ways to measure the damages; and (3) both the bid and actual costs are reasonably calculated.

All three of these points can be difficult to prove, and most courts, regardless of jurisdiction, treat them with a great deal of scrutiny. The New Hampshire Superior Court for Merrimack County, for instance, in the case Axenics Inc. v. Turner Construction Co., wrote “the total cost method is a ‘theory of last resort.’”

Many contractors who hope to recover home office expenses in delay claims use what is known as the Eichleay formula to determine such damages. Like other aspects of delay claims, however, the effectiveness of this method depends on the circumstances of the claim, a contractor’s documentation, and the jurisdiction. Furthermore, more conservative estimates may have greater chances of success. At its core, the Eichleay formula determines the amount of home office damages by multiplying the number of delay days by the average daily rate of home office overhead attributable the delayed contract. This daily overhead rate is calculated by dividing the delayed project’s share of a contractor’s total billings and dividing it by the number of days in the delayed contract (both the on-schedule and delay days). For cases involving government contracts, federal courts have deemed Eichleay claims as “the only proper method” for calculating home office damages provided they meet certain requirements. These requirements are: (1) the government caused the delay; (2) the period of delay was uncertain and the government required the contractor to be ready to resume its work on short notice; and (3) the contractor was unable to seek other work to cover its office expenses during that period.

Outside of matters involving federal contracts, courts treat Eichleay claims with a higher level of scrutiny than critical path claims. In an effort to discredit delay claims, defending parties often claim (correctly) that the Eichleay formula is only an estimate and not necessarily an accurate indicator of damages. To ensure the numbers within the calculation are true, contractors will likely have to provide audited financial statements—information smaller contractors may not be able to provide. Also, Eichleay damages may decrease if many of the office overhead costs were from bidding for the contract or if a contractor already paid most of its office expense before a delay late in a project. Although the federal government prefers the Eichleay formula, some state courts do not accept it and instead use the terms of a contract to determine the costs of overhead. Still, many contractors try to use the Eichleay formula whenever possible because it can potentially yield hundreds of thousands more in recovered expenses than other methods. Ultimately, the jurisdiction of a delay claim is a strong factor for deciding whether or not to use the Eichleay formula.

When project delays are inevitable, contractors have options to recover at least some of their losses. For many contractors, pursuing equitable adjustments will prove to be the most cost-effective and least adversarial solution. Companies that maintain detailed schedule records and give adequate, timely written notice of their delay concerns may successfully assert delay claims to avoid serious harm when a customer refuses to accommodate them (if contract provisions allow). Ultimately, consulting with a lawyer or delay consultant early in the delay process is the best protection from losing a legitimate claim.

This article is not intended to give, and should not be relied upon for, legal advice. No action should be taken in reliance upon the information contained in this article without obtaining the advice of an attorney.

The Future of Construction Projects: Geofencing, BIM and Smart Contracts

Be the first to comment on "How Can Roofing Contractors Protect Themselves if a Project Gets Delayed?"