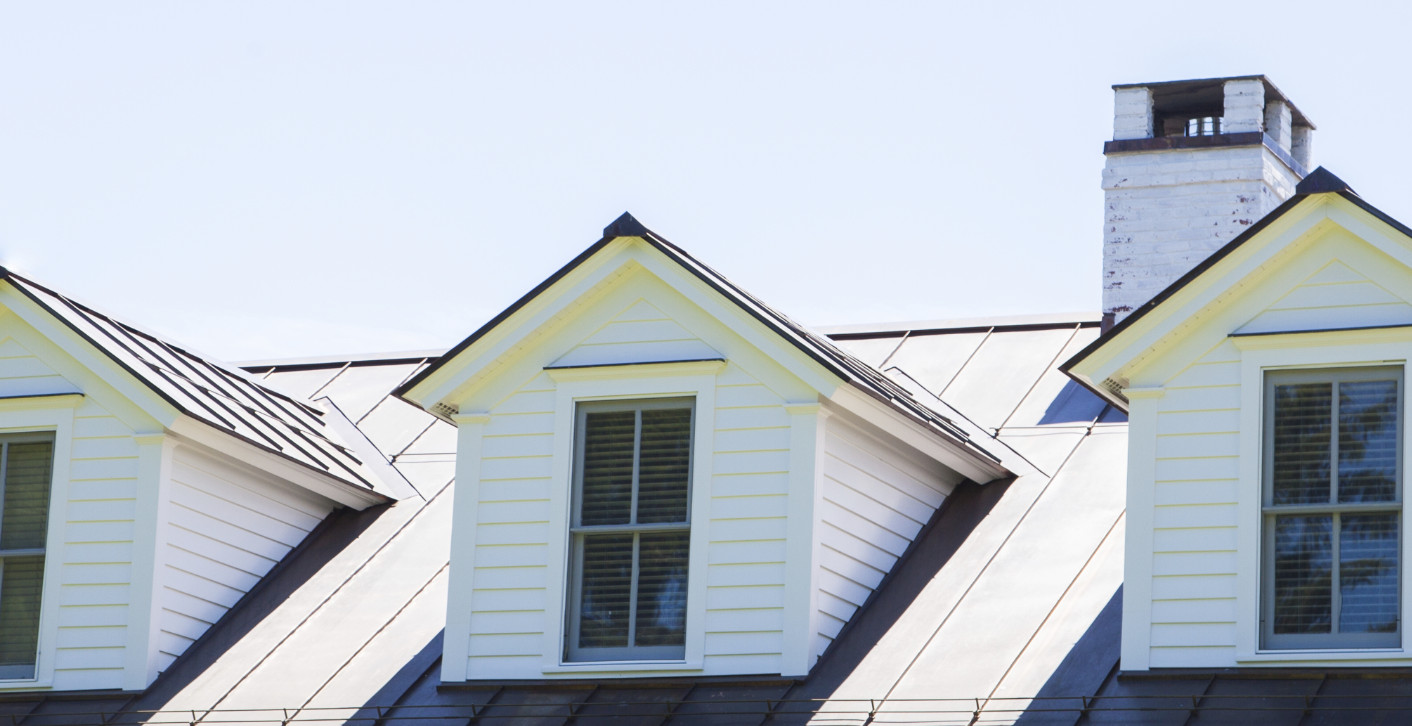 The homeowners wanted a seamless aesthetic so the snow-retention rods were run in a continuous fashion in front of dormers.

Anyone who spends time in Connecticut finds themselves in a place with deep historical roots that stretch back to colonial times. It is an inherent part of the charm of the state and something in which residents take great pride. 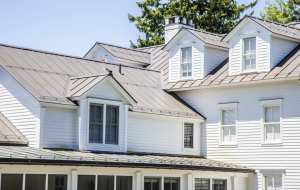 Along with delivering the performance desired by the homeowners, the copper roof maintains the traditional look and feel of the house.

There is a real, tangible window to this rich historical tradition in many of the historic homes and buildings all across the state. Great care has been taken to preserve the look and operation of many historic structures and to integrate them into the architectural fabric of communities all around Connecticut.

Today, Litchfield County has 166 properties and districts listed on the National Register of Historic Places. Staying true to the architectural heritage of the state is very important to the people who live there. However, just because a home or building looks like it did a few hundred years ago doesn’t mean it has to operate that way, too. Many owners of historic homes want to bring the function of their houses into modern times while still keeping the look and feel of the past.

This was the case for homeowners in Litchfield County who wanted to make some modern improvements while still preserving the traditional look and feel of their home in Sharon, Conn. For this work, the homeowners turned to the professionals at Anderson Enterprises, a general contracting building and renovation firm in Sharon. The project started with modest goals in mind but quickly grew.

“We were initially hired to replace four oak floors,” recalls Ellen Burcroff with Anderson Enterprises. “That was then extended to changing the mouldings, re-plastering, painting, renovating the third floor and master bedroom, as well as rebuilding the chimney and replacing the roof.”

Anderson Enterprises won the job after an interview. “Our goal was to get the homeowners into a more pleasing interior,” Burcroff says. 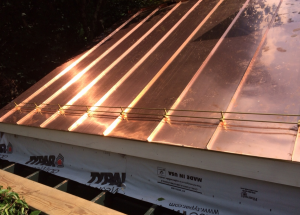 As part of the interior overhaul, the project included providing the home with proper ventilation and insulation. Along with delivering the performance desired by the homeowners, maintaining the traditional look and feel of the house was extremely important. Performing this kind of retrofit on a historic home without damaging the exterior often means going in through the roof, which was what was decided upon for this project. Removing the old wood shake roof meant installing a new one. The contractor believed this was a perfect time for a change.

“The customers wanted a historically authentic look,” Burcroff explains. “We strongly recommended not using wood shingles again. Ultimately, we all decided on using copper for the new roof.”

A copper roof was a perfect solution for this project for many reasons. On a performance level, the homeowners were interested in the durability and energy efficiency of copper. Aesthetically, copper delivers a striking curb appeal that is still in keeping with the historic nature of the home. And its natural patina will only enhance the look of the home over time.

With the appropriate decisions made, Anderson Enterprises’ team started work on the home. The wood shakes and wood lath were removed, exposing the rafters underneath. Fiberglass insulation was installed with about a 2-inch space left above the rafters for airflow.

Allen Barry writes about architecture and sustainability from Chicago.