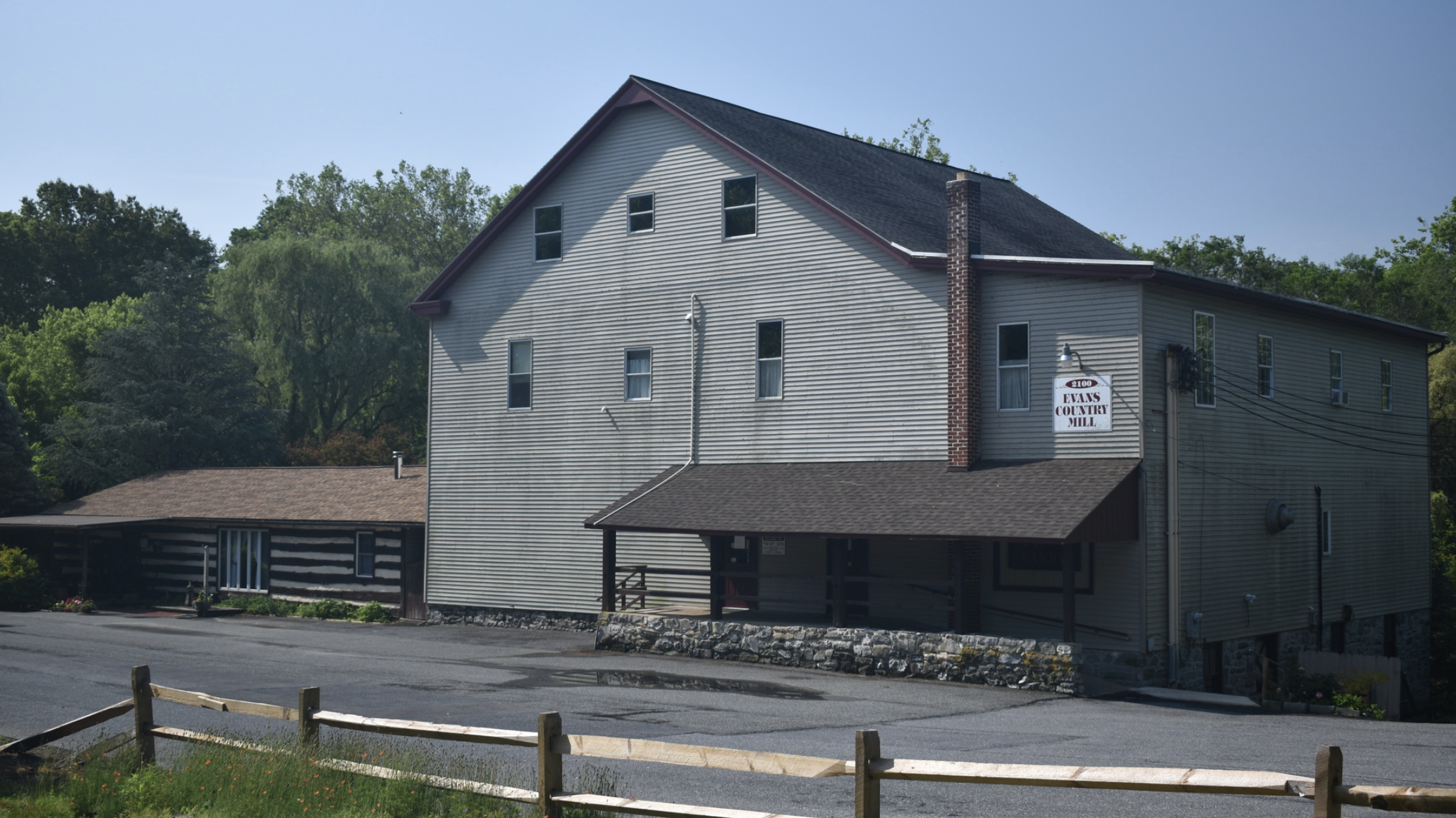 The first thing longtime roofer Dave Fisher will do is correct your pronunciation of Lancaster County, Pennsylvania — it’s traditionally pronounced “Lang-kiss-ter” for anyone wondering. And tradition is important where Fisher’s from.

Founded in 1729, Lancaster County is one of the oldest communities in America. The area is the heart of Pennsylvania Dutch country and has a strong farming and milling history. At the height of the milling industry, the area had more than 300 various types of mills operating.

The list of historical buildings in Lancaster County is long, so working on old structures is nothing new to Fisher, who runs I & D Contracting Ltd. in Lancaster. But re-roofing a 130-year-old mill to protect the interior while preserving its key historic characteristics presents unique challenges. Throw in local attachment to the building and a personal relationship with the owner and the stakes for doing the project right get even higher.

This was the challenge presented to Fisher’s crew in re-roofing the Evans Candy Store in Lancaster County, done in stages over the last several years, with the most recent project being completed in 2018. The candy store is located inside a flour mill that serves as a recognizable piece of Lancaster’s history. The structure was originally built in the 1700s, but dust from grinding flour was a perpetual fire risk, and the mill burned twice over its history. The existing structure has been in place since 1889.

The mill has had many names and many owners over its history, but the Evans family purchased the mill in 1983 and has worked to bring it back to its former glory. Coming from a line of Lancaster milling families themselves, the Evans have used the historic structure to create a destination retail location that keeps people coming back for more — more chocolate, that is — oftentimes long after they have moved out of the area.

“I refer to us as a very large mom-and-pop store. We still get most of our business from word of mouth and know many of our customers by name or what they order, but we’ve grown and branched out into grocery stores and specialty shops,” says Steve Evans, second-generation owner of the Evans Candy Store located in the old mill. “Still, about half of the people who order through our website are people who moved out of the area, but still want their Evans chocolate.”

Fisher is no stranger to the area, the old mill or the Evans family either. “I was born and raised in Lancaster County, so I’ve been familiar with this building since I was a kid,” Fisher says. “I’ve been doing work for the Evans family for 20 years now — sisters, brothers, parents. I’ve been glad to get to work on it and be a part of its story.”

Affectionately referred to as “Franken-roof” by both Fisher and Evans, the roof on the 10,000-square-foot Evans Candy Store consists of four separate roofs — a three-story, steep-slope roof; a two-story, flat roof over a retail space; a large covered porch attached to the side of the mill; and a long, one-story log cabin residence attached to the back of the mill. Each of these roofs has a different type and color of roofing installed for various reasons, and each presented its own challenges.

The “Franken-roof” extended to nearly every part of the mill’s exterior as a previous owner nailed red-colored asphalt shingles over all of the building’s original 1889 wood siding in an effort to protect the historic structure.

“I’ve lived in this area my whole life and I’ve never seen anything quite like it,” Evans says of the shingle-covered exterior. “When my family started restoring the mill — I was like 10 or 11 years old — I can’t tell you how many dumb asphalt shingles I picked up. That was my job. My brothers knocked them off the house and I picked them up and put them in the trash.”

Since then, the entire bottom floor of the building has been retrofitted to house to the candy store, while the upper floors have been converted into 3,000 square feet of residential space that a number of Evans family members have called home over the years.

It’s difficult to know for certain, but Fisher thinks the original roof over the main portion of the mill was slate. By the time the Evans bought the mill in 1983, the roof had been replaced with asphalt shingles. Evans hired Fisher and the I & D Contracting crew to re-roof this largest portion of the building — a 2,400-square-foot steep-slope roof — 10 years ago. To protect the historic building, Fisher wanted to start from scratch and make sure the job was done right. When he tore off the old roof, he found no real roof decking, just old barn wood in random sizes fitted together.

To preserve as much of the historical nature of the building, Fisher kept the original board decking, shoring it up where needed, and applied TAMKO Moisture Guard Ice and Rain Underlayment. To help create a more uniform surface for the shingles, Fisher chose a thick felt paper — TAMKO No. 30 Underlayment — to cover the barn wood roof deck and started laying the Heritage Premium asphalt shingles.

The shingle application required some extra care and an attentive ear due to the old barn wood deck. “There were gaps between the old barn wood pieces, so we had to listen to the sound each nail made as it went in — you could hear the difference when the nail hit one of the gaps and didn’t get any wood,” Fisher says. “In those cases, we had to move the nail and try again, because we wanted to know that it was really solid.”

Evans chose the very light-colored Olde English Pewter shingle in an attempt to reduce the heat coming in to the third story. Energy efficiency is always a concern in buildings of this age. When the Evans family purchased the building, it had no drywall or insulation, just open studded walls. Over the years, the family added spray foam insulation, insulation batting and roof vents to help address heat flow in and out of the massive historic building.

Fisher notes his crew took extra care around the 130-year-old brick chimney, which had been re-pointed in the past but needed some additional work. Fisher fabricated aluminum flashing and counter flashing out of coil stock on an aluminum brake to further protect the historic structure from potential damage.

Before Evans befriended Fisher and the two started their working relationship, Evans hired another roofer friend, Josh Miller of Miller’s Roofing in Wellsville, Pennsylvania, to update the flat roof portion of the old mill. The existing asphalt roll roofing installed in the early 1980s had reached the end of its life and Evans and Miller worked together to add foam sheeting over top of the existing rolled roofing and finished it by installing a Versico EPDM roofing system in the late 1990s.

The original roof deck over the flat roof portion of the mill was tongue and groove, and the men worked carefully to preserve the integrity of the original decking as they modernized the covering.

Fast-forward to 2018, and Evans contacted Fisher to replace and repair the roof over a large covered porch connected to the side of the building. The 450-square-foot cedar shake roof was added in an effort to blend with the rest of the historical structure, but after several decades, the moss-covered shakes succumbed to water damage and began to fail.

“We had to get creative — flashing underneath the existing siding to try and prevent the same problems from recurring,” Fisher says.

Evans loved the old cedar shake roof and felt torn when choosing a replacement shingle. He ended up going with Heritage Premium asphalt shingles for their durability and selected the Rustic Slate color to differentiate the covered porch from the rest of the structure.

“It was a toss-up — would I match the new shingles to the other parts of the building?” Evans recalls. “But then I realized, I kind of liked the covered porch being a separate entity unto itself. It had always had a different shade of roofing, signifying a separate area of the building, and I liked that. I chose the Rustic Slate color because it still gave that rustic, historic feel that I loved about the cedar shake.”

The other roof Fisher’s crew updated on the old mill in 2018 was on the long, log-cabin residence attached to the side of the three-story structure. Despite looking like an original part of the mill’s construction, the log cabin was added to the building in 1992, as a retirement home for Evans’ aging parents.

By the time Fisher got a good look at the log cabin roof in 2018, he realized the existing asphalt shingles were at the end of their service life, and one particular section of the roof had been patched multiple times and had additional layers of shingles stacked on the roof in an attempt to repel water.

Fisher took the 1,600-square-foot roof down to the decking, installed ice and water shield, new felt paper and installed TAMKO Heritage Premium asphalt shingles. Evans chose the Rustic Cedar color for the new roof as it was similar to the previous shingle color that added to the rustic, historic look that Evans hoped the log cabin would have in an effort to have it meld with the rest of the 130-year-old mill structure.

“I liked that Rustic Cedar look, pairing it with the log front,” Evans notes. “I think back to olden times with the cedar shake and wanted to emulate that. And I think we accomplished it. It is fun — it makes us smile when people ask us, ‘How old is that log home?’ and we get to tell them it’s only 26 years old.”

Fisher has grown to appreciate what he calls the “hodge-podge” of roof styles and colors on the old mill, and says the most important thing is that the building’s owner got exactly what he wanted and is a happy customer.

“Sometimes if people want to see installed examples of different colors of TAMKO shingles, I just send them to the mill because they can see a variety there,” Fisher says, laughing. “I jokingly asked Steve the other day if he had a shed that we could roof for him … just to see how many different colors we could do.”

About the author: Melissa Dunson is an award-winning journalist with more than a decade of experience writing about a wide variety of business sectors, including the construction industry, and as a technical and creative writer for TAMKO Building Products.

Planning, Execution and Quality Products Add Up to Successful Project