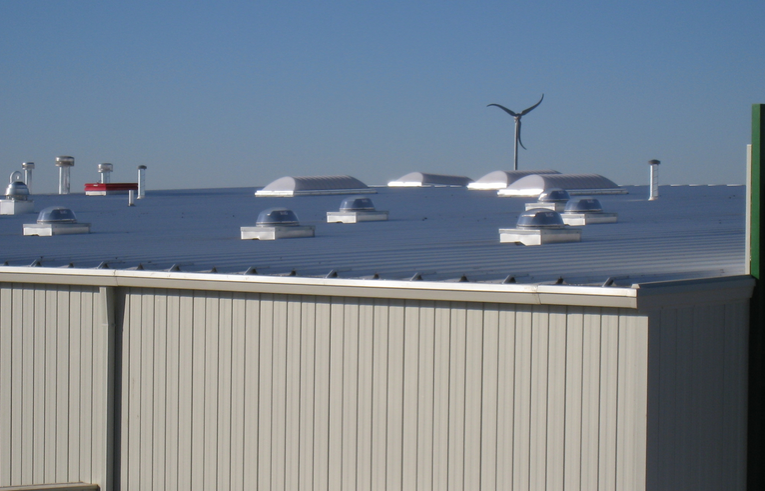 On the night of May 4, 2007, brothers Kelly and Mike Estes saw their BTI-Greensburg John Deere Dealership obliterated by an EF5 tornado nearly 2-miles wide (according to the Enhanced Fujita Scale, which rates the strength of tornados by the damage caused; view the scale on page 3). Astoundingly, 95 percent of their town—Greensburg, Kan.—was also destroyed that day. The tornado did much more than rip roofs off buildings and toss things around; it turned the entire community into what looked like kindling.

Rarely do communities get hit by an EF5 tornado, which can come about when air masses collide. Sometimes warm, humid air from the Gulf of Mexico rises above drier air from the Southwest deserts in the U.S. This can create unstable conditions resulting in thunderstorms and worse. A strong collision of air masses creates a strong storm. Additionally, wind patterns and the jet stream can magnify the storm, resulting in what people refer to as “the perfect storm”. 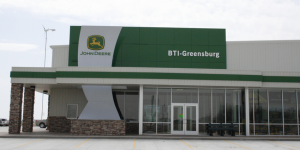 After being completely destroyed by an EF5 tornado, the BTI-Greensburg John Deere Dealership has been rebuilt in Greensburg, Kan., in a better, greener way.

Despite the large-scale losses incurred by the entire town, 100 customers and friends of the Estes family showed up the morning of May 5 to help them salvage what remained of their business. Shortly after the tornado disaster, Kansas Gov. Kathleen Sebelius stated her wish that Greensburg become the “the greenest city in the state”.

As part of their commitment to their community, Kelly, Mike and their family decided to rebuild their business in a better, greener way. They wanted the new 28,000-square-foot prefabricated metal building to be the world’s greenest farm-machinery facility; attain a LEED Platinum rating from the Washington, D.C.-based U.S. Green Building Council; and use the least energy possible. One of the most important considerations was using building materials that could withstand future tornados.

To help achieve LEED Platinum and outlast any future high-velocity winds, they incorporated 12 Daylighting Systems in their retail area’s roof to showcase their merchandise; reduce lighting energy costs; and flood the area with natural light, a benefit for customers and employees.

The Daylighting Systems capture light through a dome on the roof and channel it down through a highly reflective tube. This tubing is more efficient than a traditional drywall skylight shaft, which can lose over half of the potential light. The tubing fits between rafters and installs with no structural modification. At the ceiling level, a diffuser that resembles a recessed light fixture spreads the light evenly throughout the room.

The dome is made from high-quality acrylic resin that is specifically formulated for increased impact strength, chemical- and weather-resistance, and high clarity (a polycarbonate inner dome is used for high-velocity hurricane zones). Domes are engineered to deflect midday heat and maximize low-angle light capture. The tubing is made from puncture-proof aluminum sheet coated with the highly reflective material for maximum light transfer. The units (independently tested by Architectural Testing in Fresno, Calif.) comply with various building codes including the 2009 International Building Code and 2010 Florida Building Code, including high-velocity hurricane zones.

“When our power went out one time for four hours, we were able to keep the shop open and operating due to daylight strategies, which includes the Daylighting Systems,” notes Mike Estes. “We didn’t anticipate this benefit but we’re really happy to have this bonus.”
PHOTO: SOLATUBE INTERNATIONAL INC.

Beth McRae, MBA, is president of The McRae Agency, a full-service public relations, social media and marketing agency based in Scottsdale, Ariz.