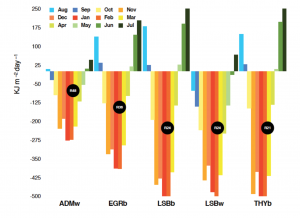 FIGURE 3: Heat transfer into and out of buildings in the City University of New York, Princeton University and Princeton Plasma Physics Lab, the latter two of Princeton, N.J., field tests. SOURCE: “The joint influence of albedo and insulation on roof performance: An observational study”

The researchers deployed high-resolution heat flux sensors over and through various roofs on buildings in- side the Princeton University campus. The buildings were very similar in design and usage with the exception of different roof membranes (black or white) and thicknesses of polymer-based insulation (R-21 up to R-48).

This study, which gathered measurements for one year, is one of the first to directly observe heat flux entering and leaving the building. It is the first study that paired a field test with an evaluation of the same buildings using a highly accurate and finely resolved model to validate and more deeply understand the interaction between insulation levels and surface reflectivity.

Figure 3 shows the net heat entering (positive values) or leaving the building (negative values) by month for each roof. The findings are easiest to observe on the two buildings with R-24 insulation levels but different membrane colors. (See buildings LSBb and LSBw in Figure 4, which shows all the buildings included in the study.) These two roofs were installed at the same time on adjacent areas of the same building. During the cold months of November through April, both the white and black roofs let the same amount of heat escape from the building (thus requiring heating). In the summer months, however, the heat gained by the white roof is minimal and much less than the heat gained by the black roof. As can be seen in Figure 3, even in the building with R-48 insulation, a level far above code requirements in even the coldest U.S. climates, there is a net reduction in heat flux in the roof with the highly reflective surface.

Another common argument against highly reflective roofs in cold climates is the alleged increased risk of moisture damage from condensation. Although condensation is not a focus of the new research described in this article, it is worth reviewing the issue briefly here. 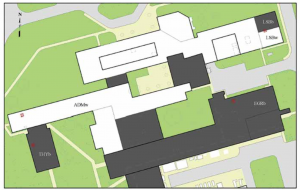 FIGURE 4: A map of the buildings in the Princeton field study. SOURCE: “The joint influence of albedo and insulation on roof performance: An observational study”

During the course of a year in seasonal climates, moisture can build up in roof systems during cool periods and dry out during warm periods. This process occurs regardless of roof color. Research indicates that although cool roofs may take a little longer to dry out than dark roofs, they also fully dry out, resulting in no net moisture buildup over yearly weather cycles. As the Washington, D.C.-based U.S. Department of Energy has noted in reference to the potential for condensation in cold climates, “while this issue has been observed in both cool and dark roofs in cold climates, the authors are not aware of any data that clearly demonstrates a higher occurrence in cool roofs.”

COOL ROOFS ARE HERE TO STAY

The roofing market, particularly the market for low-slope commercial roofs, demonstrates the effectiveness of reflective roofing in northern climates. Sales of white membrane roofs now significantly outpace dark membranes across the country, including in cold climates. Currently, about half of the nation’s 30 largest metropolitan areas have some kind of cool roof requirement or policy in place. Many of those cities are located north of the climate zones where ASHRAE and IECC require reflective roofs. These cities have had cool-roof requirements for quite a long time—Chicago since 2001; Washington, D.C., since 2005; and New York and Philadelphia since 2012.

There are online tools available to evaluate the energy- and cost-savings potential of cool roofs on buildings across all climate zones. For example, GAF Corp., Parsippany, N.J., recently introduced the CREST calculator. Lawrence Berkeley National Laboratory, Berkeley, Calif.; Oak Ridge National Laboratory, Oak Ridge, Tenn.; and others are working on a new version of the Roof Savings Calculator that, although live, is not recommended for current use while under development and validation.

While it may seem counterintuitive at first glance, cool roofs can be a net benefit to buildings and cities in cool climates. Research in the field and lab, as well as decades of market experience, are demonstrating that highly reflective roofs can be a net energy saver for buildings even in very cold climates.

Snow-retention System Is for TPO and PVC Membranes