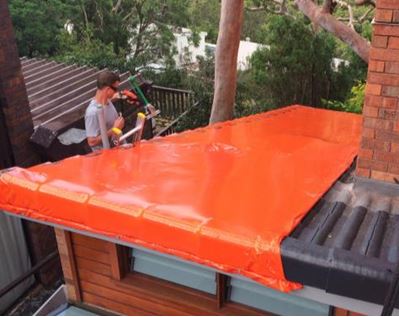 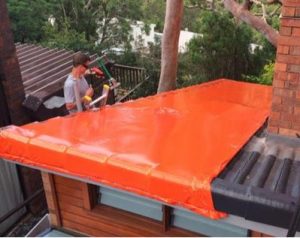 Stormseal is a patented invention designed to seal buildings and roofs damaged by storms or left open during construction. Stormseal will aid weather victims, their insurers and builders, thanks to a $452,162 federal government commercialization grant.

The idea for Stormseal came to Mr. Lennox when he was overseeing repairs and reconstruction on behalf of several insurance companies following storm episodes and during continual wet and windy conditions where he saw the damage claims multiply fourfold due to failing tarpaulins.

Tests have found Stormseal to be easier to install than a tarpaulin and can be cut and tailored at the worksite. It is currently available for use with training needed for installation. The federal government commercialization grant will allow increased production to meet demand.

Two patents have been granted for Stormseal film and the application method together with trademarks.

The funding was announced by the Mr. Wyatt Roy, assistant minister for innovation, Department of Industry, Innovation and Science under the Federal Government’s Entrepreneurs’ Program.