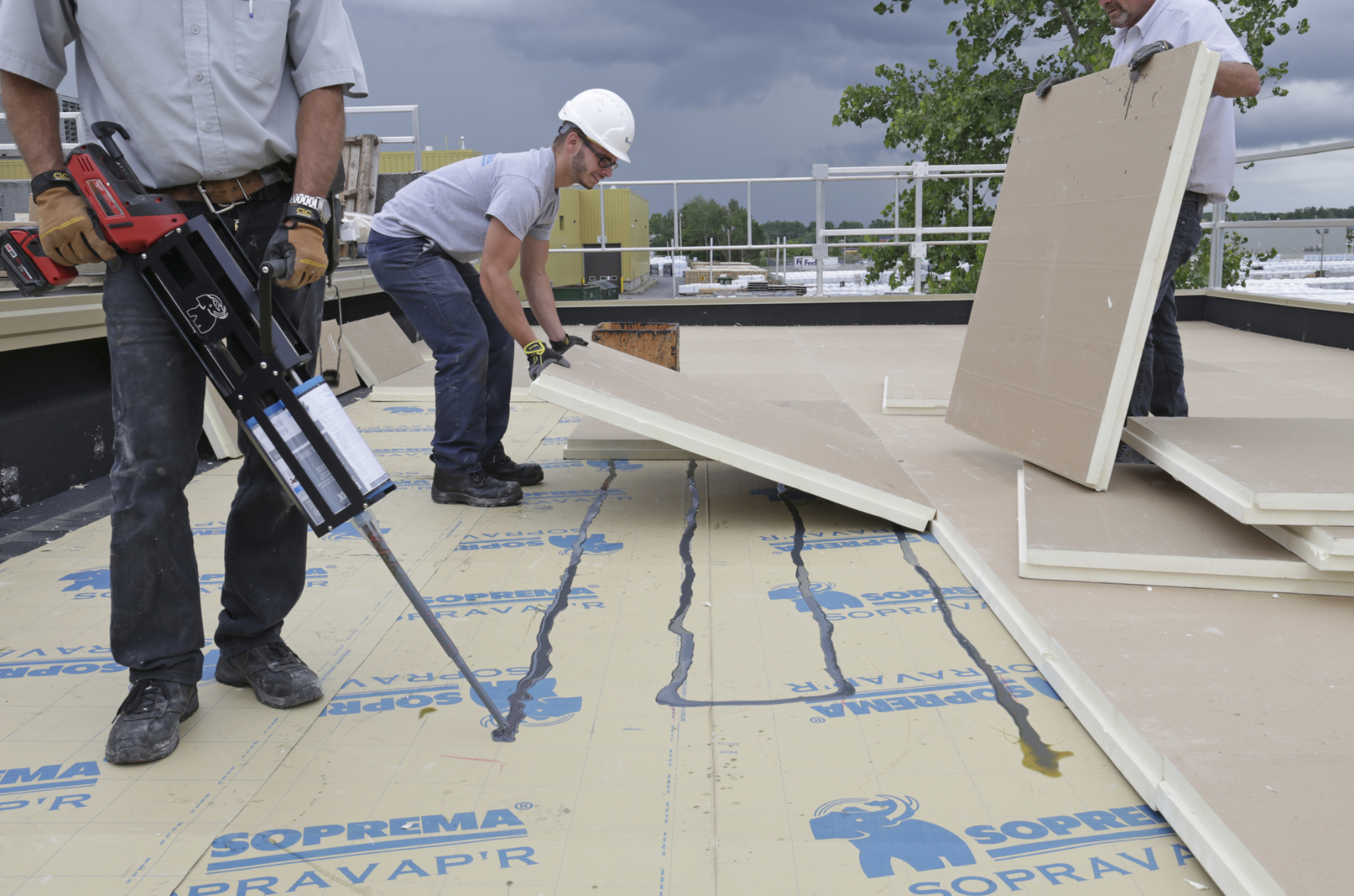 Small businesses are now able to deduct the full cost of replacing a roof on an existing non-residential building in the year the project was completed instead of depreciating that cost over a 39-year period, as was previously required. Photo: SOPREMA 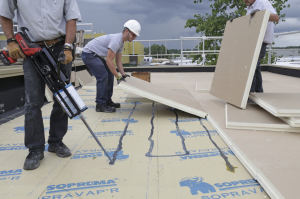 Small businesses are now able to deduct the full cost of replacing a roof on an existing non-residential building in the year the project was completed instead of depreciating that cost over a 39-year period, as was previously required. Photo: SOPREMA

It is fair to say that Washington, D.C., is far from dull. From the recent Tax Cut and Jobs Act to rolling debates on passing a federal budget, there is a great deal going on at the federal level that impacts the building and roofing industries. In particular, new reforms allow qualifying building owners to expense, or deduct, up to $1 million for the cost of certain building improvements in the year the work is performed, including adding insulation during roof replacement projects to meet or go beyond modern building energy code requirements. The impact can be significant for capital improvement projects. For example, a building owner that expenses the cost of a full roof replacement can reduce the net cost of the entire project by 25 percent to 30 percent.

The Tax Cut and Jobs Act, signed into law by President Trump on December 22, 2017, includes a provision that reduces the overall cost associated with re-roofing and significantly improves the cost-effectiveness of commercial roof replacements that comply with building energy codes. The vast majority of state and local governments require minimum insulation levels for both new roofs and roof replacements (but not for roof repairs or recovers). These requirements apply to existing buildings because the most economical time to improve a roof’s thermal performance is when the roof membrane is pulled off and replaced. Also, roof replacements are one of the best opportunities for improving energy efficiency in existing buildings, which account for 40 percent of U.S. energy use.

Starting in 2018, the new federal tax law expands the definition of “qualified real property” under the small business expensing provisions of Internal Revenue Code section 179 to include improvements to existing nonresidential roofs. Section 179 allows businesses to fully expense (deduct) up to $1 million (indexed for inflation after 2018) in one year for qualified business expenses, such as equipment purchases and specific building improvements. With this change, small businesses are now able to deduct — in the year completed — the full cost of replacing a roof on an existing non-residential building instead of depreciating that cost over a 39-year period, as was required under prior law. As a mechanism intended to limit the deduction to small businesses, the benefit is phased out for businesses that spend more than $2.5 million (also indexed for inflation) on qualified equipment and real property. This change takes effect in 2018 and, unlike some provisions of the new law, is permanent.

A typical scenario under which a commercial building roof replacement is required to comply with a building energy code is one where an older building with a low-slope roof has R-11 or R-12 insulation in the roof prior to the roof replacement. The R-12 assumption is based on a U.S. Department of Energy (DOE) study that evaluated the level of existing insulation in commercial building roofs. For most of the country, current building energy codes require roof replacements to have a minimum level of R-25 or R-30, depending on the climate zone.

The average simple payback period for meeting the energy code is 11.6 years, according to a comprehensive energy modeling study completed in 2009 (“Energy and Environmental Impact Reduction Opportunities for Existing Buildings with Low-Slope Roofs,” produced by Covestro).

The payback period is the amount of time it takes for the energy savings to equal the cost of installing the additional insulation. By allowing a building owner to deduct the full cost of the roof replacement, including the cost for installing additional insulation, the net cost of the entire project is reduced by 25 percent to 30 percent, depending on a tax payer’s tax rate. (The Tax Cuts & Jobs Act reduced the corporate tax rate to 21 percent, but the pass-through rates, which are more relevant to small businesses, are closer to 30 percent, which increases the impact of this new deduction.) More importantly, the deduction shortens the average payback period on the cost of installing additional insulation to 8.1 years, making the investment in energy efficiency even more cost effective for the building owner.

Recent maneuvers by Congressional budget writers provided several positive reforms that will impact the resiliency of buildings in some of the most vulnerable parts of the country.

First, Congress passed improvements to the Federal Cost Share Reform Incentive that increases post-disaster federal cost-share with states from 75 percent to as high as 85 percent on a sliding scale based on whether a state has taken proactive steps to improve disaster preparedness. These steps can include the adoption and enforcement of the most recent building codes. This further incentivizes states to maintain robust and current building codes, including the energy code.

Second, under reforms to the Stafford Act, federal disaster relief funds administered by the Federal Emergency Management Agency may be used to replace or restore the function of a facility to industry standards without regard to pre-disaster condition and replace or restore components of the facility not damaged by the disaster where replacement or restoration is required to fully restore the function of a facility. This allows post-disaster funds to be more effectively used to improve the resiliency of damaged buildings and should create opportunities for higher performing roof systems to replace those damaged in disasters.

While the built environment is likely to benefit under recent Congressional action, other policy priorities for the construction and energy efficient industries have been left unresolved. For example, Congress “extended” several clean energy and energy-efficiency related tax provisions, including the Section 179D deduction for commercial building energy efficiency. However, in head-scratching fashion, this and other tax provisions were only extended through December 31, 2017. This means more work is ahead to preserve the policies for the long term and add much needed certainty to the marketplace.

Unpredictable is a polite (and likely understated) description of the policy environment in our nation’s capital. You need not look beyond the recent FY2018 budget deal for an example. Building energy efficiency advocates spent countless hours educating lawmakers on the importance of funding federal research led by the Department of Energy (DOE). Fearing a federal budget that would cripple these vital programs by slashing budgets, advocates saw an 11 percent increase to the DOE’s Office Energy Efficiency and Renewable Energy budget, which leads research on building energy performance. And while history is a poor predictor of future success, recent action impacting buildings demonstrates that policymakers understand the need for strong policies that encourage and lead to more efficient and resilient construction.

Justin Koscher is president of the Arlington, Va.-based Polyisocyanurate Insulation Manufacturers Association (PIMA). He previously served as vice president of Public Policy at the Center for Environmental Innovation in Roofing.

ERA Leadership to Speak on Business Resilience at IBHS Event