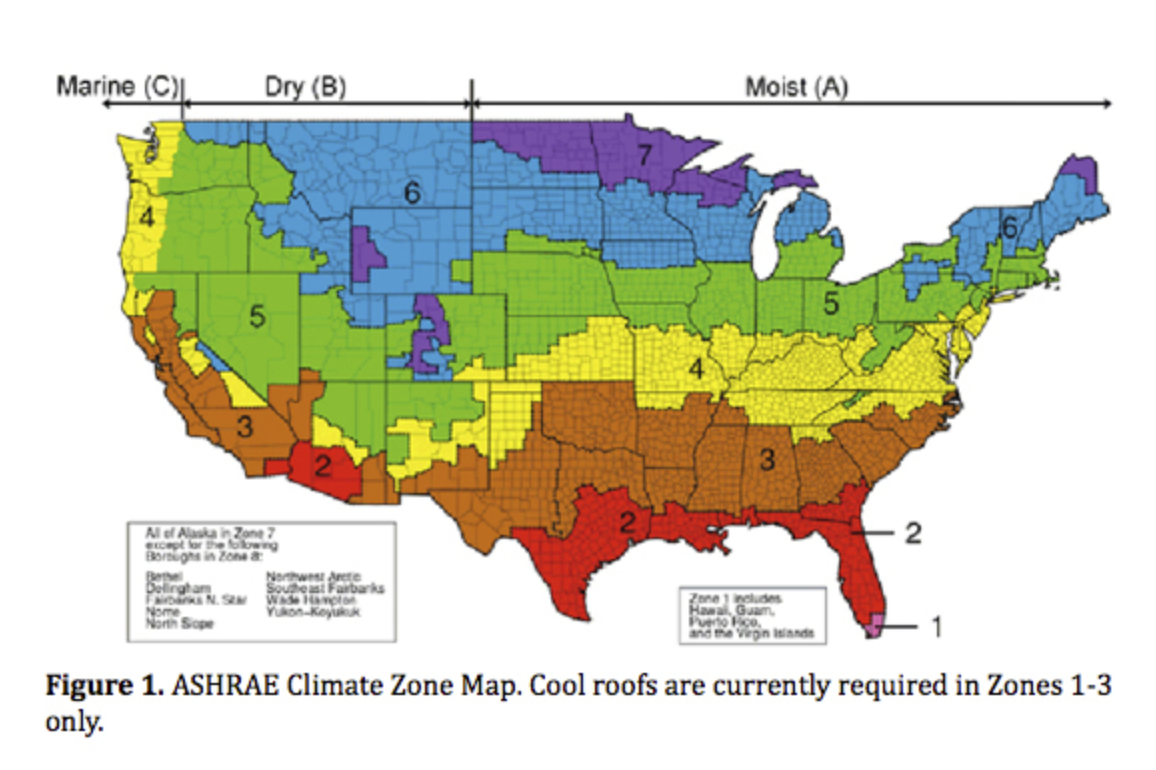 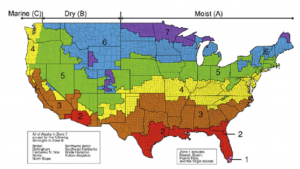 The overwhelming consensus is that cool roofs are a clear top choice in warm climates, but what about cooler ones?

Studies and decades of real-world experience clearly show that cool roofs are net energy savers and improve thermal comfort in Climate Zones 1-3. The model codes (ASHRAE and the I-codes) already include requirements for some new and replacement roofs to be highly reflective in these areas.

But what about “cool, northern” climates like Climate Zone 4? Shown in yellow on the ASHRAE Climate Zone Map in Figure 1, Zone 4 stretches from the Mid-Atlantic across the southern Appalachian states to the southern Midwest.

There are a number of myths that have led to a notion that the dividing line between “warm” and “cool” lies between Climate Zone 3 and Zone 4. In “cool” climates where heating degree days outnumber cooling degree days, the traditional thinking goes, the cost of extra heating demand caused by cool roofs in winter would offset the cooling energy cost savings in summer. Despite decades of market experience and a vast body of research supporting the net benefits of cool roofs in Climate Zone 4, this line of thinking has been an obstacle to cool roof policy in the United States. Let’s dispel some of those myths by looking at a few facts.

Conversely, the sun’s heat on a cold sunny day may cause heating degree days 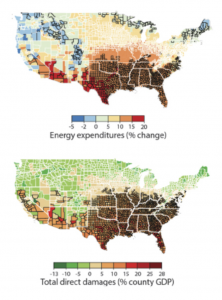 to overstate the true demand for heating energy. This suggests that reflective roofs can save energy over the course of a year even if heating degree days exceed cooling degree days. Or take heat from building occupancy and activity — many commercial buildings run space cooling year-round, thus negating the concept of a heating penalty altogether. The effect of occupancy will only increase as building standards require more insulation and fewer air gaps. The comparison of heating and cooling degree days, though simple and logical-sounding, is actually a very unreliable rule of thumb for the assessing the suitability of reflective roofs.

Unfortunately, most energy savings calculators exclude peak demand, thus painting only a partial picture of the energy savings opportunity of cool roofs. Peak reductions are more than just an energy saver. Most utilities charge a peak demand fee to non-residential customers based on their maximum demand in a given period of time. This fee can be more than half the bill for some customers. Peak 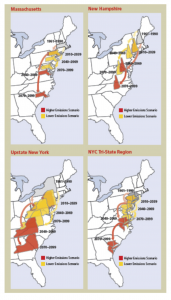 demand is also different from “base” cooling demand because it is not driven by climate. The graph in Figure 3 compares base and peak cooling demand for all U.S. climate zones and finds that peak demand requirements in Minneapolis are the same as they are in Phoenix.

It won’t just be hot areas getting hotter. An analysis by Union of Concerned Scientists forecast that, under a high but realistic emissions scenario, summers in New York City (the northernmost city in Climate Zone 4) could feel like South Carolina. Recently, the school district in Eau Claire, Wisconsin committed to replacing its black membrane roofs with white ones to help reduce temperatures during their increasingly hot summers. So, even if one still believes that Climate Zone 4 is too cool for cool roofs now, it certainly won’t be for long.