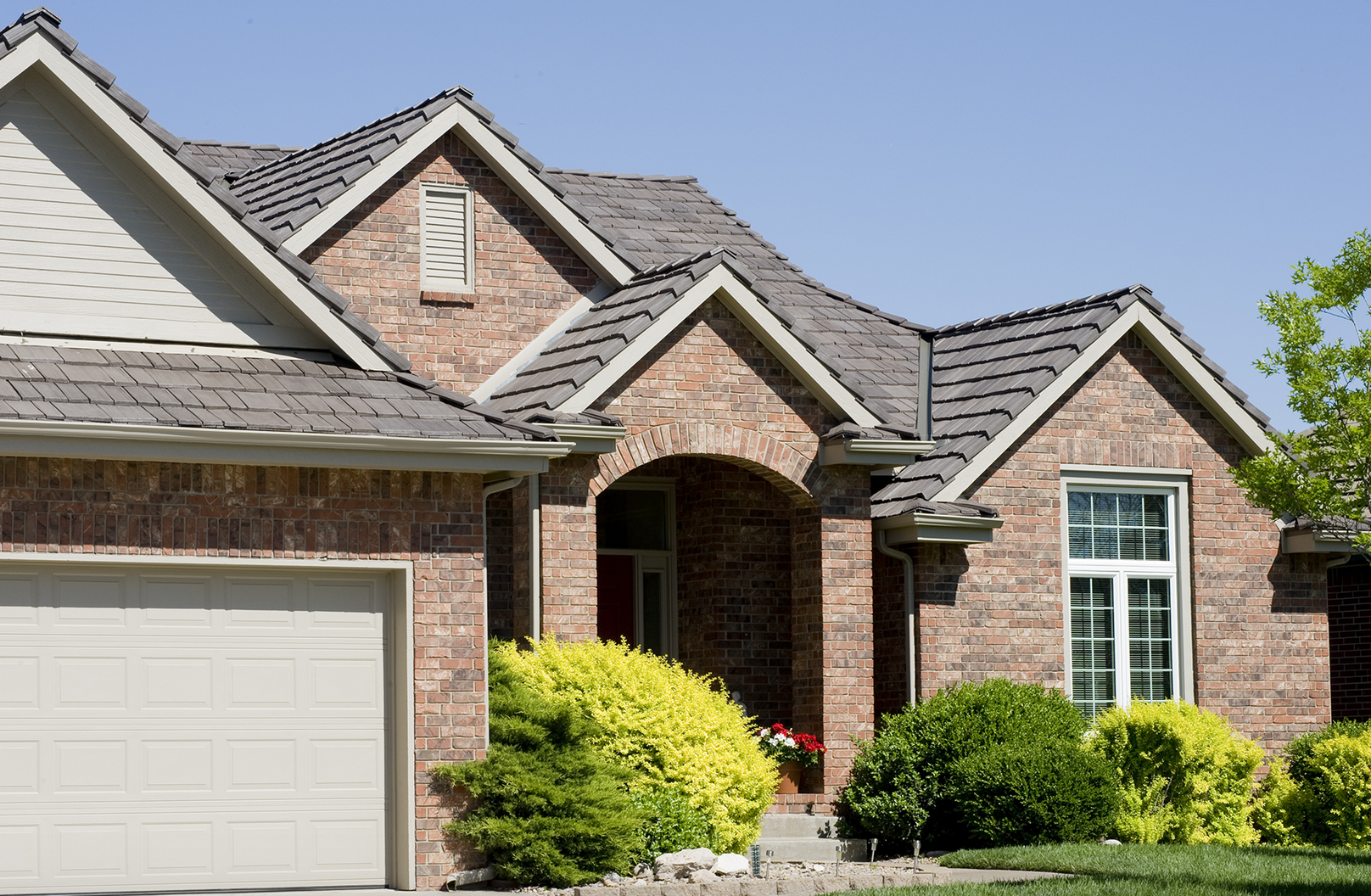 The morning of April 2, 2015, started out clear and sunny for residents at the Harbor Isle community in Wichita, Kan. By evening, a powerful microburst with winds reaching up to 100 mph destroyed a bulk of the roofs in the subdivision——except polymer roofs installed by Heiland Roofing and Exteriors, Wichita. 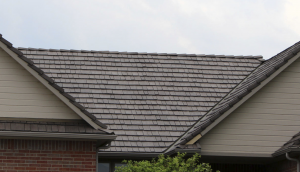 Polymer roofs installed in the Harbor Isle subdivision by Heiland Roofing and Exteriors, Wichita, received very little if any damage during the microburst.

“The majority of concrete tiles sustained very serious damage with many others demolished,” says Mike Heiland, president of Heiland Roofing and Exteriors. “Of the three composite roofs we installed in this community, one home had zero damage, another home had one missing ridge cap, and the third home needed approximately 10 feet of ridge replaced. That’s absolutely nothing compared to the devastation that all the other homes in that neighborhood experienced.”

According to homeowner Paul Dugan, roofing debris littered the entire Harbor Isle community after the storm. “Concrete roof tiles were thrown through neighbor’s windows, into vehicles parked along the streets and in driveways,” Dugan says. “A couple of the homes that had been recently reroofed by Heiland Roofing with polymer shake roofing tiles had every single tile in place and no visible damage to the property. I was very impressed and called Heiland Roofing the next morning.”

A distant relative to a tornado, the National Weather Service, Washington, D.C., defines a microburst as sinking air (or a downdraft) in a thunderstorm that is less than 2 1/2 miles in scale. A microburst can develop as a result of cooling beneath a thunderstorm cloud base or because of mid-level dry air entrainment.

Wet, dry and hybrid microburst distinctions exist. With each of these, significant straight-line wind damage can occur, resulting in snapped power poles and tree and roof damage. There can also be a loss of power and potential hail. In Wichita on April 2, all these factors occurred when strong straight-line winds hit the area before a bow echo thunderstorm. With an appearance like a comma—a round head on one end and a tail on the other—a bow echo thunderstorm moves rapidly. Generally, the atmosphere is unstable during these moisture-laden storms and wind shear is present, making bow echo thunderstorms very dangerous. 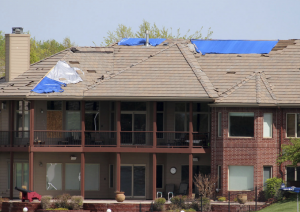 A powerful microburst with winds reaching up to 100 mph destroyed a bulk of the roofs in the subdivision.

Kansas residents are no strangers to severe weather. Located in Tornado Alley, most homeowners, like Dugan, understand their state is subject to unusually strong weather during the course of the year. That’s why many people, like the residents of Harbor Isle, seek out durable building products to help protect their homes and families.

“When constructed about 18 years ago, our community had wood shake and concrete tiles used for roofing,” says Dee Manning, president of the Harbor Isle I homeowner association, which consists of 59 homes. “As the years went on, the wood shakes were wearing out and, at the same time, they became harder to get insured. We wanted an alternative that was realistic looking but lightweight enough to be installed over the existing roof trusses of the homes in our community. We did our research and found a polymer roof tile that was a realistic alternative to natural cedar shakes. Our community started offering polymer products three years ago as an option for homeowners looking for replacement roofing.”

After the microburst, the homeowners’ association received notice that 15 to 20 roofs, plus a variety of decks, were damaged.

“Nothing will protect a home from Mother Nature if a tornado is sitting right on top of you,” Heiland says. “But if you’re on the outskirts and just getting pounding hail or strong winds, at least a manmade polymer roof will give your home a fighting chance.”

For almost a dozen years Heiland and his team have recommended and installed imitation slate and synthetic shake roofing products. “The look and durability of these imitation slate and synthetic shake shingles is simply incredible,” Heiland notes. “For our geographic area—and any part of the country that can get severe weather—the impact resistance of these products is a tremendous asset. In the many years I’ve been installing polymer roofing, we’ve never had one of their roofs totaled by hail.” 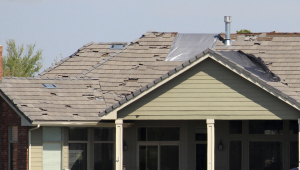 Fifteen to 20 roofs, plus a variety of decks, were damaged during the storm.

Made of 100 percent recyclable virgin resins, the polymer tiles installed on the Harbor Isle homes are engineered to resist fire, impact, insects and algae. The products are Class A-rated for fire retardance, have achieved a Class 4 impact rating and passed the TAS-100 certification test for wind-driven rain. The durable products have also passed the maximum of 110 mph in the ASTM D 3161 Standard for straight-line winds and achieved very high design pressures in TAS-125, a test to demonstrate wind uplifts and acceptability to be installed in High Velocity Hurricane Zones.

“After the microburst in April, there are at least 10 homes ready to commit to the polymer tiles to replace their destroyed concrete tile roofs,” Manning says.

Dugan was one of the homeowners ready for change. “I now have a [polymer] roof that looks exactly the same as the concrete tile roof but has the highest impact resistance in the industry,” he says. “The impressive interlocking system allows for installation with securing the tile in all four corners so we’re not going to worry about tiles peeling back and blowing away in future storms.”

Be the first to comment on "Polymer Roofing Stands Up to Wichita, Kan., Weather"