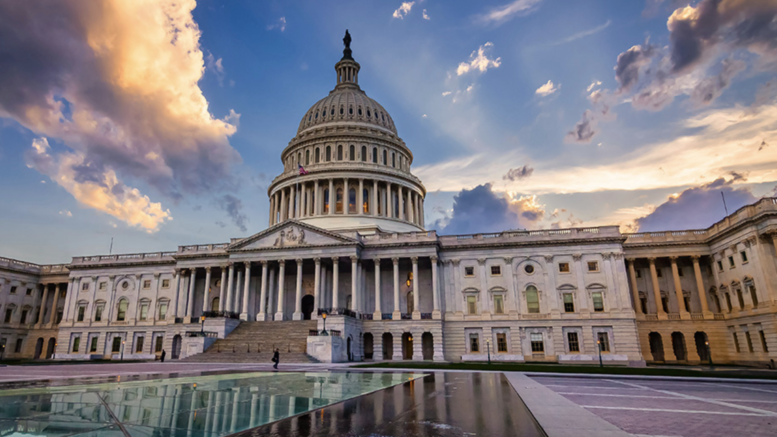 On March 9, 2021, the U.S. House of Representatives voted 225-206 to approve the Protecting the Right to Organize (PRO) Act, an expansive pro-union bill that would make significant changes to current U.S. labor laws. While the PRO Act still requires Senate approval and President Joe Biden’s signature to become law, it is imperative that contractors fully appreciate the potential sweeping changes to the construction industry that could result if the law is formally enacted.

Of the changes proposed under the PRO Act, the change with the most impact to the construction industry is the classification of an independent contractor versus an employee. In the construction industry, the use of subcontractors is standard practice. The nature of the business requires a wide range of expertise and the use of independent contractors is often pertinent to the completion of a project.

Over time, the traditional relationship of employer-employee has changed significantly. Generally, classifying an individual as an independent contractor rather than an employee is an attractive option for some employers as it comes with financial benefits and less regulation and government oversight. For example, using independent contractors and subcontractors can eliminate expenses associated with employees including, but not limited to, payroll tax, benefits, and workers’ compensation. Additionally, the use of independent contractors can provide a company with short-term staffing that a company may not have in-house or the ability to supplement a contractor’s full-time workforce.

Currently, however, there are three main tests used to determine an individual’s status as an independent contractor, which are used by (1) the U.S. Department of Labor (DOL), which administers the Fair Labor Standards Act (FLSA); (2) the U.S. Internal Revenue Service (IRS), which oversees the withholding of federal income taxes as well as Social Security and Medicare contributions; and (3) the courts, which determine who qualifies for unemployment benefits, employer liability under various legal doctrines, and protection under statutes such as anti-discrimination laws. All three tests largely focus on the degree of control and independence evident in the relationship between worker and employer; however, which test is applied depends on the specific circumstances.

The “economic realities” test is routinely used to determine if an individual is an employee eligible to receive FLSA benefits. The economic realities test attempts to establish whether the worker is economically dependent on the employer by applying a number of significant factors, including:

• The degree of control the employer has over the manner in which an individual’s work is performed.

• An individual’s opportunities for profit or loss dependent on his managerial skill.

• An individual’s investment in equipment or material or his employment of other employees.

• The degree of skill required for the work performed by the individual.

• The permanence of the working relationship between the individual and the employer.

• The degree to which the services rendered by an individual are an integral part of the employer’s business.

Importantly, none of these factors alone are determinative, and the classification that employers and workers agree upon has no bearing on the determination.

Generally stated, under the IRS test, a worker who performs services for an employer is an employee if the employer has “the right to control what will be done and how it will be done. This is so even when [the employer] gives the employee freedom of action. What matters is that [the employer] has the right to control the details of how the services are performed.” In the past, the IRS used a “20 Factor Test” to evaluate workers to determine whether the worker was an independent contractor or an employee. Those factors have since been compressed into three general categories for IRS review of the specific situation:

Behavioral control analyzes whether a business directs or controls the manner in which the work is completed. The more influence the hiring contractor has over the way the work is done, the more likely the individual hired will be classified as an employee rather than an independent contractor. For example, if the hiring contractor has a significant amount of influence over the instruction type, degree of instruction, evaluation systems, and training, it is more likely that the individual hired will be considered an employee. Independent contractors are generally provided with less instruction than employees, as contractors usually have the autonomy to determine when, where, and how the work is completed. Likewise, independent contractors are not typically provided with any training from the employing entity, while employees are usually trained by their employer.

The PRO Act now awaiting Senate approval seeks to redefine what constitutes an independent contractor through a much stricter interpretation that the DOL’s economic realities test and the IRS’s test. The PRO Act, which would also expand unionization rights, would alter the usual tests by classifying workers as employees unless the following three criteria are met:

• The service is performed outside the usual course of the same nature of the business of the employer.

• The individual is customarily engaged in an independently established trade, occupation, profession, or business of the same nature as that involved in the service performed.

Understandably, the second prong of the test presents the most complication for the construction industry. Under the PRO Act, hiring a subcontractor to supplement the general contractor’s crew could be a violation of the National Labor Relations Act, resulting in stiff penalties. For example, a first penalty for miscommunicating to an employee what their designation is would be $50,000 but could increase to $100,000 depending on the extent of the violation.

It is no surprise that the construction industry strongly opposes the newly-proposed PRO Act rule, and while the PRO Act still faces Senate and Presidential approval, it is imperative that contractors remain knowledgeable about the potential implications of the changing employment landscape.

About the author: Keith A. Boyette is an attorney with Anderson Jones, PLLC, a construction law firm in Raleigh, North Carolina, with attorneys licensed in North Carolina, South Carolina, and Georgia. He assists clients throughout the litigation process, from pre-filing advice to mediation, settlement negotiations and trial. For more information or questions about this article, please email Keith at kboyette@andersonandjones.com.

Be the first to comment on "Pending Legislation Could Impact Classification of Independent Contractors, Employees"