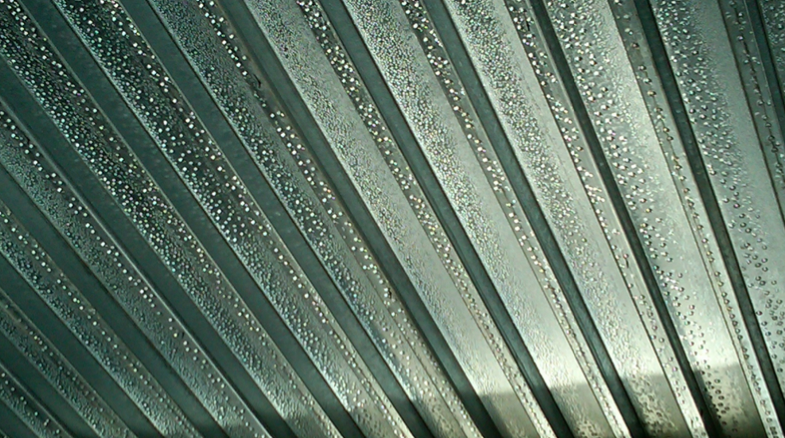 PHOTO 1: If not controlled, construction-generated moisture can have deleterious effects on new roof systems.

The need for, use and design of a vapor retarder in the design of a roof system used to be a hotly debated topic. It appears now—when vapor retarders are needed more than ever—the design community seems to have lost interest, which is not good, considering how codes and standards (altered through concerns for energy savings) have changed how buildings are designed, constructed and operated. Most notably, positive building pressures are changing the game. 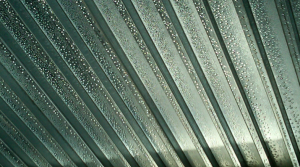 PHOTO 1: If not controlled, construction-generated
moisture can have
deleterious effects on new
roof systems.

A vapor retarder is a material or system that is designed as part of the roof system to substantially reduce the movement of water vapor into the roof system, where it can condense. Everyone knows that water in roof systems is never a positive. Typically, a vapor retarder has to have a perm rating of 1.0 or less to be successful. Through my recent observations, the lack of or poorly constructed vapor retarders contribute to ice under the membrane, soaked insulation facers, destabilized insulation, rusting roof decks, dripping water down screw-fastener threads, compromised fiber board and perlite integrity, mold on organic facers and loss of adhesion on adhered systems, just to name a few. Oh, and did I fail to mention the litigation that follows?

The codes’ “air-barrier requirements” have confused roof system designers. Codes and standards are being driven by the need for energy savings and, as a consequence, buildings are becoming tighter and tighter, as well as more sophisticated. This article will discuss preventing air and vapor transport of interior conditioned air into the roof system and the need for a vapor retarder. The responsibility of incorporating a vapor retarder or air retarder into a roof system is that of the licensed design professional and not that of the contractor or roof system material supplier.

WHEN TO USE A VAPOR RETARDER

So the question arises: “When is it prudent to use a vapor retarder?” This is not a simple question and has been complicated by codes, standards, costs and building construction, changing roof membranes and confusion about air barriers. Then, there is the difference in new-construction design and roof removal and replacement design. Historically, it was said that a vapor retarder should be used if the interior use of the building was “wet”, such as a pool room, kitchen, locker shower rooms, etc.; outside temperature in the winter was 40 F or below; or when in doubt, leave it out. In my experience, changes in the building and construction industry have now made the determination criteria more complex.

I find there are typically three primary scenarios that suggest a vapor barrier is prudent. The first is the interior use of the building. The second is consideration for the control of construction-generated moisture, so that the roof can make it to the building’s intended use (see photo 1). The third consideration is the sequence of construction. In all three situations I like to specify a robust vapor retarder that “dries in” the building so that interior work and construction work above the vapor retarder can take place without compromising the finished roof. Consider the following:

This characteristic is often the most determinant. If the interior use of the building requires conditioned air and has relative-humidity percentages great enough to condense if the exterior temperatures get cold enough, a vapor retarder is needed to prevent the movement of this conditioned air into the roof system where it can condense and become problematic.

Most designers consider building use only in their design thinking, and it is often in error as the roof system can be compromised during construction and commissioning (through interior building flushing, which can drive moist air into the roof system) before occupancy. 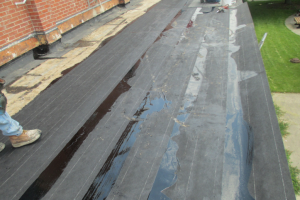 PHOTO 2: To seal two-ply asphaltic felts set in hot asphalt on a concrete roof deck, an asphaltic glaze coat was applied at the end of the day. Because of the
inherent tackiness of the asphalt until it oxidizes, Hutch has been specifying a smooth-surfaced modified bitumen cap
sheet, eliminating the glaze coat.

I have seen roof systems on office buildings severely compromised by construction- generated moisture caused by concrete pours, combustion heaters, block laying, fireproofing, drywall taping and painting. Thus, a simple vapor retarder should be considered in these situations to control rising moisture vapor during construction, which includes the flushing of the building if required for commissioning.

Building construction takes place year round. It is unfortunate decision makers in the roofing industry who are pushing low-VOC and/or water-based adhesives do not understand this; problems with their decisions are for another article. If the roof is to be installed in late fall (in the Midwest) and interior concrete work and/or large amounts of moisture-producing construction, such as concrete-block laying, plastering, drywall taping or painting, are to take place, a vapor retarder should be considered.

How will the building, especially the façades, be constructed? Will they be installed after the finished roof? This creates a scenario for a damaged “completed” roof system.

With Today’s ‘New Age’ Roofs, Removing All System Components May Not Always Be Required or in the Clients’ Best Interest