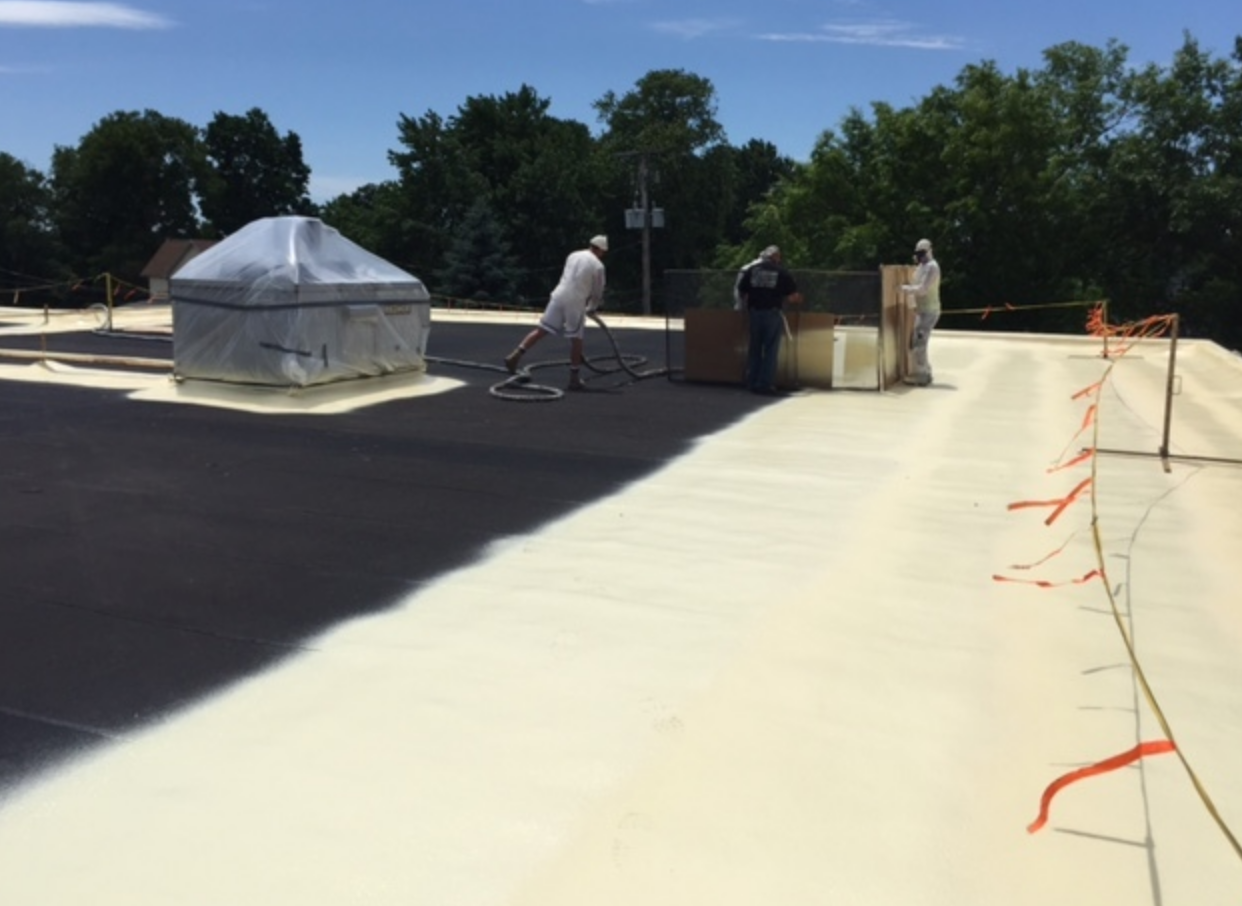 The existing roof experienced areas of ponding water that were remedied with spray foam that created a slope toward drains. 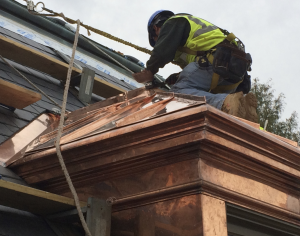 The upper standing-seam roof was removed and replaced with 24-inch-wide, 20-ounce copper coil rollformed into 1-inch-high by 21-inch-wide continuous standing-seam panels that matched the original profile. The eave bullnose, which also served as the mansard flashing, was removed and returned to Wagner Roofing’s shop where it was replicated to match the exact size and profile.

The 34 dormer roofs were replaced with 20-inch-wide, 20-ounce copper coil formed into 1-inch-high by 17-inch- wide continuous standing-seam panels. The decorative ornate fascia of the dormers was carefully removed and Wagner’s skilled craftsmen used it as a template to develop the new two-piece copper cornice to which the roof panels locked. The cheeks and face of the dormers were also re-clad with custom-fabricated 20-ounce copper.

The oversized built-in-gutter at the base of the slate mansard was removed and replaced with a new 20-ounce copper liner custom-formed and soldered onsite. The replacement included a specialty “bull-nosed” drip edge at the base of the slate and an ornate, custom-formed fascia on the exterior of the built-in gutter. The decorative copper fascia included 85 “hubcaps”, 152 “half wheels” and 14 decorative pressed-copper miters. The original hubcap and half-wheel ornaments were broken down and patterns were replicated. Each ornamental piece was hand assembled from a pattern of 14 individual pieces of 20-ounce copper before being installed at their precise original location on the new fascia. The miters were made by six different molds, taken from the original worn pieces, to stamp the design into 20-ounce sheet copper.

Maury Hall was built in 1907 and was designed by Ernest Flagg. Flagg designed many of the buildings at the U.S. Naval Academy, including the Chapel, Bancroft Hall, Mahan Hall, the superintendent’s residence and Sampson Hall. His career was largely influenced by his studies at École des Beaux-Arts, Paris. Examples of Flagg’s Beaux-Arts influence can be found in the decorative copper adorning the built-in gutter on building designs.

Maury Hall currently houses the departments of Weapons and Systems Engineering and Electrical Engineering. The building sits in a courtyard connected to Mahan Hall and across from its design twin, Sampson Hall.